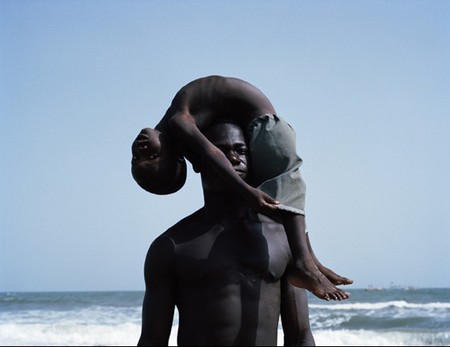 Africa can be a source of endless inspiration. In Viviane Sassen’s case, it has influenced her entire oeuvre and helped her to shape her distinct artistic style. No matter whether Sassen shoots a new collection for a famous brand or she photographs for her own exhibition and photo book, the elements of her style can be certainly discerned and admired. Join us as we take a closer look at the life and work of this renowned photographer. 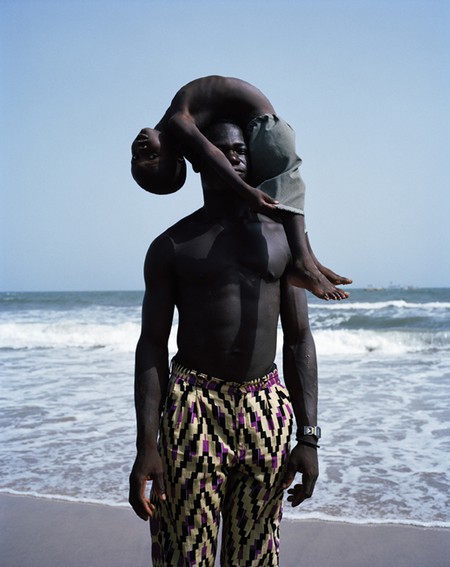 Viviane Sassen was born in Amsterdam in 1972, but she spent part of her childhood in Kenya, where her father worked at a clinic. She moved there at the age of two, but leaving beloved Africa a few years later and moving back to the Netherlands – a home she did not remember – was difficult for her. Indeed, Africa has vastly influenced her ensuing career. Even now, she often travels there for work.

She first studied fashion design at the Royal Academy in Arnhem and also worked as a model for Viktor & Rolf. This brand was founded by Viktor Horsting and Rolf Snoeren, who – similar to Sassen – studied fashion at the Royal Academy in Arnhem. Through this brief experience as a model, Sassen became acquainted with photography, and her modeling career enabled her to create contacts with professional photographers and learn more about the craft from them. 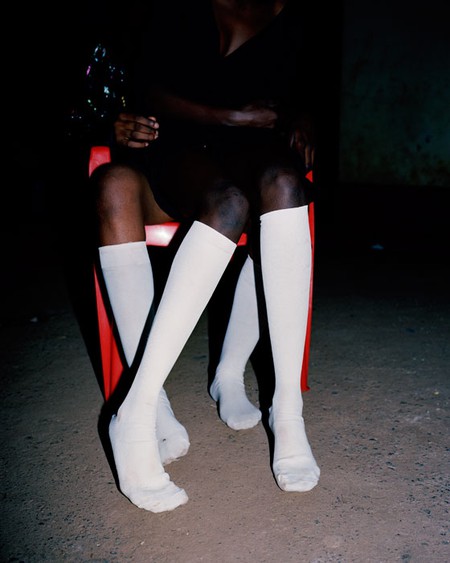 Sassen soon realized she enjoyed creating pictures more than clothes and chose to leave her fashion school in Arnhem in 1992; she went to study photography in Utrecht and obtained her Master in Fine Art in 1997. Her first solo exhibition was called I see you gorgeous blossom special, and it took place in the Netherlands in 2001.

Sassen now exhibits all around the world and is an established fashion photographer as well as a fine art photographer. A characteristic feature of her work is people in unnatural and sometimes also uncomfortable positions through hidden faces, geometrical shapes, clear colors, fascinating backgrounds, and shadows. 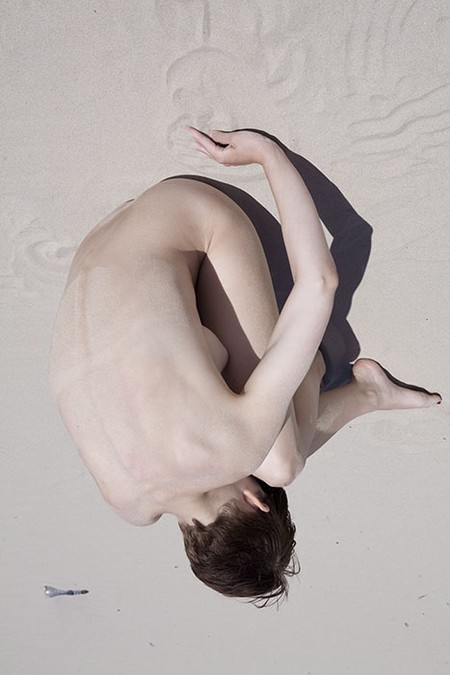 © Viviane Sassen | series In and Out of Fashion| Nest

Viviane Sassen is one of those photographers who approaches even commercial photo shoots like an artist. The most important thing about the photograph for her is not a brand new dress or the model, but the picture itself. For this reason, Sassen does not hesitate to experiment with the camera to reach the best result. 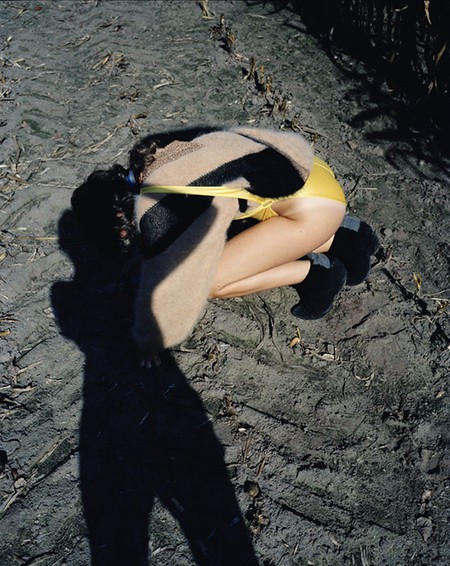 © Viviane Sassen | series In and Out of Fashion| Bird

Viviane’s distinct artistic style of injecting art into fashion photography may be something unusual, but it definitely introduces a lively idea and is a wonderful enrichment of the world of photography. Over the years, she has collaborated with big brands like Louis Vuitton, Paul Smith, Miu Miu, Acne Studios, Adidas, and Stella McCartney.

Viviane’s recent photo book and exhibition called UMBRA was indeed a success. The exhibition UMBRA – meaning shadows in Latin – was nominated for the Deutsche Börse Photography Prize 2015, which is the most prestigious photography award in Europe. This is a great accomplishment, confirming that Viviane Sassen belongs among the greatest geniuses of photography. 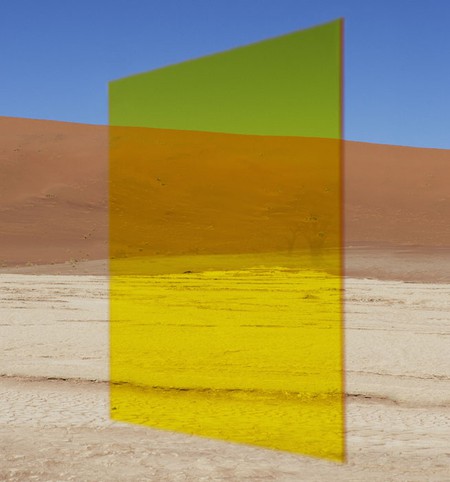 The photo book UMBRA also received the Gold Medal award for the best photo book of the year 2016 at the Fotobuch Preis Germany – the same prize she got two years ago for her work In & Out of Fashion.

Another couple of Sassen’s works that are important to highlight are the projects Flamboya and Parasomnia – shot in Africa like her other projects. Flamboya depicts the life of the people in Africa in a way that is on the one hand surprisingly realistic, but on the other hand indicates the artistic style of the author. Flamboya is a photo series of spontaneous or performative portraits that capture people in their daily routine. However, their faces are hidden, and their bodies are in unrealistic positions, as depicted in the photo D.N.A. above.

Parasomnia, while also presenting African subjects, is much more dreamlike; as can be seen in the photo titled White Socks #2, the picture is mysterious, balancing on the verge of dream and reality. After all, the word Parasomnia is a Latin word designating a sleeping disorder of suffering from nightmares, sleep-talking, and sleepwalking. Viviane did not simply display her work at the exhibitions; she published her projects as photo books, too. 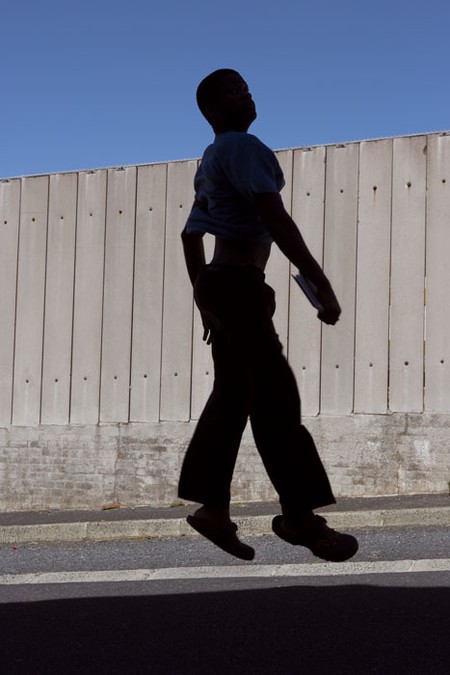 These are only the most recent accolades representing Sassen’s successes. It is also worth mentioning that she was the winner of the Prix de Rome Visual Arts in 2007 with her series from Africa called Ultra Violet. The Prix de Rome is the oldest prize in the Netherlands, founded in 1807 by Luis Bonaparte, the younger brother of the more famous member of the Bonaparte family.

The long count of achievements only confirms that Viviane Sassen is one of the most important contemporary photographers, able to seamlessly contribute to the worlds of both fashion and art. 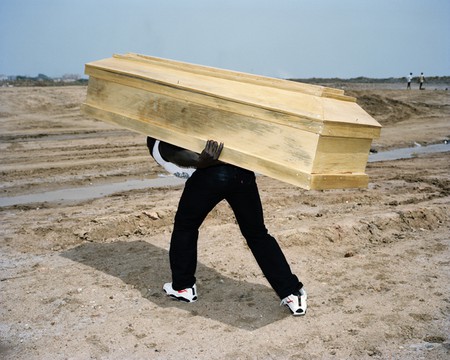