The Most Non-Touristy Experiences in Leeuwarden, the Netherlands

Grand Café Post-Plaza | © Post Plaza Hotel & Grand Café
Looking to stray off the beaten track while exploring the northern reaches of the Netherlands? Then make sure to check out the following non-touristy sights and attractions in Friesland’s provincial capital, Leeuwarden.

Dutch exotic dancer, courtesan and spy Mata Hari was born and raised in Leeuwaarden. Her exploits during World War I and subsequent execution by firing squad have since become legendary and there are several tributes to her around Leeuwarden, including a statue bearing Mata Hari’s likeness near her birthplace on Kelders 33. 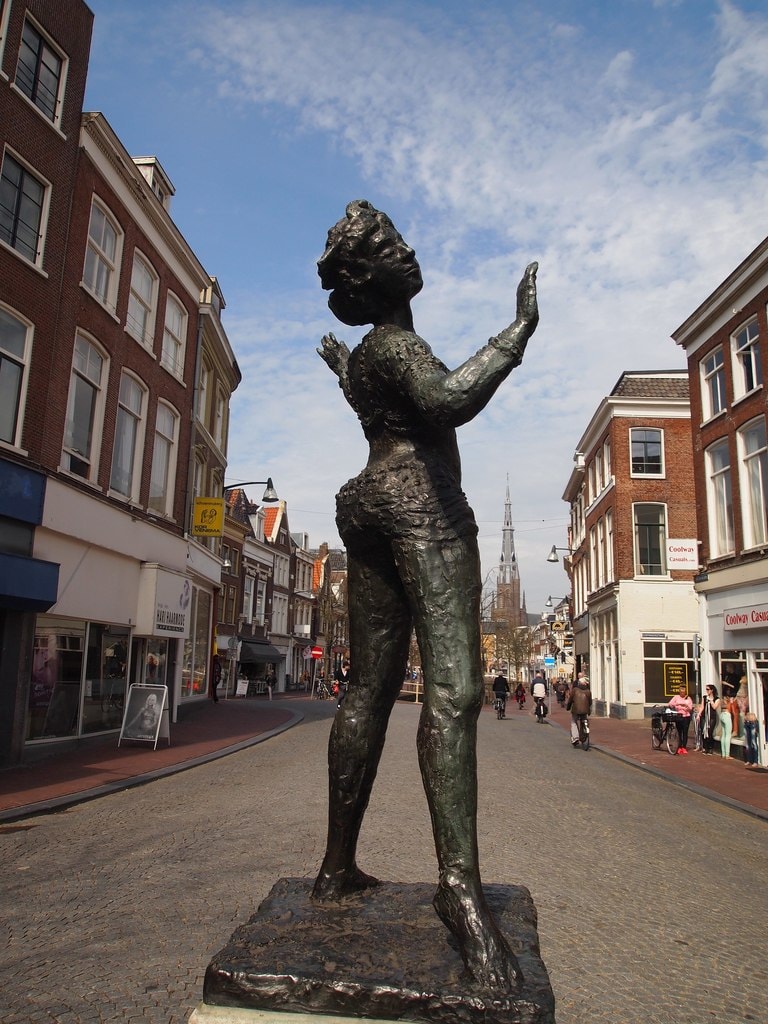 This 283km hiking route trails between the 11 Frisian cities that serve as checkpoints for the Elfstedentocht speed skating race. This competition only takes place when waterways throughout Friesland gather enough ice, meaning that decades often pass between each Elfstedentocht. Nonetheless, it is possible to experience parts of the race’s route by following the footpath in question (while exploring Friesland’s stunning countryside)

Sneek serves as checkpoint during Elfstedentocht (and Elfstedenpad) © pixabay

Fortifications have stood on Blokhuispoort’s foundation since Saxon times in the Netherlands and the complex functioned as a prison for a significant part of Leeuwaarden’s history. Since 2015 the site has housed an enormous cultural centre that accommodates over 100 creative businesses including offices, cafés and a hostel. Blokhuispoort is definitely a good place to start for anyone looking to discover Leeuwarden’s contemporary culture and the complex frequently hosts events like concerts, meet-ups and open-mic sessions. 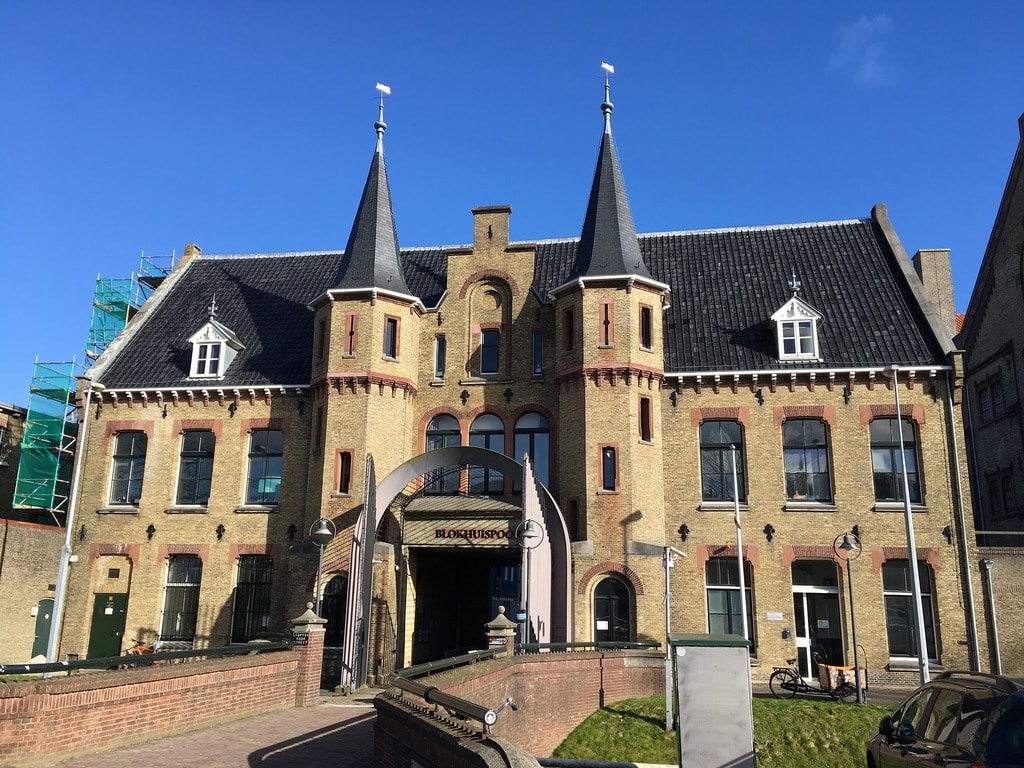 For one reason or another, delicious liquors like jenever or korenwijn are pretty difficult to find outside the Netherlands, despite the fact that they are incredibly popular inside Dutch borders (and taste amazing). Fortunately there’s an old-school distillery in Leeuwarden that produces the aforementioned spirits and lets visitors explore its facilities, before settling into a sampling session.

This awesome pharmacy dates back to the early 20th century and was designed according to tenets drawn from Art Nouveau. Its stunning facade features a flowing, almost organic layout and centres around a Mucha-esque motifs of the Greek goddess of health Hygiea. The pharmacy is still in business and welcomes customers five days per week. 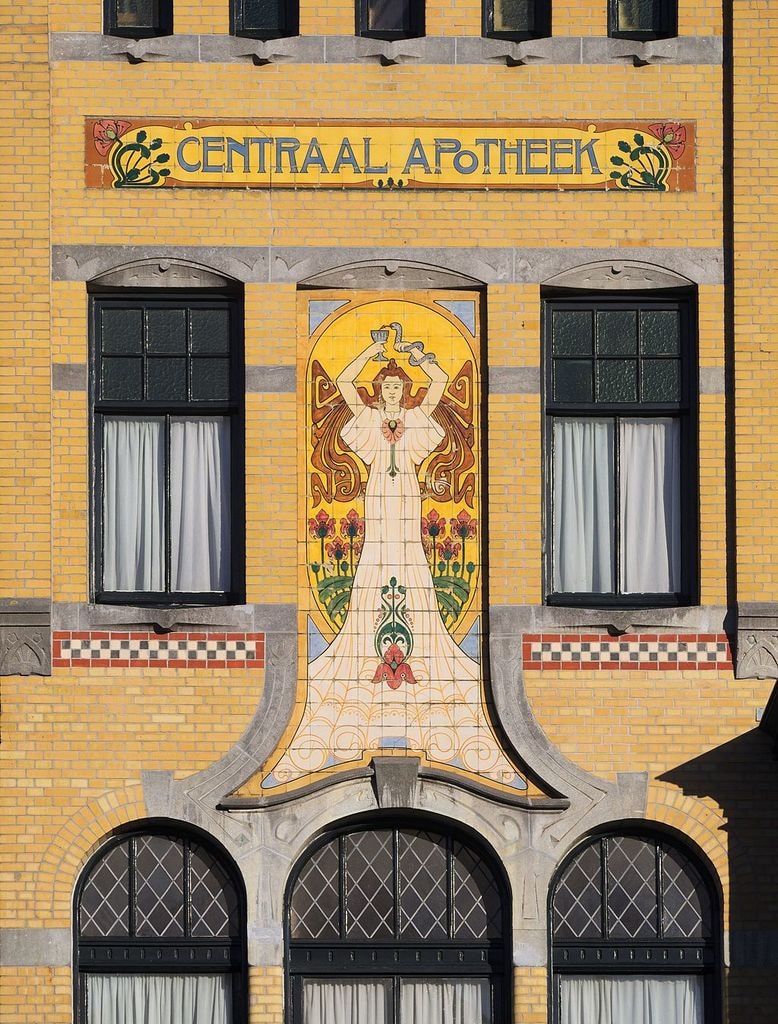 As its name suggests, this boutique hotel and grand café is housed inside a renovated post office on Tweebaksmarkt. This complex was once Leeuwarden’s main post centre and features absolutely stunning design elements, including high-ceiling, redbrick facades and exposed wooden beams. Post-Plaza encourages guests to make themselves at home in their grand café and offers a wide range of food, beer and coffee. 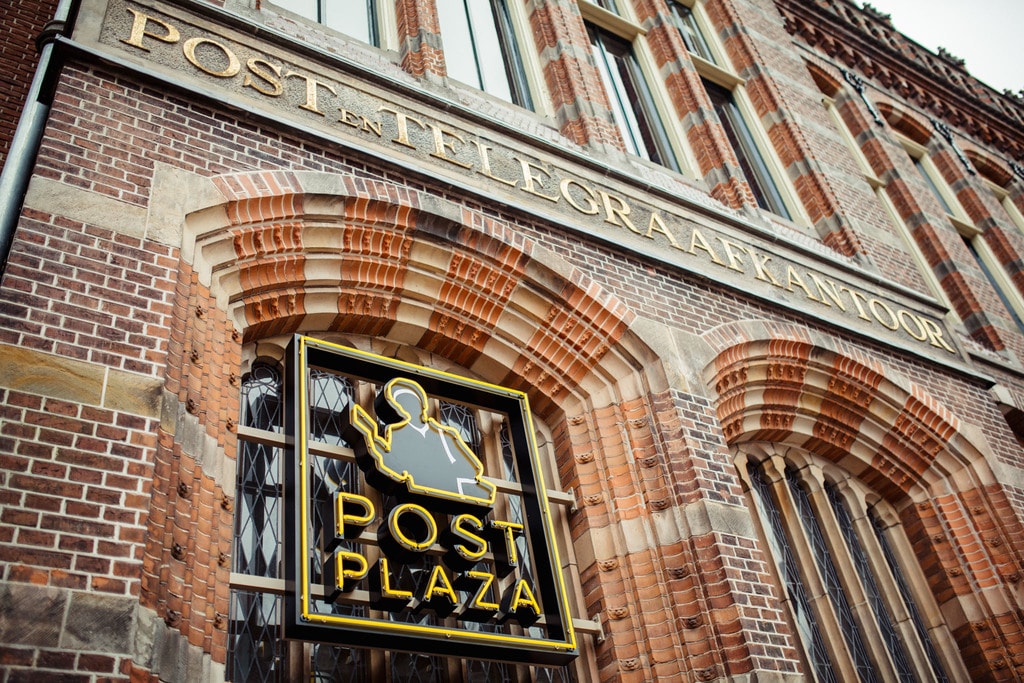 This authentic mom and pop store was saved from closure in 1991 and converted into a living, historical museum. The whole store has been perfectly preserved and still sells a wide range of old-timey or traditional products like boiled candies and Frisian Orange Cake. 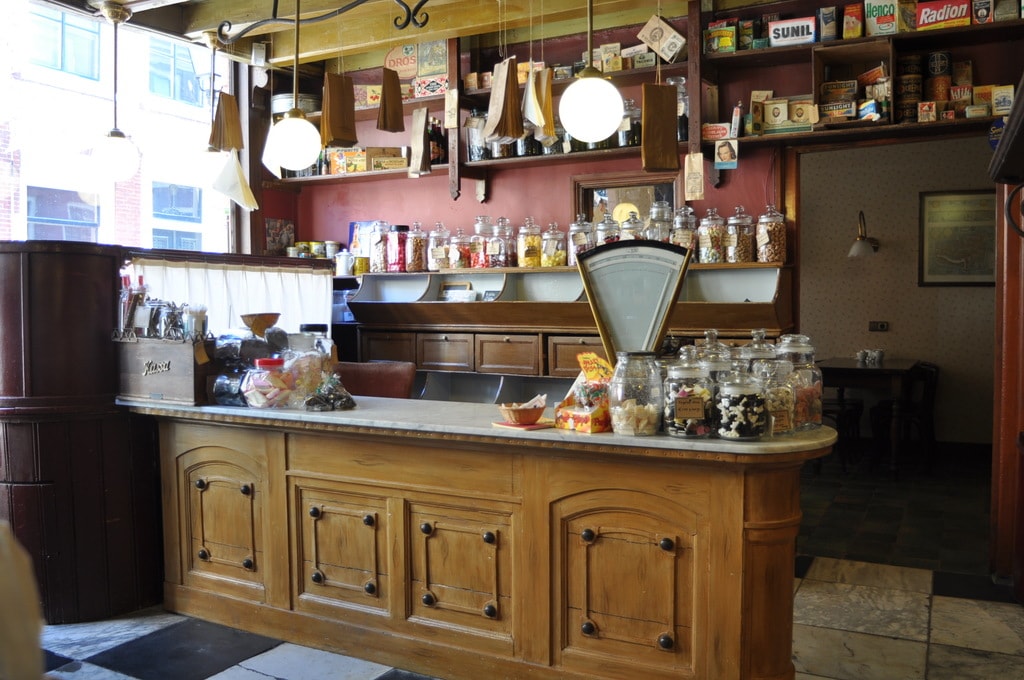 Instead of simply raising its deck to allow boats to pass underneath, this bridge in Leeuwarden pulls an entire section of road from the highway, then lifts it into the air. Although this movement might seem utterly ridiculous, it allows traffic to flow much quicker beneath and over the bridge. 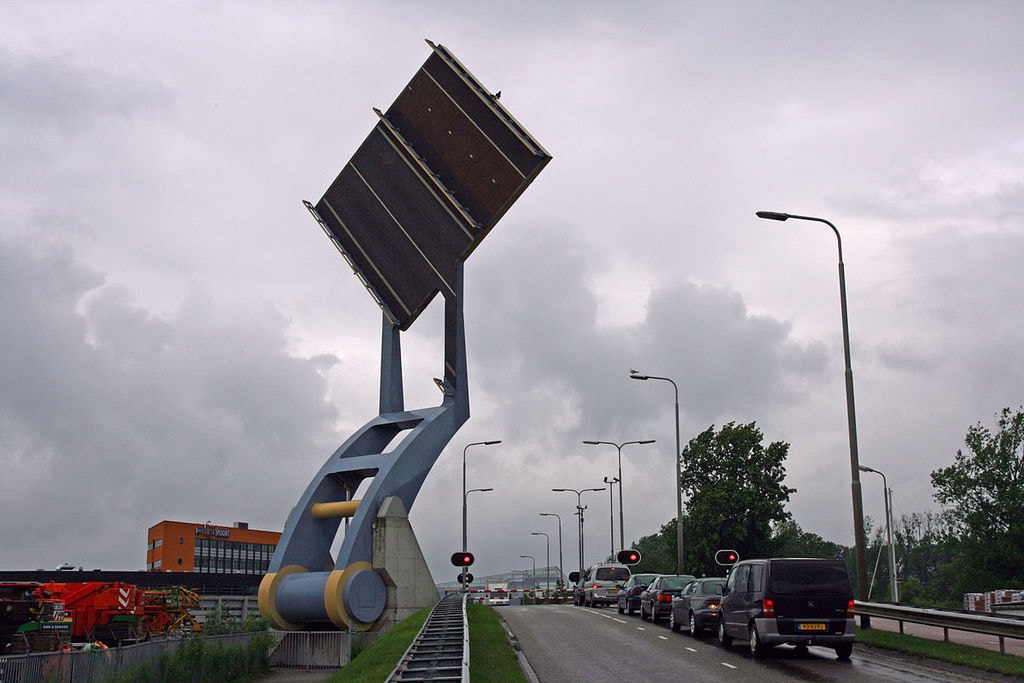