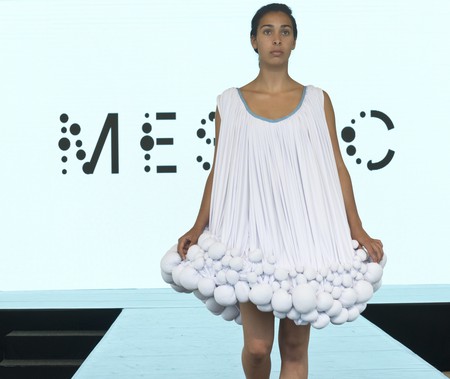 To deal with the massive surplus of cow poo in the Netherlands, a company has developed a method to turn manure into bioplastic, which can be used to create sustainable fashion.

In 2016, Dutch designer Jalila Essaïdi and her team presented a fashion show featuring clothing made from dung to demonstrate manure’s hidden potential and shift the public’s perceptions of cow droppings. Essaïdi’s startup continues to focus on the creation of sustainable fabrics to help tackle modern society’s overconsumption and climate change.

Though cow manure has its place within agriculture and often becomes fertiliser, the Dutch dairy industry produces too much dung to deal with. This excess poop is a serious issue, as manure contains ecologically harmful chemicals, such as phosphorus and nitrogen, which can damage the environment when they aren’t disposed of properly. Recent estimates suggest that Dutch livestock farms produce 76 billion kilograms of manure per year, in turn contributing to larger, global problems related to pollution and waste management. Essentially, there’s too much cow poo in the Netherlands and nowhere to put it. 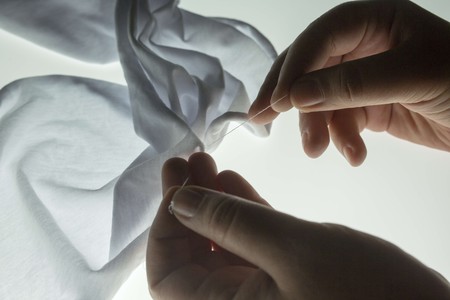 In order to address this problem, Jalila Essaïdi began experimenting with dung in 2015, developing techniques to transform cow manure into something useful. Within a few months, Essaïdi and her team invented a method to recycle cow manure into bioplastic, creating a new material that they christened Mestic (a portmanteau of the Dutch word for dung: mest, and plastic). Thanks to its strength, versatility and availability, this innovative material has serious potential and could help solve the Dutch dung crisis by creating a circular economy that treats manure as a resource, rather than waste. 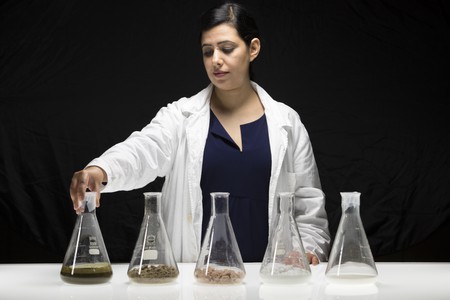 According to its creators, Mestic has many possible uses and can be adapted into materials with the same qualities as paper, plastic and textiles. In June 2016, Essaïdi and her team organised a fashion show to demonstrate Mestic’s capabilities, presenting a selection of haute couture items made from manure. The show was an immediate hit and the project has since been awarded several accolades, including the H&M Global Change Award. While wearing clothes containing dung might seem rather off-putting, Mestic looks (and smells) like any other fabric, resembling something akin to a silky, cotton blend. 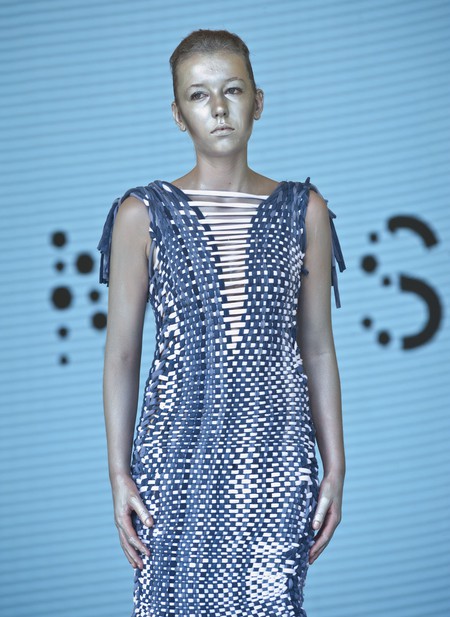 While it is possible that Mestic will appear on other catwalks, the fashion show was mainly organised to illustrate the material’s potential and push against people’s negative associations with manure. Aside from curbing surplus cow poo in the Netherlands, the project also aims to change the public’s attitudes towards substances that are generally considered disagreeable and to encourage the development of viable, environmentally-friendly alternatives to conventional materials.

Essaïdi and her team have remained busy and are currently developing an industrial-size manure refinery in the Netherlands, in collaboration with 15 local farms. Essaïdi has also stated that she intends to develop Mestic’s properties further to make it suitable for 3D printers, opening up an even larger range of possibilities for this innovative, if unusual, invention.

Although making bioplastic from manure is certainly original, there are several other similar projects underway elsewhere in the world that employ unsightly ingredients to address problems related to modern food production. For instance, in 2017, a bakery in Finland unveiled a protein-rich type of bread made from minced crickets, which is reportedly more nutritious than regular loaves and contains ingredients (in this case, insects) that are less damaging to the environment.