Iwan Baan | 10 Things to Know About Holland's It Photographer 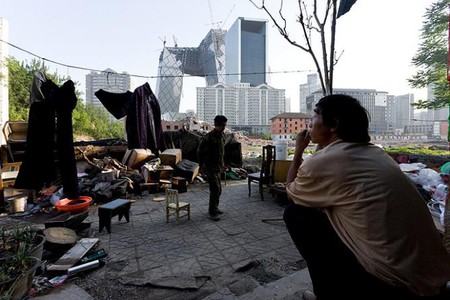 In 2010 Baan won the Julius Shulman Photography award. In 2012 he made headlines when his award-winning photograph of Manhattan after Hurricane Sandy adorned the cover of New York Magazine. One of the most well-known architectural photographers of today, Iwan Baan is one to watch. Here are 10 interesting facts about Iwan Baan.

1. Baan never planned to be an architectural photographer.

Less than ten years ago, Iwan Baan saw an exhibition on the history of Europe produced by OMA, the research studio of architect Rem Koolhaas. Interested in interactive panoramic photography at the time, he contacted Mr. Koolhaas with a proposal to turn his exhibition into an interactive website. From this initial contact, the pair developed an incredibly fruitful collaboration and have produced numerous projects together.

2. He was bored by architectural photography at first.

Like a true child of technology, Iwan Baan dropped out of The Royal Academy of Art, the Hague, partly in protestation to his professor’s disdain of digital mediums. A large part of his interest lies in the ability of technology to provide an interactive image to further connect viewer and space.

4. He enjoys a good juxtaposition.

Iwan Baan’s first collaboration with Rem Koolhaas was the documentation of the construction of the CCTV (China Central Television) tower in Beijing, China. Most interesting for Iwan Baan was the contrast of the sleek design of the finished product with the ephemeral communities of migrant workers constructed around the site. 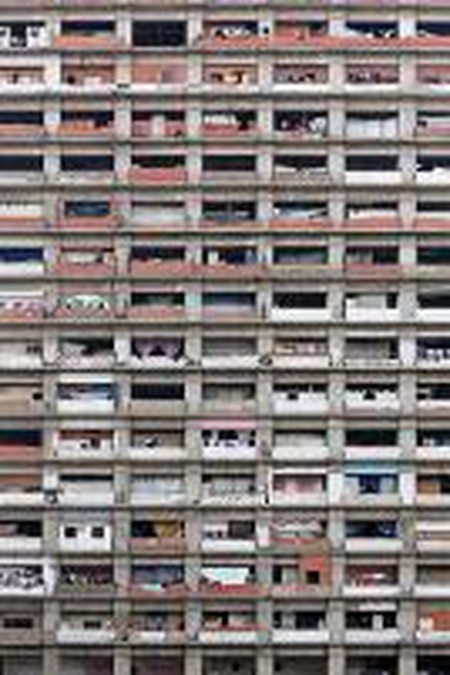 5. He likes buildings that develop organically.

In 2011, Iwan Baan published a photo essay in New York Magazine giving insight into the urban landscape of Caracas, Venezuela. Of particular focus was the Torre David, a 45-story tower that was only partially completed in the 1990s due to economic stagnation. Today the building is a true ‘living city’ with every possible corner occupied and with purpose. While the framework of concrete pillars has necessarily been maintained, the spaces within have been shaped to accommodate the needs of the people. Even the accompanying empty car park has been utilised as a taxi rank for transportation for upper floor residents (elevator installation, alas, fell late in the construction timeline). To hear Bann discussing the project, watch the TED talk titled, ‘Ingenious homes in unexpected places’.

Iwan Baan is considered by many to be the peripatetic rock star of architectural photography, crossing the globe in pursuit of projects that interest and excite him. His recent exhibition 52 Weeks, 52 Cities, held at MARTa Herford Museum in Germany, plays on this element of his work while attempting to change the ways in which we think of the built landscape.

Iwan Baan shoots most of his photographs with a handheld digital Cannon. Mobility is key, as is the ability to work alone. Playing photographer incognito without the recognisable trappings of his profession means that he is able to go unnoticed, photographing his surroundings without superficial poses. Additionally, he renounces the trend in architectural photography to retouch photos, partly because he feels the perceived imperfections of a building give personality, but also because it saves time.

Iwan Baan loves aerial photography as a means to gaining an understanding of the context of the building he is photographing. In the same way that he refuses to divorce people from his shots, he refuses to neglect a building’s surroundings. He always makes sure to carry large amounts of cash so that he can rent helicopters should he need to capture an aerial perspective. He also carries a mini remote-controlled helicopter that is equipped with a camera.

9. Electronics were banned at home growing up.

His father was a priest in the anthroposophist movement and banned all electronics from the house. The digital thus became the forbidden fruit of his childhood and is easy to see how this in turn, created his love for technology. 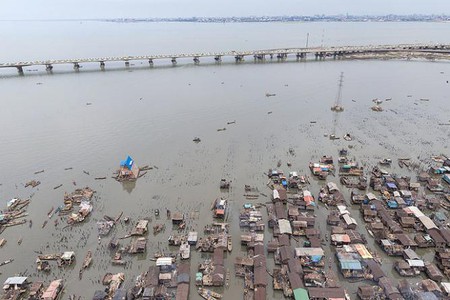 10. He is changing the way we look at built landscapes.

By shooting Nigeria’s floating slum, Iwan Baan changed the definition of a ‘built landscape’. Although no professional architects were involved in its construction, Iwan Baan felt the need to document the slum as an important part of humanity and the space we inhabit. This approach to architecture has helped change the way his audience considers the structures that surround them.