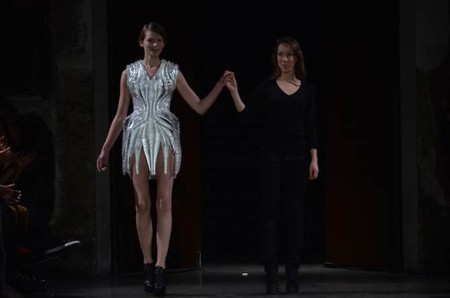 Iris van Herpen, born in 1984, is a Dutch fashion designer. She studied Fashion Design at Artez Institute of the Arts in Arnhem and completed internships at Alexander McQueen in London and Claudy Jongstra in Amsterdam. She graduated from Artez in 2006 and started her own label in 2007.

Van Herpen creates womenswear collections that relate to other art forms and the world beyond fashion. Her work is both a combination of handwork and innovative technologies, and it is this combination that results in the success of her edgy designs. She equally values techniques of the past and present, creating a modern view on haute couture that combines intricate workmanship with the latest in digital technology.

Iris van Herpen’s talent has been widely recognized, and she has been the recipient of several awards, including the 2013 Dutch Design Award in the fashion category and the 2013 Golden Eye Award. TIME Magazine named Iris van Herpen’s 3D printed dress design one of the 50 Best Inventions of 2011. She regularly participates in international exhibitions and creates two collections a year. In July 2014, Iris van Herpen won the ANDAM Fashion Award – and what a year to win, as the award was celebrating its 25th year. Van Herpen was commended for her mixture of materials and techniques that her collection displayed, featuring acrylic and acetate alongside leather and tulle. 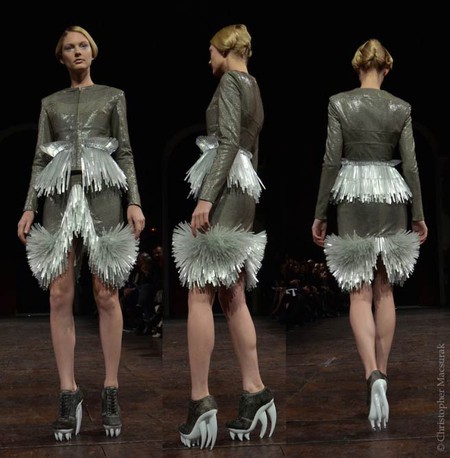 Van Herpen sees the importance of a positive and fruitful relationship between fashion and the world outside it, and she has found great success in her collaborations with people outside the field of fashion.Van Herpen has partnered with artists working across various mediums, including musicians Beyoncé and Lady Gaga, photographer Todd Selby, and choreographer Benjamin Millepied. More recently, she has showcased a collection based entirely around CERN, the world’s largest particle accelerator based in Switzerland. 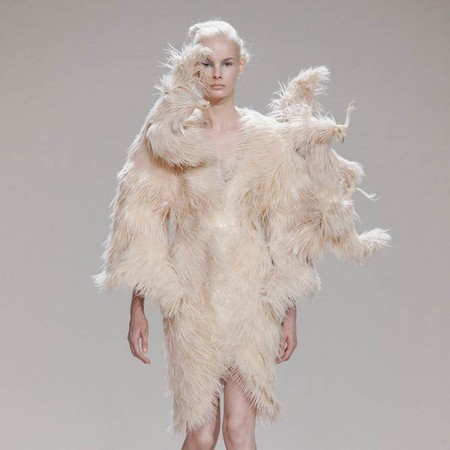 As the designer used magnetic fields for inspiration, her spring 2015 collection, Magnetic Motion, looks as though it could have come straight out of a science fiction film. To create Magnetic Motion, van Herpen collaborated with Canadian architect Philip Beesley and Dutch artist Jolan van der Wiel, who both explore a mixture of nature and technology in their sculptural practices. Working with an architect and an artist, van Herpen created pieces for her collection that are futuristic and creative, sitting outside the usual spectrum of fashion. She used high-tech techniques such as injection molding, laser cutting, and 3-D printing in order to create her collection of wearable architecture. 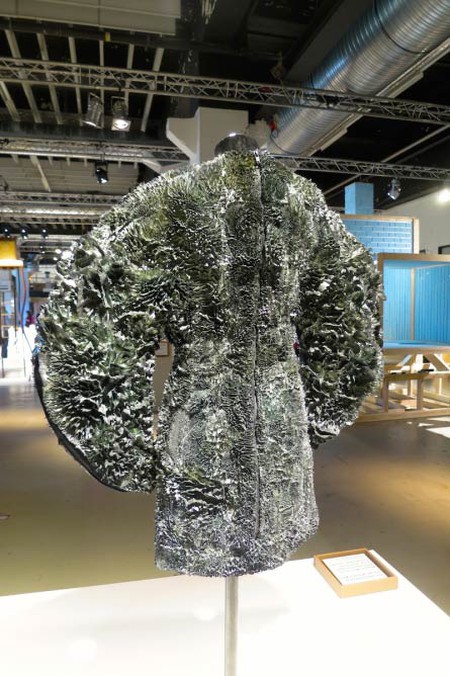 The inspiration behind this latest collection came from a visit to CERN’s Large Hadron Collider. She spoke about her visit to the site saying, ‘I find beauty in the continual shaping of Chaos which clearly embodies the primordial power of nature’s performance.’ For van Herpen, the essence of her work is expressing women’s emotions fashion, and she aims to extend the shape of the female body into eccentric and powerful silhouettes.

Van Herpen expresses her love for fashion saying, ‘For me fashion is an expression of art that is very closely-related to me and to my body. I see it as my expression of identity combined with desire, moods and cultural setting. In all my work I try to make clear that fashion is an artistic expression, showing and wearing art, and not just a functional and devoid of content or commercial tool. With my work I intend to show that fashion can certainly have an added value to the world, that it can be timeless and that its consumption can be less important then its beginning. Wearing clothing creates an exciting and imperative form of self-expression.’