How Amsterdam is Coping with Mass Tourism 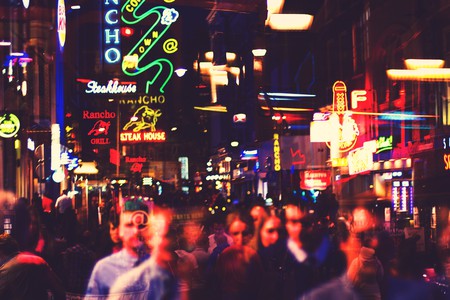 From restrictions on Airbnb listings to outright bans on certain activities, Amsterdam is having to adapt in order to deal with mass tourism.

According to current estimates, Amsterdam attracts over 15 million visitors per year. This massive influx of tourists impacts daily life in Amsterdam in many ways, often to the chagrin of its residents. Due to concerns that the city has become inhospitable to locals, its municipal government has devised several schemes in recent years to address pertinent issues related to mass tourism.

Loved by travellers, but loathed by locals (more-or-less), Airbnb has been blamed for many issues related to mass tourism in Amsterdam. Some sources even attribute the ongoing housing crisis in the city to Airbnb’s rise, suggesting that the platform gives landlords an incentive to rent to travellers rather than locals, as the former group are willing to pay higher prices for (short-term) accommodation.

Amsterdam’s local government has instated several restrictions targeting Airbnb in order to address these concerns. Currently, hosts are prohibited from listing their homes for more than 60 days a year and can only rent their apartments online if they are homeowners or have received permission from their landlords. Anyone caught breaking these rules may face fines ranging from €2,000 to a hefty €300,000 (when particularly severe).

Recent reports suggest that there are around 20,000 active Airbnb listings in Amsterdam, a number that the local government intends to curb significantly over the coming months by introducing harsher restrictions. For instance, Airbnb hosts will only be allowed to rent their homes for 30 days per year after January 2019 and the local government may even ban listings located in busier parts of the city altogether in the near future.

Current estimates suggest there are 20,000 apartments listed on Airbnb in Amsterdam | © skeeze / Pixabay

The city has cracked down on crime and antisocial behaviour

Though it should be taken with a pinch of salt, considering the Netherlands’ famously low crime rate, a high-level local official recently stated that Amsterdam’s city centre becomes ‘lawless after dark’ as the police cannot sufficiently handle the number of people pouring into the area, largely due to the massive influx of tourists. Essentially, there aren’t enough police officers available to patrol the streets in overcrowded areas like the Red Light District, where criminal activity often involving tourists, ranging from drug dealing to public intoxication, are rife.

To crack down on antisocial behaviour, Amsterdam’s newly elected mayor Femke Halsema recently announced that law enforcement officers will soon carry handheld contactless card readers to administer on-the-spot fines to anyone caught committing minor crimes, such as public urination or noise disturbances in the city centre. The municipality also employs a team of ‘night hosts’ in popular party spots like Rembrandtplein to dissuade rowdy night owls from causing public disturbances by reminding them to keep the noise down and directing them away from busy areas when necessary. 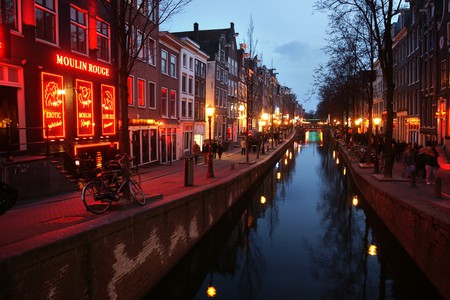 Coffeeshops have to abide by many legal restrictions

Amsterdam’s coffeeshops are closing down faster than ever, with many shutting their doors for good after falling foul of legal restrictions introduced by the government to curb drug tourism, crime and public disturbances. Even though they are permitted to sell cannabis, coffeeshops still exist in a legal grey area and must jump through a lot of hoops to keep their licenses.

For instance, Amsterdam’s oldest coffeeshop, Mellow Yellow, closed its doors forever in 2017 after a new law made it illegal for cannabis dispensaries to operate within 250 metres of schools. Some 42 other coffeeshops were affected by this law, reducing their overall number to around 150. 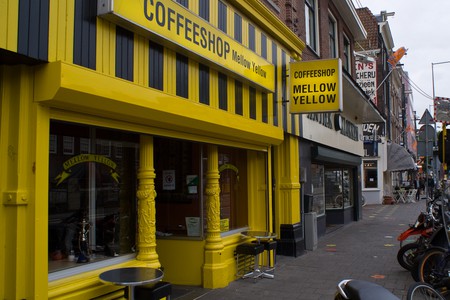 Over the past decade, the number of stores and businesses geared towards tourists has skyrocketed in Amsterdam. Although this might not seem like such a big deal, and perhaps even economically beneficial for the city, it means that central residential neighbourhoods often feature more souvenir kiosks than grocery stores, forcing locals to travel elsewhere for their daily shopping. This situation has become particularly pronounced around the Red Light District, where there’s a large concentration of stores that seem to sell almost exactly the same merchandise, namely: smoking paraphernalia, novelty clothing and cheap souvenirs. 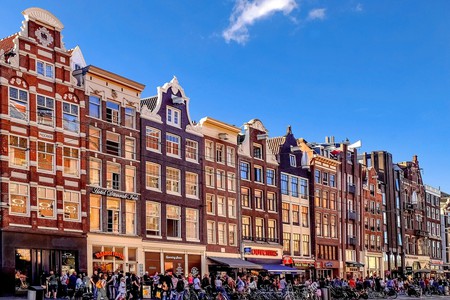 Amsterdam’s local government introduced measures to cap the number of ‘tourist shops’ in 2017, which makes it harder for these types of businesses to acquire rental leases in popular spots in the city centre. These restrictions are also meant to encourage businesses aimed at locals to move into the city centre, in place of ‘tourist shops’, and make Amsterdam more accommodating for residents.

Last year, beer bikes were banned in Amsterdam’s city centre. These massive cumbersome contraptions allowed around eight people to pedal together, while they drank beer served from an onboard keg. Thousands of Amsterdammers levelled complaints to the government about these vehicles before they were outlawed in the city centre in November 2017.

The Dutch government is trying to lure tourists elsewhere

Due to its overwhelming popularity with tourists, Amsterdam’s city centre is crowded, to say the least. Places like Dam Square, Warmoesstraat and Zeedijk are jam-packed from morning until late at night, making it notoriously difficult for locals to go about their daily business. Recently, there have been efforts to draw tourists away from these overcrowded areas, sometimes towards destinations beyond Amsterdam altogether.

For instance, Amsterdam Marketing (an organisation that is funded by the local government) installed a VR experience in Centraal Station in summer 2018, designed to gently push tourists away from the city. This immersive exhibition introduces users to other famous locales around the Netherlands, such as the Medieval city of Haarlem and the rural fishing town of Volendam, in order to show them that there are other places to visit beyond Amsterdam.

There have been other attempts to lure tourists elsewhere over the past few years, too, including a marketing campaign for Zandvoort, a beach resort located on the west coast of North Holland, which renamed the town ‘Amsterdam Beach’ in order to make the destination more appealing to travellers.