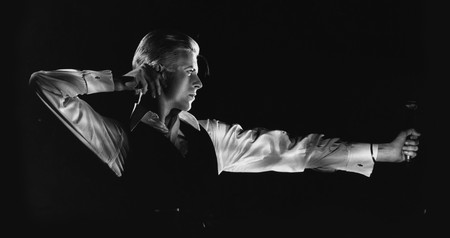 After three years and seven metropolises, the unmissable David Bowie is exhibition arrived for its final stop at the Groninger Museum in December 2015. The exhibition began at London’s Victoria & Albert Museum and has since toured to Toronto, San Paulo, Berlin, Chicago, Paris and Melbourne. The deliberate question of ‘who was David Bowie?’ has been left open by the exhibition curators in attempt to unravel his ever-evolving character throughout the multimedia exhibition. As the exhibition unravels, visitors are able to grasp the vast amount of influences from art, design, theatre and contemporary culture which Bowie drew upon to arrive at his fascinating persona. 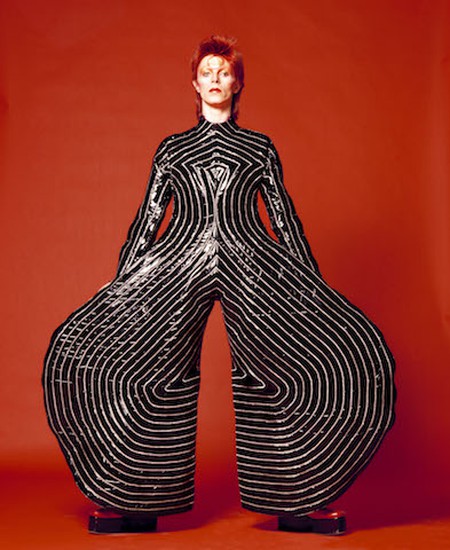 Striped bodysuit for Aladdin Sane to ur, 1973 Design by Kansai Yamamoto Photograph by Masayoshi Sukita -® Sukita The David Bowie Archive 2012

Groninger Museum is a perfectly fitting destination to host the last stage of David Bowie is; the 25-year-old building stands as a controversial, modern structure in the historic city of Groningen. The Groninger Museum has showcased many high-profile exhibitions in previous years: musical exhibitions about photographer Anton Corbijn (2000) and singers Herman Brood (2006) Marilyn Manson (2014) so the dynamic of Bowie’s career sits well in the Dutch venue.

The development and impact of Bowie’s music, his dynamic stage shows, ground breaking music videos, avant-garde costumes and detailed graphic work from his younger years are on display to take visitors on an emotional and exuberant journey. The multimedia experience begins when you collect headphones at the entrance and follow the sound through the show at your own pace. The partnership with the German audio company Sennheiser tastefully orchestrates the visual story through video, costumes, photos and album art extracts.

When David Bowie appeared on BBC One’s Top of the Pops to perform ‘Starman,’ his first single from the album ‘The Rise and Fall of Ziggy Stardust,’ many claimed this crucial performance to be the making of Bowie as a music star. The Ziggy Stardust jumpsuit, designed by Freddie Burretti (1972), is one of many exhibition highlights. Bowie took inspiration for his costumes from Stanley Kubrick’s film adaptation of A Clockwork Orange (1971), and the theatrical approach to his costumes were a profound part of his stage characterization and ability to anticipate future fashion trends. Alexander McQueen’s Union Jack coat worn by David Bowie for the ‘Earthling’ album cover (1997) demonstrated Bowie’s standing in worldwide fashion, and the jacket appears amidst Bowie’s other multi-coloured, extravagant clothing items. 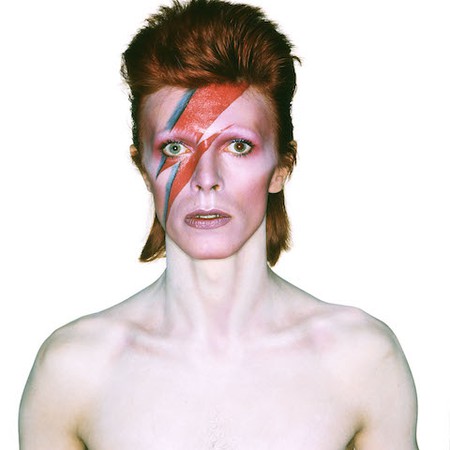 Bowie is extremely hands-on and methodical in every stage of his artistic output, and adapts techniques from other creative practises and artists to land on his genius ideas. Handwritten lyrics for songs including ‘Fame’ (1975), ‘Heroes’ (1977) and ‘Ashes to Ashes’ (1980), recording notes, and Bowie’s personal instruments are featured in the exhibition to show part of his creative process.

In the late 1970s, Bowie fled from the pressures of stardom in Los Angeles and moved to Berlin. His ‘Black and White’ years were a time for him to find new energy, clean up from drug addiction and test new musical ideas. While in Berlin, he sought new inspiration which led to some of Bowie’s most experimental albums being recorded: ‘Low’ (1977), ‘Heroes’ (1977) and Lodger (1979). Flyers, postcards and paintings produced during his Berlin days give the audience an intense look at what Bowie mastered during that period. 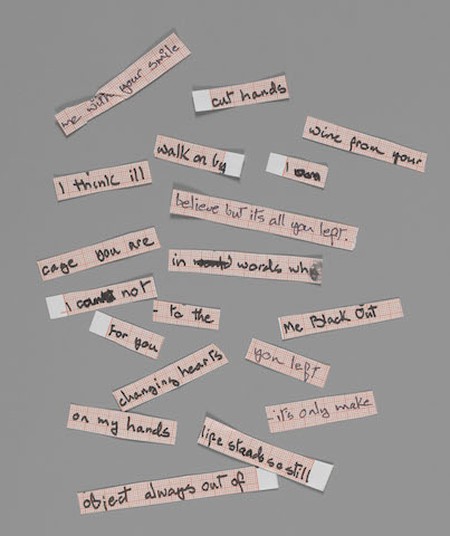 The show-stopping final section of the exhibition is an explosion of musical collages from Bowie’s most famous live performances. The interactive display of multiple screens and seductive colours lures you into a world only Bowie, thus far, has been privy to.

Even if you are not a Bowie superfan, the exhibition is cleverly curated to enhance your knowledge of the music God, leaving you with a deeper understanding of how Bowie came to be. David Bowie reigned powerful in the music industry, but it is not only his musical ability that the exhibition focuses on. It is also the profound effect of his philosophy, that each one of us should be free to be whoever we want to be.