Everything You Need To Know About Amsterdam’s King’s Day 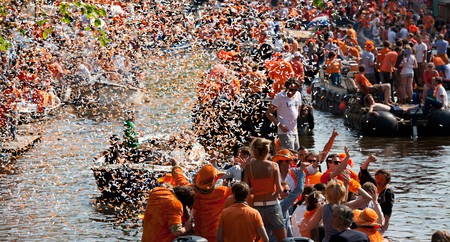 The twenty-seventh of April marks King’s Day in the Netherlands. The national holiday is held on King Willem-Alexander’s birthday and was originally devised to promote national unity by honouring the Dutch royal family. Celebrations see over 700,000 visitors descend on Amsterdam, turning the city into a massive carnival.

Start the party on King’s Night

Amsterdam’s clubs, bars and music venues host night-time events on 26 April – King’s Day Eve – which generally continue until the early morning (if they end at all). These parties are usually promoted as King’s Night and often coincide with the next day’s festivities. Due to the large number of events happening on the 26th, it’s always worth planning ahead by checking the venue websites and social-media accounts for updates. 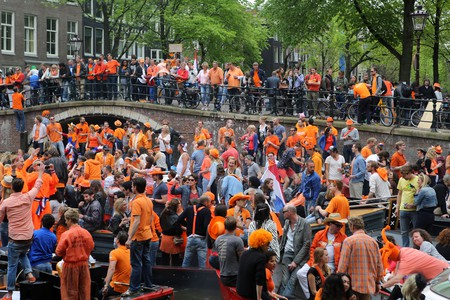 Thousands of locals and visitors take to the streets wearing tangerine wigs, face paint and clothing to celebrate King’s Day. The colour is an expression of Dutch national pride and pays tribute to the country’s royal family, which descended from the House of Orange-Nassau. 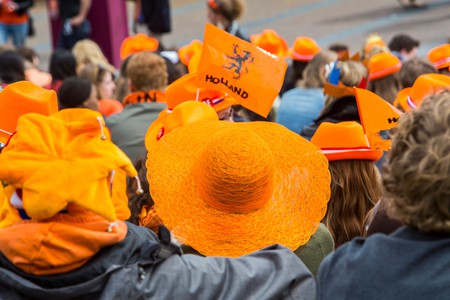 Central Amsterdam is swarming with cyclists and pedestrians on any given day, but King’s Day sees the streets truly inundated, resulting in a city-wide street party. Most workers are given 27 April off, meaning that the majority of Amsterdammers spend the entire day enjoying the celebrations. In addition to impromptu festivities, larger, organised events also take place, including open-air concerts at Rembrantplein and Museumplein. 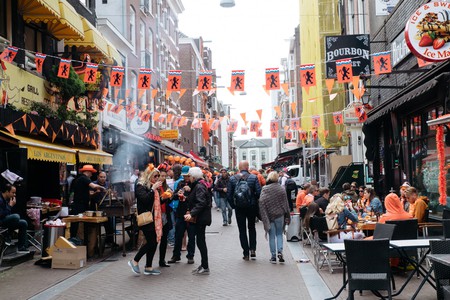 The party isn’t just reserved for the streets – Amsterdam’s canals fill with boats over King’s Day, allowing the party to spill over onto the city’s waterways. Although these aquatic parades aren’t actually coordinated by the municipality, they are superbly entertaining. The largest concentration of boats usually channels along Prinsengracht, and camping out by this canal is always rewarding. 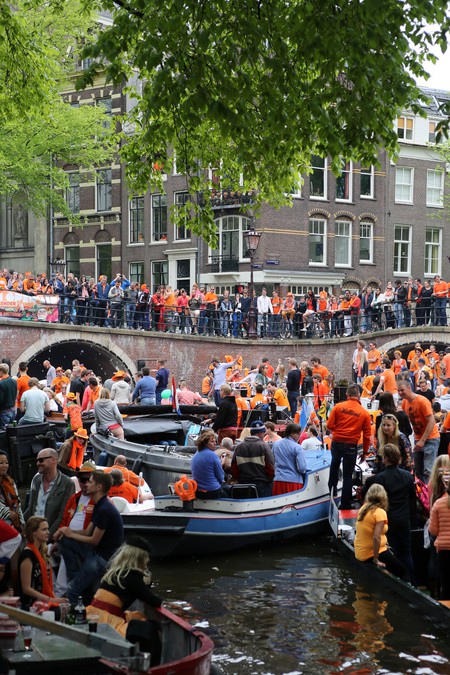 Find some second-hand souvenirs at the Vrijmarkt

Another tradition on King’s Day is decluttering. Small market stalls where people sell second-hand goods pepper the streets. In fact, 27 April is the only time of the year when street vending is permitted without a licence, and during the holiday Amsterdam becomes an enormous flea market, commonly called de Vrijmarkt. The offerings can be hit-and-miss, but if you’re in the mood to hunt for bargains or hidden antiques, the stalls are worth a visit. One of the largest gatherings of vendors takes place near Vondelpark every year, and marketplaces specially designed for children can be found throughout the city as well. Be sure to bring cash as some of these vendors will not be able to accept other forms of payment. 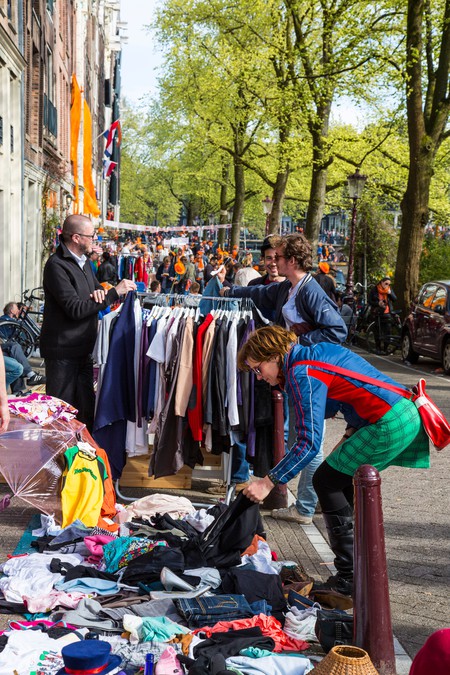 Some Vrijmarkt vendors also sell home-made food, but the tompouce reigns supreme when it comes to King’s Day treats – the holiday sees a 600 percent increase in sales of the cream-filled cakes. In honour of the holiday tompouces are coated with orange icing and sold all over the city. If you have a more savoury palate, keep an eye out for vendors selling Dutch fries, bitterballen and kibbeling. Whatever you do, don’t rely on supermarkets for your beverages though; many markets have restrictions on how much beer they can sell customers and often run out. Luckily, many of the city’s bars open their street-side entrances as makeshift beer tents where you can buy a variety of tipples. 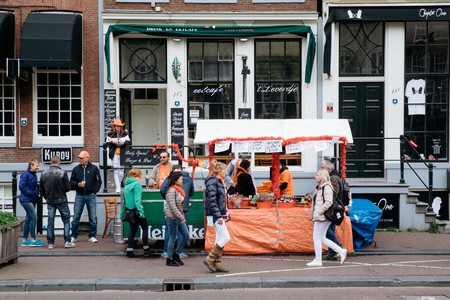 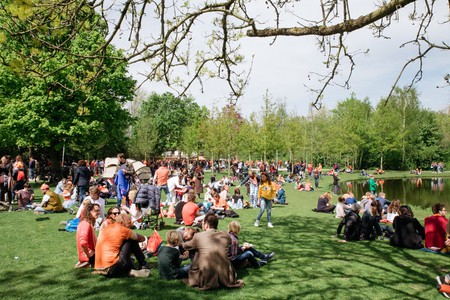