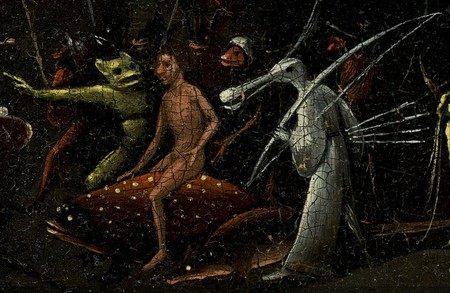 It’s truly remarkable for one man’s work to captivate audiences through five centuries, which is precisely why we’re still celebrating early Northern Renaissance painter Hieronymus Bosch 500 years after his death. One of history’s most provocative artists, Bosch (c. 1450-1516) is the subject of a new documentary titled The Curious World of Hieronymus Bosch. We spoke with Director David Bickerstaff about Bosch’s astounding artistic legacy, his comprehensive retrospective Jheronimus Bosch – Visions of a Genius at the Het Noordbrabants Museum, and the role of film in art.

Born Joen van Aken in the Netherlandish city of ‘s-Hergotenbosch, Hieronymus Bosch bequeathed a collection of history’s most fantastically macabre drawings and paintings. Best known for his nightmarish depictions of hellscapes strewn with torn limbs and haunted by surreal creatures, Bosch’s body of work is enchantingly bizarre. 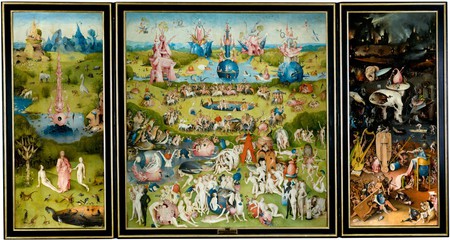 Why do you think Bosch remains so intensely relevant five centuries after his death?

David Bickerstaff (DB): The most powerful thing about Bosch’s work is his graphic realism and surreal compositions. Even if you may not fully understand the meaning of his paintings, you are totally engaged with his storytelling. Bosch’s works are full of moral and cautionary narratives that are as curious to us today as they were to medieval viewers. His virtuosity with paint and composition still astounds the art world with his incredible attention to detail and highly observed draughtsmanship. Although the religious and moral context has changed, Bosch still has the ability to tug on our most basic senses and trigger the darkest parts of our imagination. 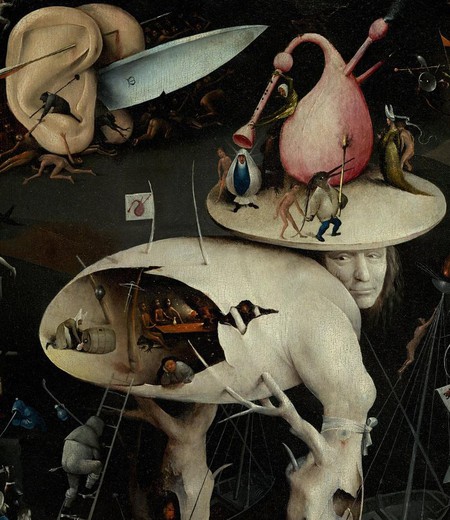 As Chief Art Critic of The Times Rachel Campbell-Johnston points out in her on-film interview, we love to imagine the artist as some kind of “tortured genius,” holed up in a dark room and enveloped by diabolical visions that would become his reality. But Campbell-Johnston explains that in reality, Bosch is believed to have led a relatively respectable life. “He married rather well…and lived in a very prosperous house on the poshest side of the square.”

Perhaps the nature of Bosch’s surprisingly ‘normal’ life further contributes to the sheer mystery of the tormented worlds he painted for us. As Mr. Bickerstaff aptly points out, Bosch’s work permeates the viewer’s subconscious and plays on our shared fears of the inexplicable and the extraordinary. 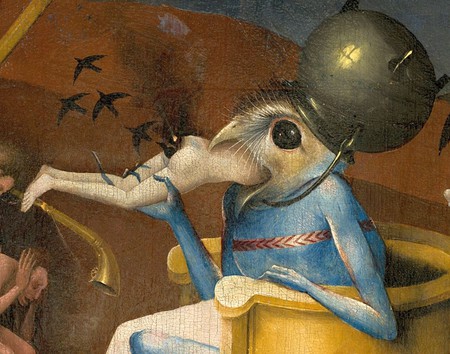 One of the highlights of this year’s Bosch celebrations was his comprehensive retrospective titled Visions of a Genius at the Het Noordbrabants Museum in the artist’s hometown of ‘s-Hergotenbosch.

What was your personal take on Visions of a Genius? How did it affect your perspective of the artist?

DB: For most people the first impression of an artist’s work is from glossy books or single works in various collections. This was my experience of Bosch before visiting the exhibition at Het Noordbrants Museum. By seeing so many works by Bosch in one place, you start to understand the scale he worked at, his masterly application of paint, but most of all, you begin to understand the man a little more. His drawings were a revelation to me – so precise and full of observational energy. You get a real sense of the master’s hand in action. It tells me that he was disciplined, learned, creative, witty and imaginative – engaged with the world, engaged with nature. 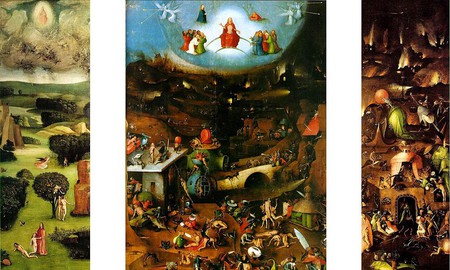 Director of the Het Noordbrabants Museum Dr. Charles de Mooij attributes Bosch’s timelessness to his pure creativity, and Campbell-Johnson notes that Bosch is one of the first artists who “who really lets his imagination run riot, and then provides us with a vision for it. And as such, you see an entire world unfurling from him.”

What do you hope audiences take away from The Curious World of Hieronymus Bosch?

DB: I hope our film will challenge the preconceptions of Hieronymus Bosch as the crazed and tortured artist taking too many hallucinatory drugs, and present a new portrait of this complex and curious man. I would like our audiences to immerse themselves in his world, his mind, and get closer to understanding the multiple narratives cleverly embedded in these extraordinary and sometimes apocolyptic works. 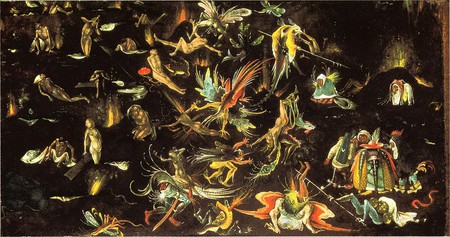 How do you find that documentary film enlightens in comparison to a traditional retrospective?

DB: There is no substitute for being in a gallery and seeing the real thing up close, but if that is not possible, then cinema can offer a truly intimate experience. Looking at these astounding paintings through the lens of a camera can reveal the nuances and emotive nature of the painted surface. You come closer to the maker’s mark, his artistic hand. Bosch’s works are full of carefully-applied layers of paint, glazes and delicate strokes that masterfully come together to form incredible imagery; details that can be beautifully revealed by close examination through a long lens. Cinema needs not only to be visually engaging, but to tell a good story so we augment the examination of the paintings with expert analysis and historical context.

The Curious World of Hieronymus Bosch will be screened across the UK on November 3rd as part of the Exhibition On Screen series.