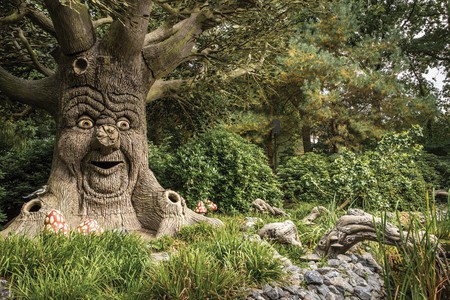 In the Netherlands’ largest theme park, Efteling, it is possible for visitors to explore an expansive, enchanted forest, where scenes from famous children’s stories like Snow White, Pinocchio and Little Red Riding Hood are brought to life. This charming forest has captivated visitors’ imaginations for over 50 years and was among the first attractions to appear at Efteling.

There are 25 different scenes in the forest, which are mainly based on stories written by Hans Christian Andersen, the Brothers Grimm and Charles Perrault. Many of these attractions centre around animatronic puppets that move automatically, while others feature interactive elements that respond to certain actions. For instance, there’s a large, magical tree planted on the western side of the forest that reads stories to onlookers and encourages listeners to stamp their feet at certain, pivotal moments. 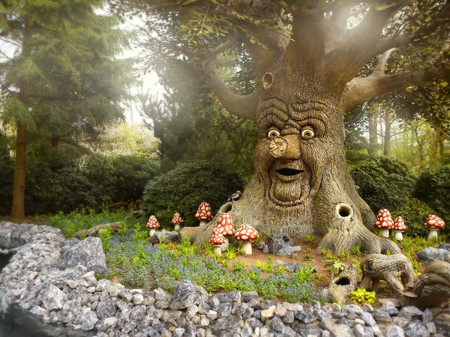 Elsewhere around the forest, visitors will stumble upon larger, instantly-recognisable scenes from classic fairytales, including a life-size reenactment of Little Red Riding Hood’s fateful visit to her grandmother’s cottage. 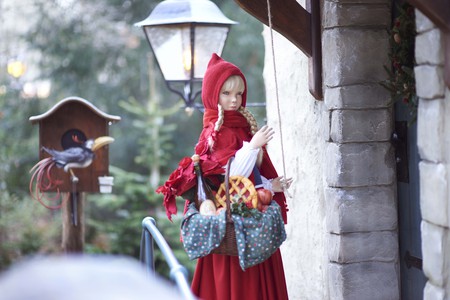 And the moment when Prince Charming presents the glass slipper to Cinderella, then discovers that she was his mystery dance partner. 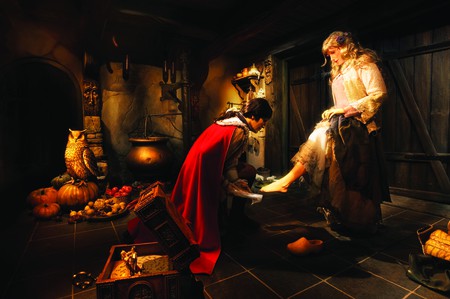 Although the forest is geared towards kids, it doesn’t shy away from grizzly details and features some rather frightening imagery. Poor Pinocchio, for example, can be found slipping down the throat of a razor-toothed whale. 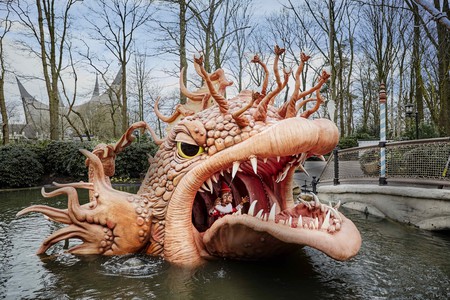 There’s also an area dedicated to Hans Christian Andersen’s The Little Match Girl, a particularly chilling story, where a young, peasant girl hallucinates about food and shelter while suffering from hyperthermia. 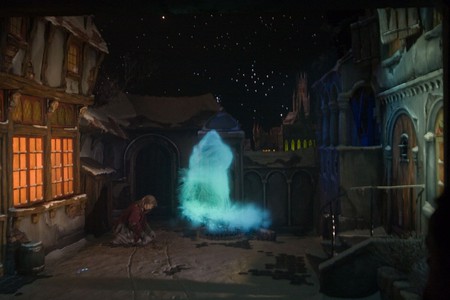 The scenes from Snow White are among the oldest attractions in the forest and were present when the park opened in the early 1950s. 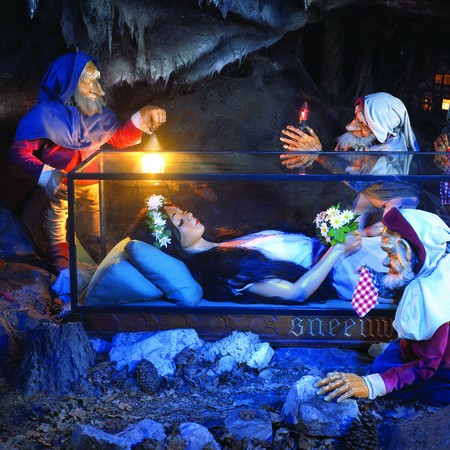 Others scenes appeared alongside Snow White during the park’s early days, including one based around Mother Holle by the Brothers Grimm, where the titular frau causes winter to come early by shaking the stuffing out of her pillows. 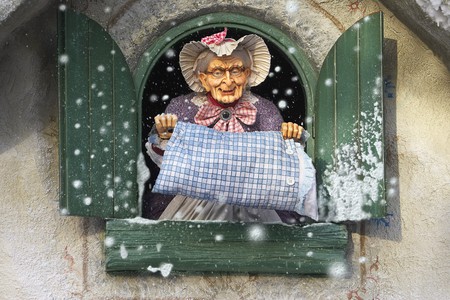 And one of Efteling’s chief mascots, Long Neck, who originally appeared in the story The Six Servants by the Brothers Grimm, where he used his extendable appendage to spy across long distances. 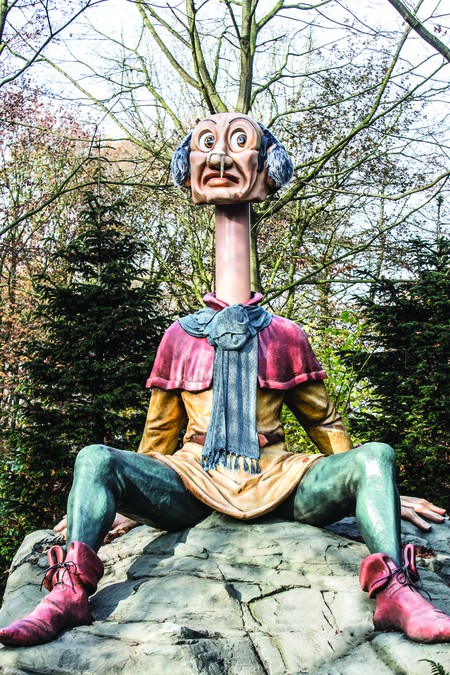 The forest has an ingenious way of dealing with trash, which involves 12 garbage cans shaped like the Dutch fairytale character Hollebolle Gijs. According to a children’s poem named after him, Hollebolle Gijs simply could not become full, no matter how much (or what) he ate. 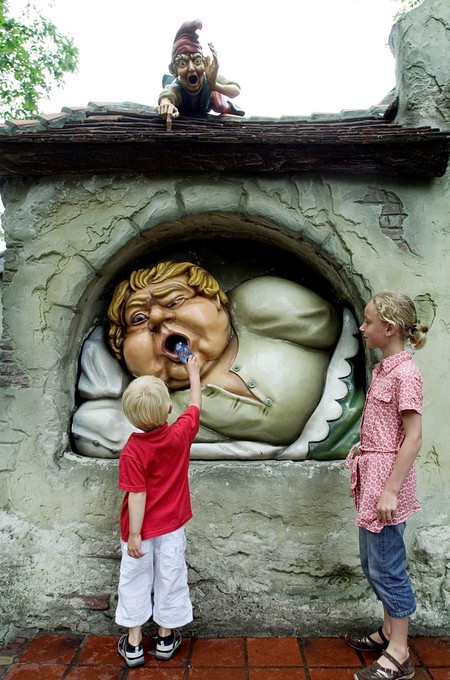 Hence, he asks visitors to feed him garbage in order to cure his hunger and will swallow any trash that’s placed in his gaping mouth. 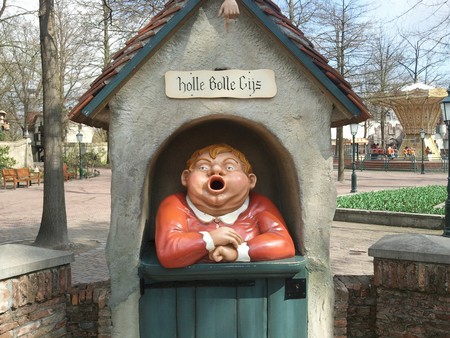