Discover the History of the Netherlands' Windmills at Zaanse Schans 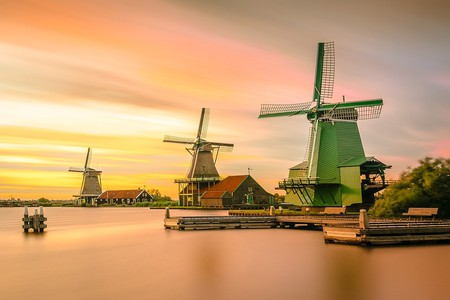 Sunset over the windmills at Zaanse Schans | © Pexels / Pixabay

Between the 18th and 19th centuries, around 600 windmills were constructed on the banks of the river Zaan in North Holland. These gigantic machines powered the region’s booming industries and produced many valuable commodities. From 1961 to 1974, eight of the region’s surviving windmills were loaded onto trucks and boats and then, transported to a nearby neighbourhood called Zaanse Schans in order to create an open-air museum dedicated to Dutch industrial history.

The windmills in question were moved alongside many other historic buildings such as warehouses, workshops and stores that date back to the heyday of industry on the Zaan, forming an expansive network of rustic heritage sites. After they arrived at their destination, the mills were restored to working order and started to produce goods like dyes, lumber and oil once again. The mills have remained operational ever since and continue to employ time-honed manufacturing techniques to create their respective products. 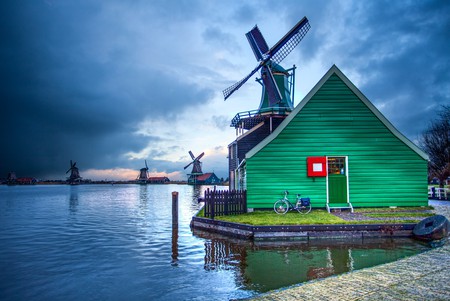 Today, many of the windmills are open to the public and some serve as living museums where visitors can learn about the ins-and-outs of milling. For instance, professional millers organise demonstrations inside windmill de Kat several times per day and harness the wind to produce paint, chalk and oils. Whereas at another windmill called de Bleeke Dood, visitors can buy fresh flour and bread mix every Friday from 9:30 am to 4:30 pm. 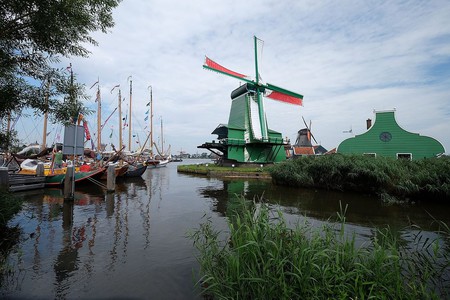 Zaanse Schans features seven other museums, aside from its windmills, which centre around specific aspects of manufacture, commerce and industry. These fascinating attractions include an authentic 17th-century bakery that still serves fresh bread and a museum that retraces the history of clocks and timekeeping in the Netherlands. 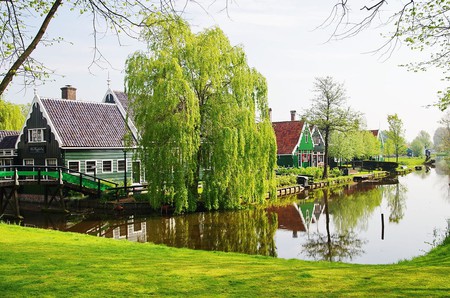 The first-ever branch of Dutch supermarket chain, Albert Heijn, is also located in Zaanse Schans and still sells an expansive selection of old-timey products that were popular back when it was founded in 1887. 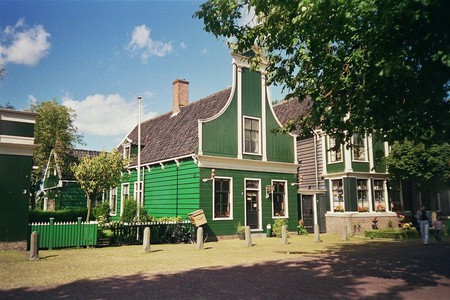 There are many other buildings spread around Zaanse Schans that host daily events related to traditional handicrafts like weaving, clog making and liqueur distilling. These arts and crafts sessions mainly take place inside preserved historic workshops and are helmed by professional artisans (who often wear traditional Dutch costumes). 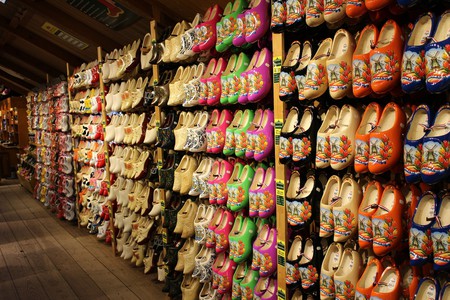 Even though it seems worlds apart from the Netherlands’ highly-urbanised central regions, Zaanse Schans actually lies within Amsterdam’s greater metropolitan area and is easily accessible from the city’s Centraal Station.