The Complete Guide to Alkmaar Cheese Market, the Netherlands 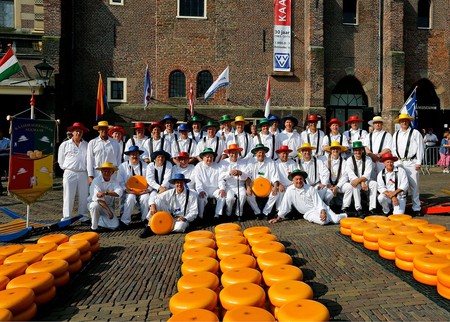 Throughout the warmer months of the year, legions of day-trippers flock to the Dutch city of Alkmaar to witness the town’s historical cheese market. This bustling market has taken place on Alkmaar’s Waagplein for over three centuries and is the oldest event of its kind in the Netherlands.

Dairy merchants have exchanged their wares in Alkmaar since at least 1365 and established a cheese market in the late 16th century. At some point between these two dates, local merchants formed a guild in order to govern the cheese trade flowing into the city. The market in question has always taken place on Alkmaar’s Waagplein, as this plaza contained the only official, weighing house in the city, where merchants were able to accurately measure their purchases with specialised scales. 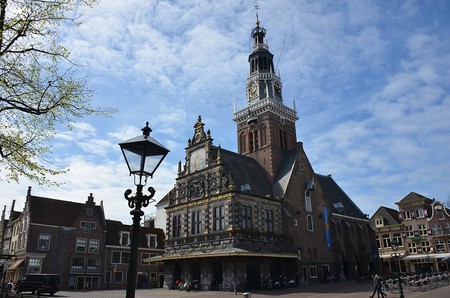 Over the course of history, cheese traders in Alkmaar and other market towns in the Netherlands developed certain customs to communicate. For instance, merchants engaged in battering would clap each others’ hands until they came to an agreement, which was then conveyed via a handshake. Participants at the markets also wore specific clothing such as coloured, straw hats in order to indicate that they were members of a specific company. 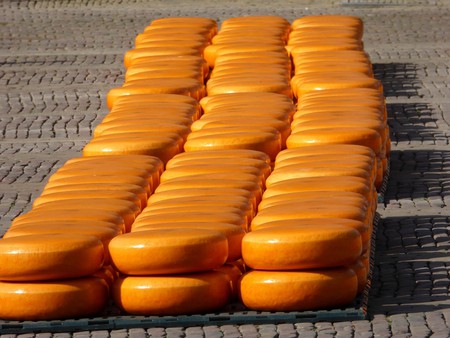 Many of the historical customs that developed alongside Alkmaar’s dairy trade are still observed at the market today. For example, guild representatives continue to wear the aforementioned coloured hats and follow time-honed rules related to their occupation. Furthermore, porters dressed in traditional white clothes, carry the cheese to Alkmaar’s weighing house on small, wooden platform, after successful exchanges. Fortunately, for anyone that’s not an expert on historical, trading customs, there’s an audio presentation at the market in Dutch, German, English, French and Spanish, which explains the merchants’ interactions. 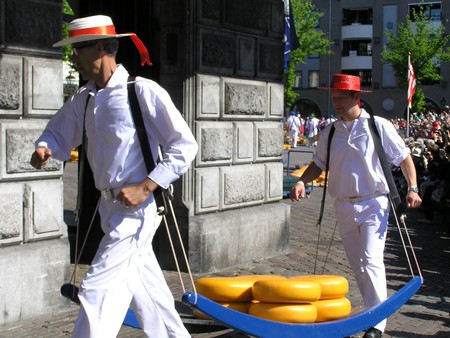 Although the market is meant to accurately recreate Alkmaar’s diary trade, it is geared towards tourists and features some, less historical (but nonetheless noteworthy) elements. For instance, women dressed as Frau Antje — an advertising mascot created by the Dutch Dairy Organisation in 1961 — serve as cheerleaders at the market and pose for pictures throughout the day’s ceremonies. Sadly, visitors at the market cannot buy cheese directly from traders, but can purchase classic, Dutch goods like gouda, edam, clogs and pickled herring at stalls dotted around Waagplein. 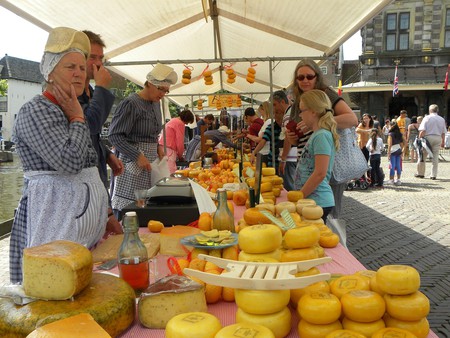