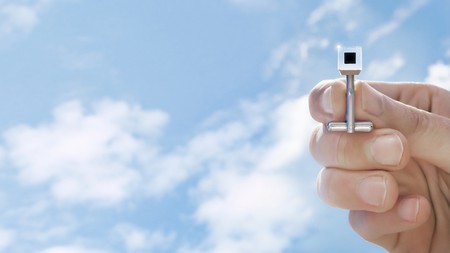 “A lot of people told me that what I want to do could never be done, yet here we are,” reflects Daan Roosegaarde, creator of the world’s largest outdoor air purifier. A nexus of art, design, and activism, the Rotterdam-based Studio Roosegaarde’s Smog Free Project is fueled by Daan’s ceaseless quest for innovative solutions to global issues—and the wattage of a household tea kettle. Alongside his team, Roosegaarde is refining “the landscapes of the future,” one particle at a time. 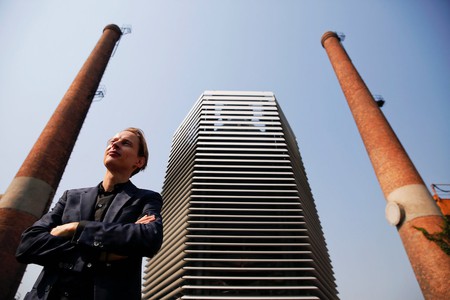 As an artist, Daan Roosegaarde lives in the pursuit of beautiful things. As a designer, he imagines practical solutions to everyday challenges. As an inventor, he masterminds innovative technologies meant to “upgrade reality” on a global scale. Roosegaarde is a confluence of his many talents and passions, and above all else, he’s a visionary seeking change through lateral thinking.

He is the founder of Studio Roosegaarde (which he adoringly calls the “Dream Factory”), a collaborative team of over 20 in-house designers and engineers who do their best to match their mentor’s polymathic ambitions. Established in 2007, the Dream Factory has put forward several cutting-edge projects in its short decade as a collective, from the Van Gogh Path to Waterlicht. All of Studio Roosegaarde’s projects combine “poetry with pragmatism,” bearing a common thread of environmental consciousness. 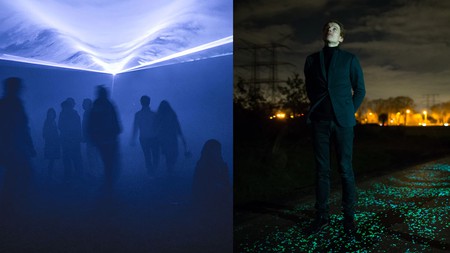 Studio Roosegaarde’s Smog Free Project is a microcosm of the exceptional mind that forged it. The Smog Free Tower is a work of installation art, a paradigm of “good design,” and a feat of engineering steeped in the spirit of activism. It’s a prime example of schoonheid, a Dutch term that means both “beauty” and “cleanliness.” To Roosegaarde, clean air is beauty, and as the American transcendentalist writer Ralph Waldo Emerson once said, “the creation of beauty is art.”

Like all Studio Roosegaarde projects, the Smog Free Tower was born from frustration with an unattended problem. In 2013, Roosegaarde traveled to Beijing for a design event. He stood on the 32nd floor of the China World Summit Wing hotel in Guomao, and noticed a thick smog shrouding the entire city vista every day for the better part of a week. “That was the moment when I said, ‘We need to do something, now.’”

Air pollution is a primary cause for concern amongst Beijing’s residents, many of whom keep their children indoors to lower their chances of developing lung cancer. According to a 2015 study conducted by American climate research organization Berkeley Earth, approximately 1.6 million people die annually in China from the toxic byproducts of industrialization. That’s an average of 4,400 premature deaths per day. In 2015, environmental journal Nature published an article attributing three million annual deaths to air pollution worldwide—a number set to double by the year 2050. According to Studio Roosegaarde, “more than 80 percent of people in urban areas are exposed to air quality levels that exceed World Health Organization limits.” 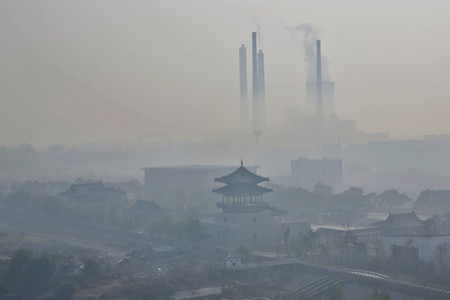 Severe fog and haze, power plants are the big chimney emissions along the Yangtze River in the eastern Chinese city of Jiujiang | © humphery/Shutterstock

“I think it’s incredibly weird that we’ve created cities that are killing us,” Roosegaarde says fervently. “There are places where children have lung cancer at eight years old. When did we accept that? How can we use creative technology to improve life?” So alongside his Dream Factory, and with early input from experts at Delft Technology University and Dutch green technology company Environmental Nano Solutions, Roosegaarde got to work on creating the world’s largest outdoor air purifier: a seven-meter-tall tower (23 ft.) that creates a stadium-sized “bubble of clean air” per day for citizens to breathe freely. 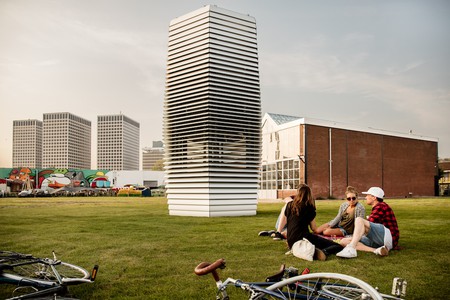 Studio Roosegaarde’s Smog Free Tower is charged with an electrical current to emit positive ions that attract approximately 30,000 cubic meters of air per hour (1 million cubic feet). Inside, a negatively-charged surface sucks up and traps the smog particles, releasing purified air back to the surrounding environment through vents in the structure. According to the project’s press release, “the Smog-Free Tower captures and collects more than 75 percent of PM2.5 and PM10 airborne smog particles and releases clean air around the Tower with 360-degree coverage.” The entire process uses less than 1,400 watts of green energy—no more than a standard household water boiler.

While the air in the Netherlands is considerably cleaner than in China, the idea for the Smog Free Tower was initially introduced nearly 5,000 mi. (8,000km) from Beijing as a prototype in Rotterdam, financed in part through a Kickstarter campaign. Roosegaarde listed the project in July 2015, with a goal of €50,000 (US$53,000), only to raise more than twice as much in the span of two months. The campaign produced extraordinarily promising results, not only for the success of the air purification method, but because the prototyping process yielded an additional—and marketable—outcome.

“We had significant amounts of smog particles in the studio after the first tests in Rotterdam. We were like, ‘This is chemical waste—what are we going to do with it?’ But then we realized we were looking at it in the wrong way. It wasn’t waste—something could be done with it.” Smog is rich in carbon, and when carbon is compressed with enough power, it will eventually form a diamond. 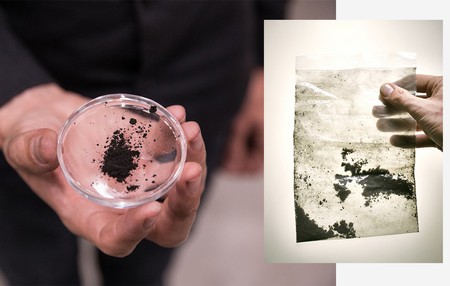 Inspired by this natural process, Studio Roosegaarde decided to hand-press the carbon-rich smog for 30 minutes until it formed a black cube, which was then sealed in clear resin to adorn custom rings and cufflinks. While Studio Roosegaarde’s Smog Free jewelry isn’t quite made with sparkling diamonds as we commonly perceive them, the rings have since become popular accessories, with well-known figures like Prince Charles serving as unofficial “Smog Free ambassadors” and assisting in the growing popularity of the cause. Better yet, each limited-edition piece of jewelry purchased donates 1,000 cubic meters (35, 300 cubic feet) of clean air to whichever city the Tower is in. 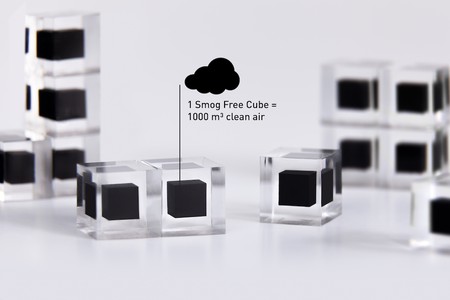 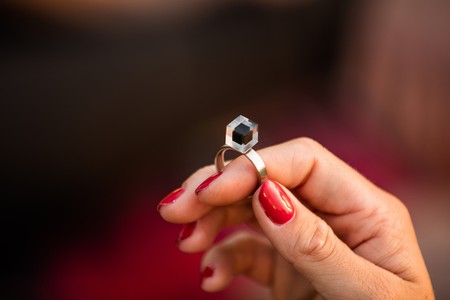 With a platform of favorable results, Studio Roosegaarde successfully pitched the Tower to the Chinese government, whom the team had been in talks with since 2013. The Tower was subsequently installed in Beijing’s 751D-Park near the Beijing 798 Art District on September 29, 2016. In 41 days, the Tower “cleaned a volume of 30 million [cubic meters] of Beijing’s air” (400g/14 oz. of smog according to The Architect’s Newspaper) and “captured billions of harmful PM2.5 airborne particles.” The project’s statement compares this volume to the equivalent of 10 Beijing National Stadiums (also known as the Bird’s Nest).

As of November 2016, “China’s Ministry of Environmental Protection report[ed] 55 percent cleaner air in the vicinity of the Smog Free Tower,” which Beijing residents now refer to as the “clean air temple” since the structure is said to resemble a traditional Chinese pagoda. 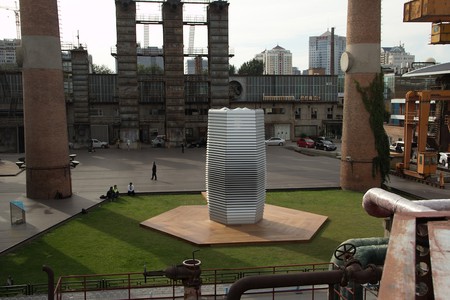 “Of course, one tower is not the solution for a whole city,” Roosegaarde says, a sentiment echoed by the New York Times last year. An article from 2016 reported that both Liu Guozheng, the China Forum of Environmental Journalists’ deputy editor, and environmental activist Ma Jun see the Tower as a significant and necessary “reminder of our mission and responsibility to fight against smog issues.” Roosegaarde muses that the Tower is “an activator [by which] to say, ‘let’s work together with universities, green tech companies, concerned citizens and the government to make a whole city smog-free.’” He marvels at the success of the project so far, but not for long enough to become complacent with the results. 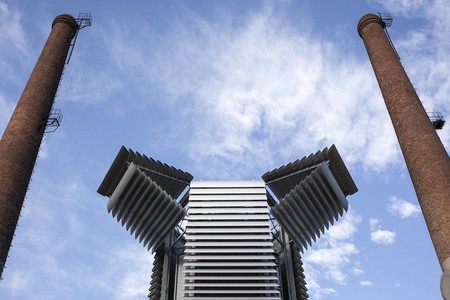 Studio Roosegaarde is currently working to improve the Tower and create new air-purifying solutions, such as Smog Free bicycles. While the Tower has proven effective within reason, Roosegaarde and his team believe that they can refine it further. They are investigating new ways to make it more efficient by running exclusively on solar power. After touring four more cities in China (next stop, Tianjin), Roosegaarde plans to bring the Tower to India, and beyond.

At the time I talked to Roosegaarde in mid-February 2017, he was preparing to speak at the United Nations in New York City. “There are different human rights: the right to education, the right to nationality, the right to religion—these are international human rights,” he assured me. “I want to declare a new human right: the right to clean air.” Roosegaarde’s chosen route is certainly the road less traveled for his industry, focusing his team’s creative talents on societal and environmental progress. His dream is “to design places that are fundamentally good for people.”

On that note I asked Roosegaarde, “In your opinion, what is the artist’s role in society?” “To upgrade reality,” he replied, without hesitation. “To show how the world can look. The artist and designer add imagination. They show us that ‘it’s’ possible.” He tells me that his favorite projects are the ones that have yet to be realized. He’s cultivating a new obsession with space debris and the looming threat that space junk poses to our satellite-dependent societies. Roosegaarde is organizing preliminary meetings with NASA to discuss ideas for a future project, though at this stage his practices remain terrestrial. For now. 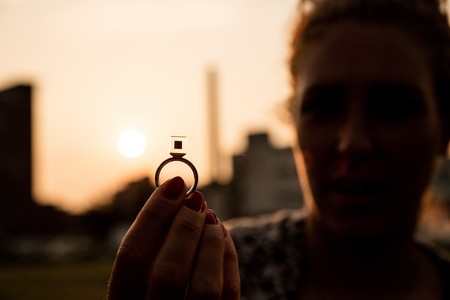