A Brief History of Amsterdam's Stopera 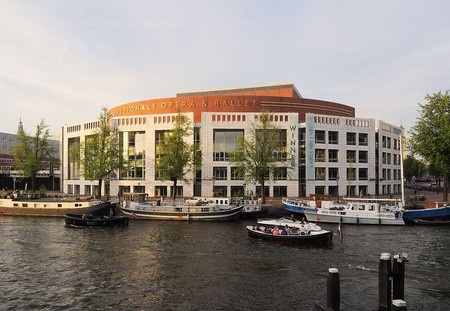 Amsterdam’s city hall has moved several times over the past five centuries and relocated to a circular, custom-built complex on Waterlooplein called Stopera in 1988. Although Stopera has since become an important and celebrated part of Amsterdam’s urban centre, its development was fraught with difficulties.

From 1665 to 1808 Amsterdam’s city hall was located on Dam Square, inside the stately Dutch Golden Age building that would eventually become the Royal Palace. After the Netherlands was annexed by the French Empire in 1806, Amsterdam’s council was evicted from the palace to make room for the new King of Holland, Louis Napoleon, and his court. Afterwards, the city hall was moved to Prinsenhof on Oudezijds Voorburgwal and stayed there until 1988.

In the early twentieth century Amsterdam’s government decided to move the city hall once again, but had trouble finding a suitable location. In 1954 they allocated a plot on Waterlooplein and after rejecting several ideas, launched an architectural competition in 1967 to find an appropriate design for the new building. Austrian architect Wilhelm Holzbauer was named the winner of this contest a year later, however construction was delayed because of budgetary difficulties. 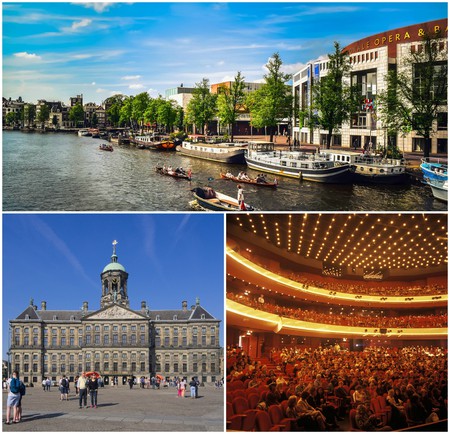 At around the same time the Dutch national opera (and ballet) was searching for a new location. Due to financial issues, it was eventually decided that the city hall and national opera would share the same building on Waterlooplein. Wilhelm Holzbauer agreed to modify his designs around this plan and adapted his submission to accommodate both organisations alongside two other architects called Bernard Bijvoet and Cees Dam. This proposal was then given the name Stopera – a portmanteau of stadhuis (city hall) and opera.

Throughout its development period left-wing groups objected to the government’s plans, partly as other residential and historic buildings needed to be brought down to make way for Stopera. When construction finally began in 1982, protesters surrounded the building site, forcing the government to delay work for another month.

Despite these postponements, Stopera was finally completed in 1986 and two years later, Amsterdam’s new city hall opened its doors to the public.