The Best Things to Do in Amsterdam's Westerpark 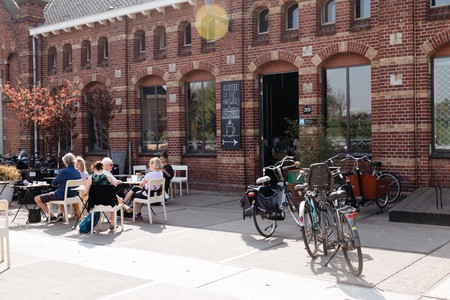 As its name suggests, Amsterdam’s Westerpark neighbourhood centres around a westerly park of the same name that’s located just beyond the city’s iconic canal belt. Aside from containing one of the largest green spaces in Amsterdam, Westerpark features many other popular attractions, including two waterborne restaurants, a working 17th-century windmill, and an old gasworks that has been converted into a massive cultural centre.

Chill out in Westerpark

As expected Westerpark makes the top of this list, but not just because it lends its name to the neighbourhood. The recreation grounds in question served as the first urban, public gardens in Amsterdam and were founded at the end of the 19th century. The park has been renovated several times over its history and currently contains several landscaped areas, a petting zoo and many water features. Unlike more central parks in Amsterdam, Westerpark remains relatively quiet even during the weekend and has ample space for picnics or impromptu, outdoor drinks with friends. 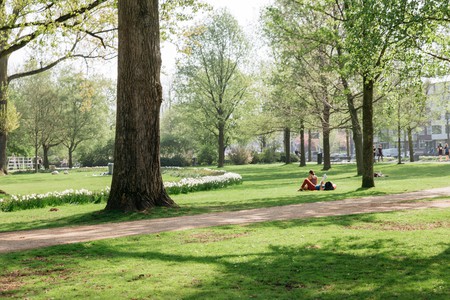 The neighbourhood’s eponymous park leads onto Amsterdam’s largest, cultural centre, Westergasfabriek. This old gasworks was built in the 19th century and has since been converted into an enormous pavilion that’s lined with many cultural enterprises. The centre’s long list of hangouts includes an old-school video game arcade called TonTon Club, Kettelhouse arthouse cinema and one of the best live music venues in Amsterdam, Gashouder. Westergasfabriek also hosts events throughout the month including music festivals, arts fairs and outdoor markets. 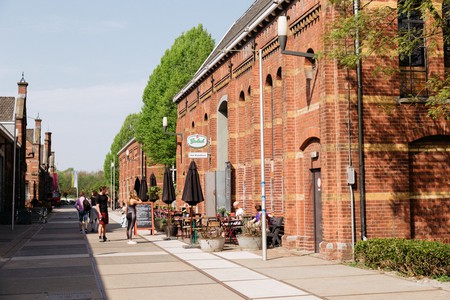 Dine at a waterborne restaurant

Westerpark’s northern quarter, Houthavens, backs onto the river IJ and has served as an important harbour for generations. Over the past few years, an increasing number of restaurants have started to appear around this district including two waterborne establishments called REM Eiland and Pont 13. These two classy restaurants are both accessible via a long pier called Haparandadam and are contained inside an offshore platform and a former passenger ferry, respectively. 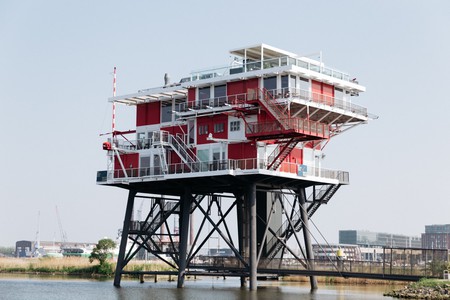 Leading Amsterdamse School architect, Michel de Klerk designed an enormous residential building near Westerpark in the early 20th century that is known as het Schip (the ship). Much like other examples of Amsterdamse School architecture, the complex in question features curved red-brick facades and other convex details which make it look almost organic. Although the residential areas of this building are still occupied by tenants and homeowners, het Schip’s former post-office has been converted into a museum that’s dedicated to Amsterdam’s modern architecture. 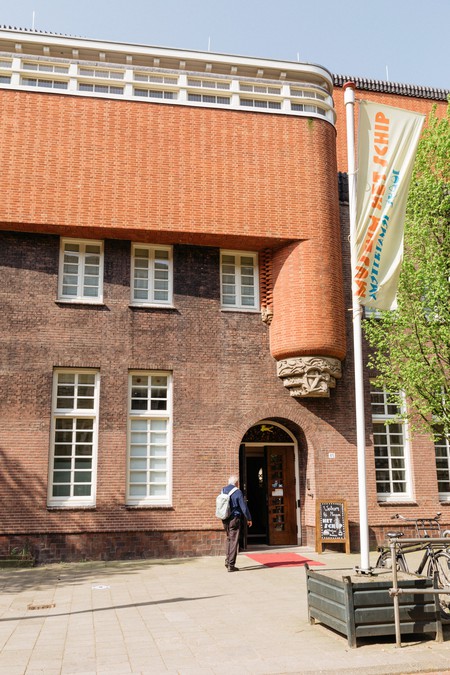 Check out one of the last windmills in Amsterdam

Molen de Otter has stood in Amsterdam since the 17th century and is among the last surviving windmills in the city. This iconic machine was once part of a large, industrial complex that has been almost completely torn down. Fortunately, De Otter was saved from demolition and was restored to working order in the mid-1990s.

Stenen Hoofd is a rocky, peninsula that juts out into the river IJ. Although it may look rather industrial from a distance, this artificial piece of land has been converted into an improvised urban beach and features a charming, sandy corner with a secluded swimming area. The area also hosts art and film events throughout the year including an outdoor film festival called Pluk de Nacht.