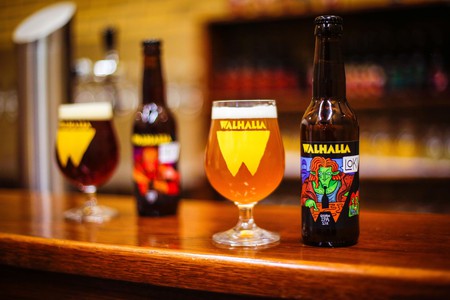 Thanks to the many excellent independent breweries based in the city, finding tasty craft beer in Amsterdam is rarely difficult. These local breweries often feature on-site tasting rooms, where they serve their latest and greatest brews on draft. 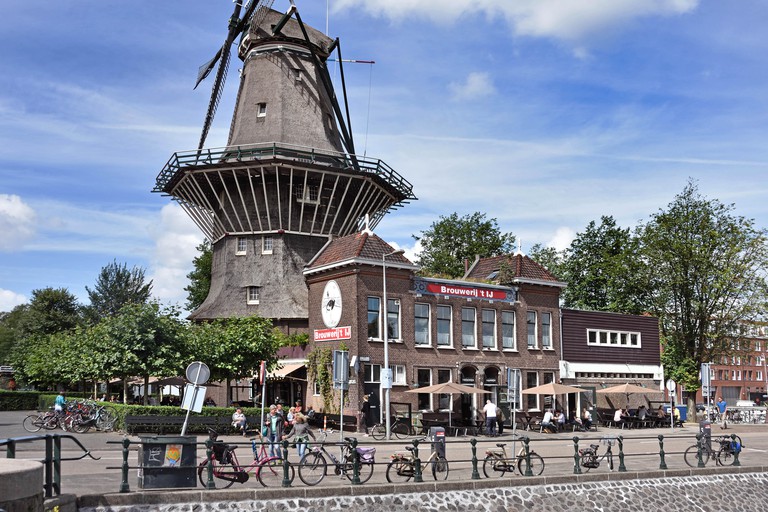 Brouwerij ’t IJ stands underneath the tallest windmill in Amsterdam and stamps its beers with labels that bear this mammoth machine’s likeness. As it launched in the mid-1980s, it ranks among the oldest craft breweries in the Netherlands and has created many outstanding brews over the years, including eight signature beers that are exceptionally popular in Amsterdam. Aside from its standard selection, Brouwerij ’t IJ regularly produces special seasonal beers, like its dark Autumnal IJbok or fruity springtime Paasij, which are only available for limited periods of time. Brouwerij ’t IJ offers guided tours around its brewing facilities and has an on-site taproom with an expansive canal-side terrace. 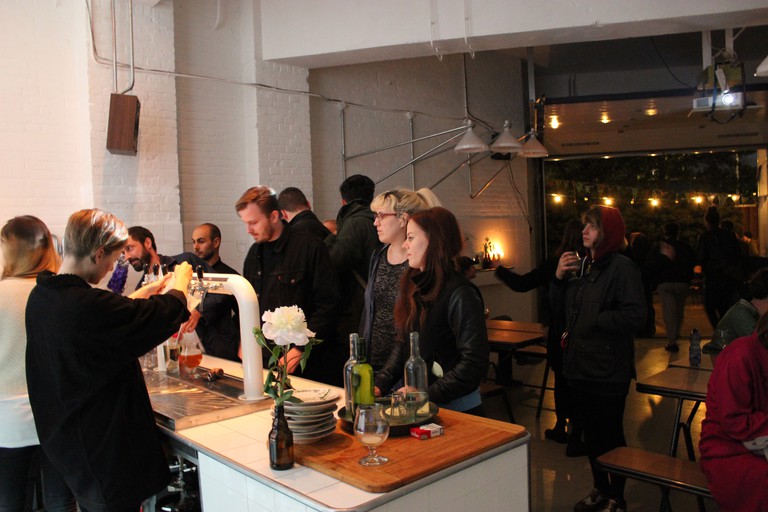 Butcher’s Tears moved into an old canal-side warehouse in Amsterdam-Zuid back in the mid-2010s and then, turned this rustic industrial space into an innovative brewery complete with an on-site minimalistic taproom. Since then, they have employed their brewing expertise to create line after line of tasty craft beers, ranging from well-balanced IPAs to barrel-aged dark ales. The brewery aims to ‘enrich beer culture’ by drawing inspiration from historical brewing techniques while experimenting with new ideas and often releases inventive modern brews based on classic recipes. Butcher’s Tears regularly organises events inside its taproom including live concerts with local musicians, movie nights and beer release parties. 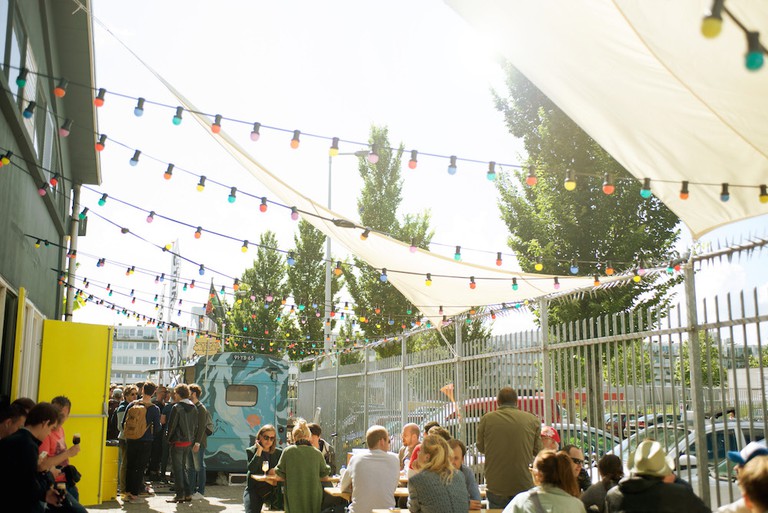 Oedipus Brewery was founded by four friends with a love of beer from Amsterdam, who were eager to shake up the city’s brewing scene by releasing their tasty, creative brews onto the world. Since launching in the early 2010s, Oedipus has created many different styles of beer, which are based on classic brews from Europe and North America. Many of their colourful concoctions are laced with zesty ingredients like mango, lemongrass or chilli peppers, which add subtle undertones to otherwise familiar beers. These well-balanced beers are available on draft inside Oedipus’ headquarters in Amsterdam-Noord, which welcomes visitors from Thursday to Sunday every week.

This difficult-to-spot brewery is located within the hustle-and-bustle of Amsterdam’s Red Light District and features a surprisingly spacious brewpub that serves beer, bar snacks and classic Dutch meals. Whereas other craft breweries in Amsterdam tend to lean towards more experimental methods, de Prael relies on time-honed recipes and makes many traditional brews that originated in the Netherlands or elsewhere in western Europe. It is possible to join guided tours through the brewery to discover more about its history, mission and outstanding beers. 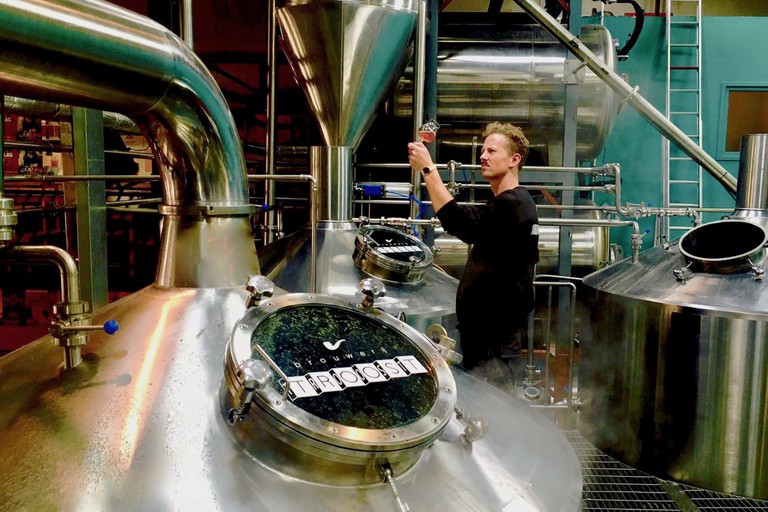 Back in 2014, Brouwerij Troost converted an old Art Deco-style monastery in de Pijp into a modern brewery, taproom and restaurant and began brewing 100,000-litre batches of beer inside this monumental location. In order to fulfil demands for their tasty craft beer, Troost has since established two other breweries in Amsterdam, as well as a dedicated brewpub that keeps most of their creations on tap. The brewery’s first location still welcomes beer lovers throughout the week and serves delicious pub grub alongside its extensive drinks menu. Although Troost likes to experiment with their brews and regularly releases adventurous blends, they also make many classic beers, ranging from smooth golden pilsners to low-alcohol IPAs. 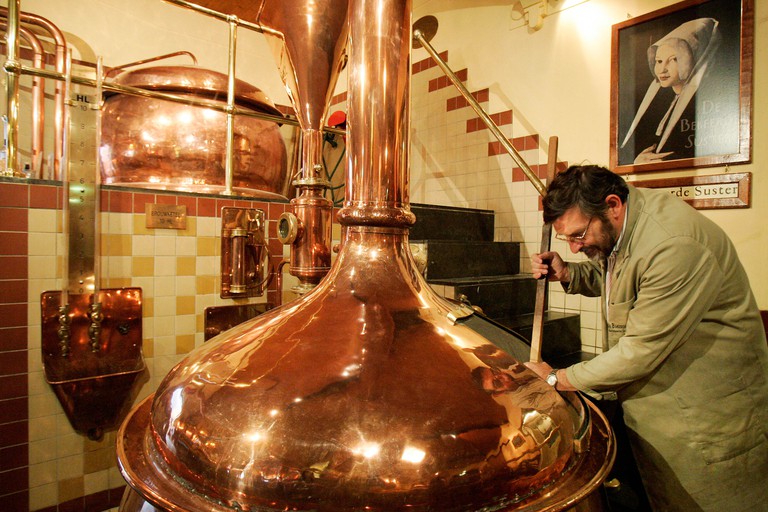 This charming micro-brewery, bar and restaurant stands on the foundations of a Medieval monastery that once accommodated an order of religious women known as de Bekeerde Suster (the Converted Sisters). This sisterhood was founded in 1450 in order to protect vulnerable women from poverty and hardships related to city life. To generate additional funds for their mission, the nuns brewed beers inside their monastery and sold their potent creations to Amsterdam’s gentry. Although the sisterhood has long since disbanded, the current owners of de Bekeerded Suster honour their memory by embracing traditional craftsmanship and brewing tasty old-school Dutch beers. 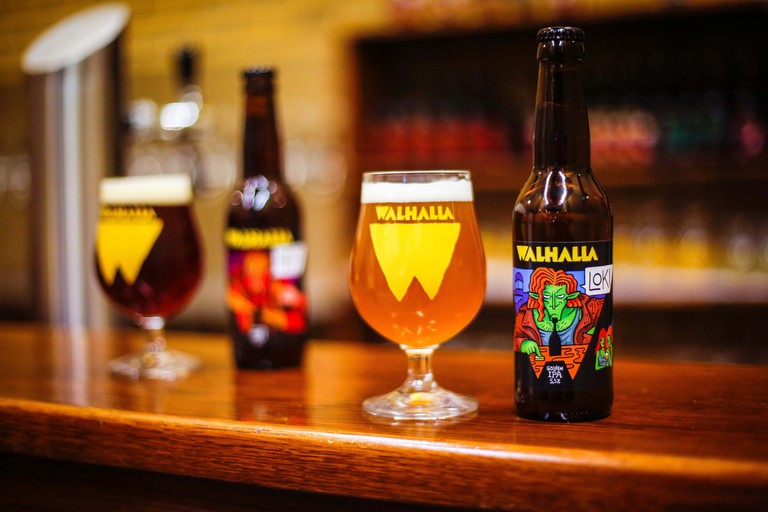 Walhalla draws inspiration from ancient religion to brew its beers and names its creations after powerful primordial deities and other lesser spirits from international folklore. For instance, the brewery’s devilishly tasty golden IPA bears the name Loki in honour of the Norse god of mischief, whereas its potent red-tinged American Ambers was christened after Ares in tribute to the deity’s fiery temperament. Most of Walhalla’s divine brews are available on draft inside its taproom, which admits congregations of beer lovers from Friday to Sunday every week.