With an abundance of writers, Amsterdam has a thriving literary scene. We scratch the surface and take a quick look at one of the most vibrant community of book lovers in Europe.

Amsterdam is a city with a literary feel. Take a walk through its center and you’ll see. The numerous canals, the tring-tringing of bicycle bells, the cheerfully disorientating layout of its narrow streets. It is eminently writeable. Yet it has never had anything like the literary cachet of, say, Paris or Berlin. Many important Dutch writers have emerged from or made their homes in the city – Gerard Reve for instance, or Jona Oberski – but people don’t often speak about the great books or short stories or poems written in Amsterdam, and there isn’t a tradition of young writers flocking there or dreaming of doing so. 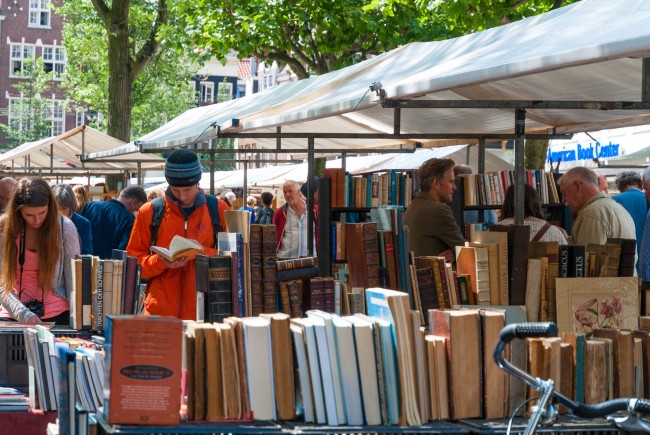 Maybe the city’s low-key literary status has something to do with its unique makeup. If you read Hemingway’s descriptions of his life as a young man in Paris in the 1920s, you get the sense that he and his writer chums – a mind-bogglingly prestigious group that included F. Scott Fitzgerald, James Joyce, William Faulkner and Ezra Pound – were very aware of themselves as expats. Being largely from England and America gave them a reason to band together, not so much ‘us and them’ as ‘us over here.’ For years now, Amsterdam has been a sort of international zone. The overwhelming majority of its residents speak both Dutch and English and many of them can – and do, on a daily basis – speak three or four languages. Everybody mingles. It is not the kind of place where you can revel in your expatriated-ness. Cliques don’t form as naturally in Amsterdam as they do elsewhere. It’s partly this that makes Amsterdam’s literary scene so special. 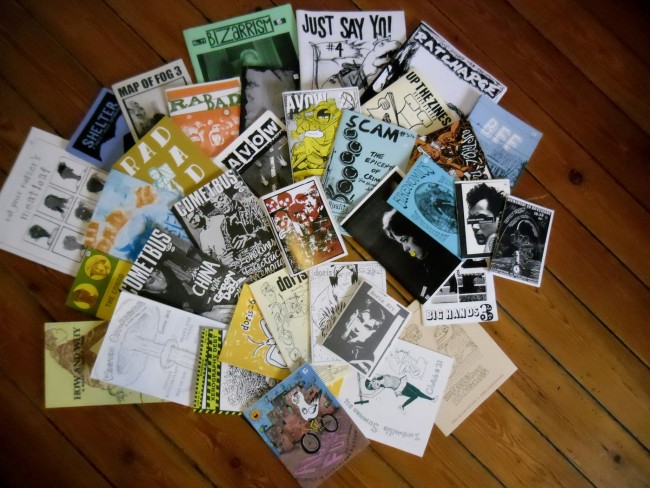 The scene reflects the city itself: it is diverse, multi-lingual, understated and surprising. There have always been writers living and working in Amsterdam, yet the contemporary scene feels as though it is in its infancy. Actually, not its infancy – its adolescence. It is a scene that is trying different things and experimenting with different identities. In fact, it is misleading to talk about it as if it’s this one cohesive thing. It is more like a handful of interlinked communities comprising people from all different cultural backgrounds. Try Googling ‘writers Amsterdam.’ You’ll get a list of dozens of writing groups and workshops, most of which are run by volunteers and are always looking for new members. Two random examples: ‘Shut Up & Write,’ a group of young writers who meet monthly to write together in silence for one hour, and the Amsterdam Writers Guild, which was established by resourceful students at the University of Amsterdam in response to the lack of creative writing courses on the English department’s curriculum.

Such industrious literary activity is unsurprising, really. Amsterdam has always been a city in love with the printed word. Go out exploring and you’ll find dozens of fine bookshops scattered about the place. It even has a dedicated book-buying hub: the Spui. Located a ten minutes’ walk from Amsterdam’s central station, this little cobbled square provides the venue for a weekly outdoor book market and is the permanent home of several enormous bookshops. The four-floored American Book Center boasts a monthly program of lectures, interviews and book signings, while nearby Atheneum offers what must be the largest selection of magazines this side of…well, anywhere. Further afield, there is Perdu, Amsterdam’s center for Dutch poetry, and Boekie Woekie, which specializes in self-published and small-press books on artists. 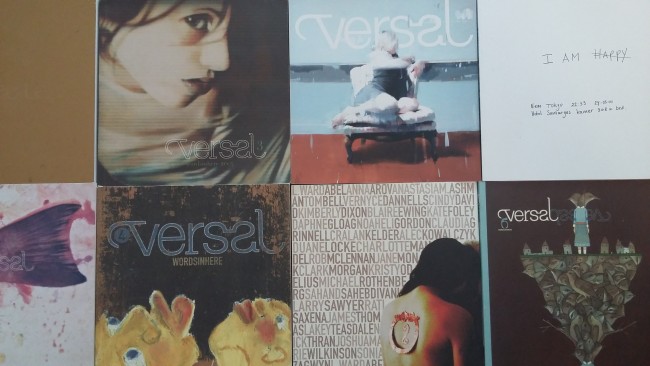 The indie approach to publishing is something you’re starting to see more and more of in Amsterdam. In the past ten years or so, a number of anthologies, journals and zines have appeared, in both print and digital form. Of these, the most well-known is probably Versal, a predominantly English-language magazine founded in 2002, which has helped to put Amsterdam on the literary map. Its editor-in-chief, American Megan M. Garr, was named one of 50 ‘Power Amsterdammers’ by Time Out Amsterdam in 2010. Featuring poetry, short stories and art, each edition is gorgeously designed, reflecting Garr’s belief that ‘…we can expect more from our journals than being mere containers for writing.’ Though the journal itself is currently on hiatus, the team behind it are by no means inactive. They organize a load of regular events, perhaps the coolest of which is VERSO, a series of performances by writers and artists from all over Europe, intended to be like a live version of the journal.

Speaking of live literary events, Amsterdam has no shortage of those either. The aforementioned Perdu holds poetry evenings whenever they can tempt a poet into coming and doing a reading, which thankfully is often. Plus, all year-round, Amsterdammers can attend talks by bona fide literary giants like Marilynne Robinson and John Irving, courtesy of the John Adams Institute.

Deserving of a special mention in the live category is Mezrab. Tucked away on the waterfront of the city’s Eastern Docklands area, this hardworking community center was set up by a family of Iranian expats and is an excellent example of the sort of diversity Amsterdam does so well. There’s a regular program of comedy, poetry, spoken word and storytelling nights in Dutch and English, as well as other languages. On top of that, there’s the Mezrab Storytelling School, run by Sahand Sahbedivani, award-winning storyteller and Mezrab’s manager. (And while this isn’t strictly, or even loosely speaking a literary-related thing, it is worth mentioning that Mezrab also puts on some seriously good live music.) 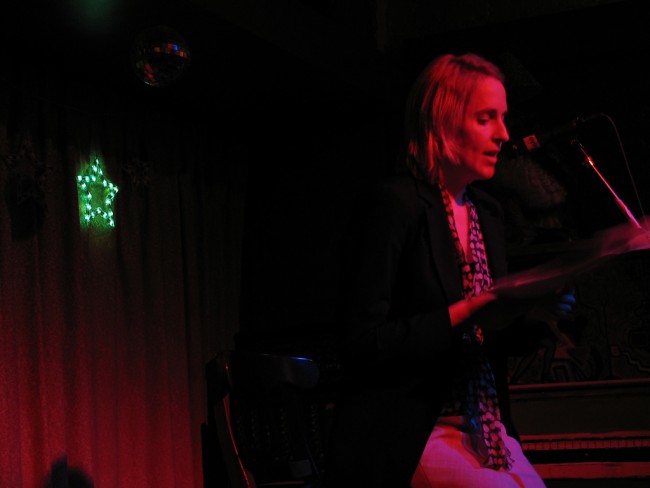 Obviously, this has been only a partial rundown of Amsterdam’s literary goings-on. Anything else would be nigh on impossible, partly because it’s hard to know just how many writers are at work in the city, scribbling and typing behind closed doors, and partly because new work and new events are cropping up all the time. Whether you’re a writer or have writerly inclinations, the best way to get a sense of the whole thing is to go there and plug yourself in.