A Guide to the Best Art Hotspots In Amsterdam

In the past few years, Amsterdam has re-emerged as a hotspot for contemporary art. Aspiring artistic talent is flourishing in the Dutch capital as new art spaces appear on a rolling basis. By carefully selecting the leading venues of the city, the nonprofit organization Amsterdam Art guides art lovers through the city’s contemporary art scene. Besides keeping followers up to date with the most important exhibitions and events happening throughout the year, Amsterdam Art organizes one of the most important art events in Amsterdam: the Amsterdam Art Weekend is held annually in November and turns the entire city into an internationally oriented meeting place for contemporary art. 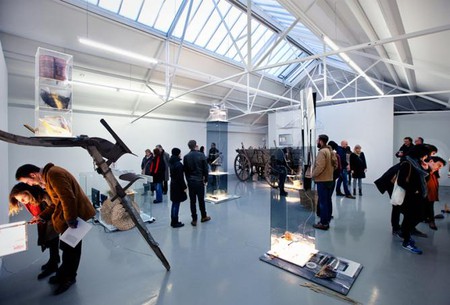 Galleries have a strong presence in Amsterdam and play a vital role in the promotion of young talent. While some galleries have come into existence within the last couple of years, others are true strongholds in the contemporary art scene: gallerist Annet Gelink, for instance, recently celebrated the 15-year anniversary of her gallery which has consistently been on the forefront of international developments in the visual arts. Galerie Fons Welters was founded in 1988 and focuses on supporting talented artists at an early stage in their development – most of the artists the gallery represents have been on board since the very beginning and have since launched international careers. Both Annet Gelink and Fons Welters are located in the Jordaan neighborhood, where it’s almost impossible to walk a few steps without bumping into an art space – but make sure to check out some spaces off the beaten track, too. Upstream Gallery is known for its experimental exhibitions and almost rebellious artists, and is located at a walking distance from Grimm gallery, which boasts leading international artists such as Charles Avery and Daniel Richter. 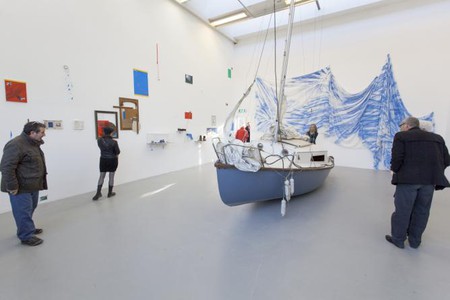 Amsterdam is a great place to explore emerging talent, not lastly thanks to the two artist residencies De Ateliers and de Rijksakademie van beeldende kunsten. Dutch galleries regularly stage shows with the residents and alumni of these institutions. While the residencies are usually closed to the public so that the artists can work in peace, they open their doors once a year. The RijksakademieOPEN coincides with the Amsterdam Art Weekend in November, and De Ateliers also hosts open days once a year in spring. Together, these events attract thousands of visitors, including many art professionals travelling from abroad. The alumni of these institutions have promising careers ahead of them: renowned names such as Piet Mondriaan, Karel Appel, and more recently Marlene Dumas, Ryan Gander, and Folkert de Jong have completed residencies at de Rijksakademie or De Ateliers. 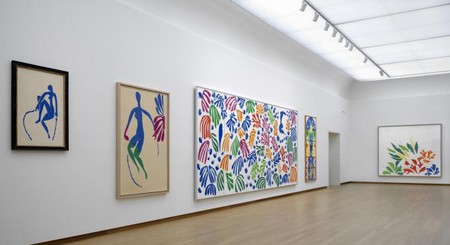 Amsterdam is arguably famous for its museums: Since the reopening of the Stedelijk Museum in 2012, this leading museum for modern and contemporary art has brought new life to the museum square and re-established Amsterdam as a cultural hotspot. After having undergone a complete renovation with a new wing, the Stedelijk has not failed to impress with both its magnificent collection of modern art and changing exhibitions of major contemporary artists such as Mike Kelley, Marlene Dumas and Henri Matisse. All throughout 2015, you can experience the Tino Sehgal performance program that enacts different disruptions in the gallery spaces each month.

For performance art fans, another must see museum is the de Appel arts centre, which has a rich history of performance art but also fulfills a key function for contemporary arts in the city overall. The institute has an extensive public program with exhibitions, performances, lectures and discussions, and was a pioneer in the organization of special Gallerist and Curatorial Programs. These internationally renowned programs provide young curators and gallery owners with opportunities to develop their expertise and curatorial thinking. The Curatorial Program culminates each year with an exhibition at De Appel in late spring, where the participating curators showcase their final projects.

EYE is the number one museum for film and architecture lovers alike: the brand new and acclaimed building by architects Delugan Meissl can be seen from across the IJ river and houses multiple cinemas, a restaurant and bar, and a large exhibition space. The exhibitions change four times a year and often highlight the oeuvre of a particular director or film-related artist, such as Anthony McCall or David Cronenberg. 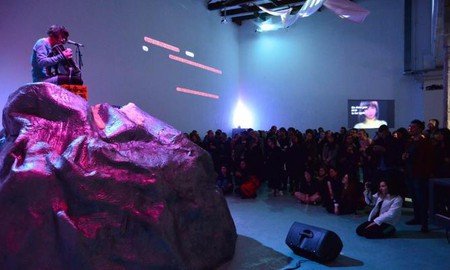 Do you prefer more experimental art spaces that work outside of institutional frameworks? Then make sure to head to project space W139, an artist-run venue right in the heart of Amsterdam. Taking its motto ‘art comes first’ very seriously, W139 consistently stages innovative exhibitions that are accompanied by a variety of events. Or visit Rongwrong in the Red Light District, a tiny space run by two art historians that makes it a priority to house less well-known and established artists. PS (which the directors say can stand for Post Scriptum, Project Space, Public Space or Private Space) aims to offer a new concept of staging exhibitions that stands in between the conventions of an artist-run space and a commercial gallery – and while you’re there, why not walk over to P//////AKT on Zeeburgerpad, which continuously stages large-scale solo exhibitions that manage to conceive new outlooks on our contemporary ways of thinking. 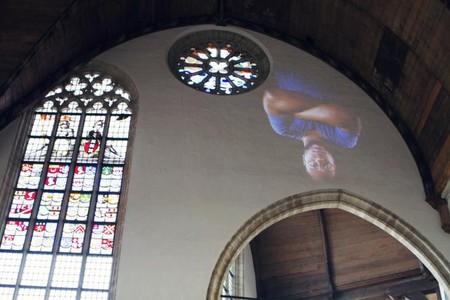 Starting last November with the Tony Oursler exhibition ‘I/O Underflow’, the Oude Kerk conceptualizes special exhibitions at the cutting edge of contemporary art. This makes the oldest church in Amsterdam a worthwhile destination for both its impressive architecture and the changing exhibitions staged underneath its wooden roof.