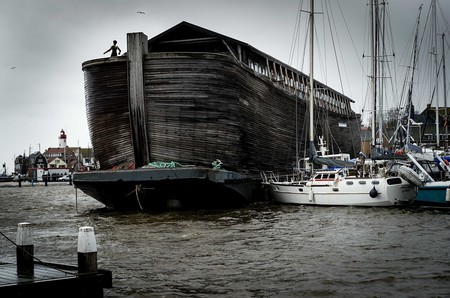 On Wednesday January 3, 2018, high winds caused a life-sized replica of Noah’s Ark to break free from its moorings and run amok through the harbour of a small Dutch village called Urk. Fortunately nobody was harmed during this bizarre episode, even though the vessel in question managed to smash into several smaller boats while adrift.

Before the incident the boat was primarily known as the first floating bible museum in Europe and was built to house a series of exhibitions that recount stories from the Old and New Testaments – including the Genesis Flood Narrative. Although the boat appears rather primitive, it features a steel inner shell and ranks among the largest vessels docked in Urk’s harbour. 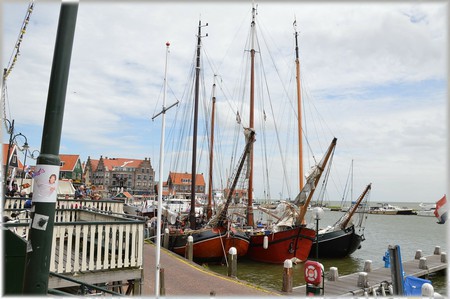 Urk is a small, historic fishing village in the centre of the Netherlands | © pixabay

This 70-metre-long, waterborne museum was moved to Urk in November 2017 and tethered to several nearby boulders. Unfortunately, these restraints weren’t strong enough to withstand the severe winds that battered the Netherlands during the early days of 2018, leading to the aforementioned misadventure on January 3. 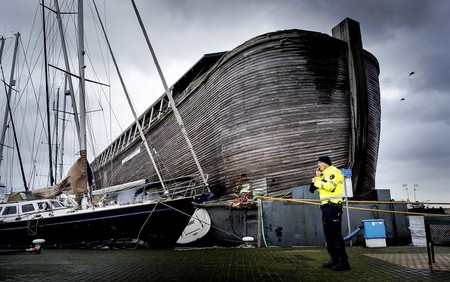 After the boat broke from its tethers, it lurched through the harbour crashing into other vessels and a floating jetty, causing considerable property damage within minutes. According to news sources, the Dutch emergency services rescued seven people from the boat after the mishap and then cordoned off a section of the harbour in order to prevent another incident. Several animals were left onboard during this time, but have since been safely escorted to shore.

Soon after the boat crashed through the marina, several videos covering the incident were uploaded onto social media websites, including the following clip filmed from the deck of another vessel moored in Urk’s harbour.