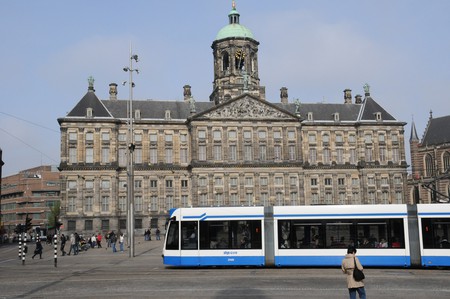 There’s something special about shopping in Amsterdam. The city’s relaxed pace and clever urban planning allows visitors to leisurely drift between shops, picking up exclusive brands or discounted outfits along the way. Its main shopping areas are easily accessible from the city centre and can be covered in a single day via Amsterdam’s excellent public transport system or iconic cycle lanes. To help you navigate around its wonderful boutiques, vintage stores and high-end fashion retailers we’ve put together the following guide for fashion lovers in Amsterdam.

Fashion in central Amsterdam revolves around Dam Square. The Northern side of this beautiful plaza backs onto De Bijenkorf, an enormous department store that is completely dedicated to luxury brands. This glorious building was designed by members of the Dutch impressionist movement in the 1920s and has been attracting legions of shoppers ever since. The upper floors of De Bijenkorf are devoted to high-end fashion and contain a vast collection of clothing from names like Ralph Lauren, Adidas, Calvin Klein and Tommy Hilfiger. 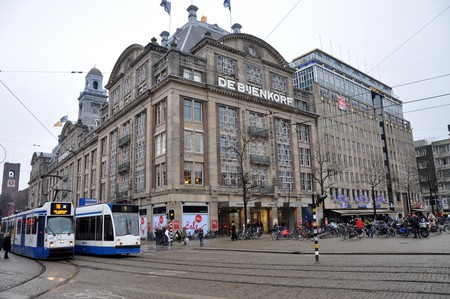 Dam Square is surrounded by several busy shopping streets and its Southern corner leads onto Kalverstraat. This long, pedestrianised avenue is lined with international clothing stores including H&M, Monki, Topshop and Urban Outfitters. These retailers are housed within huge showrooms and many are spread over several spacious floors. Although Kalverstraat becomes notoriously crowded during the weekend, its service always remains impeccable. 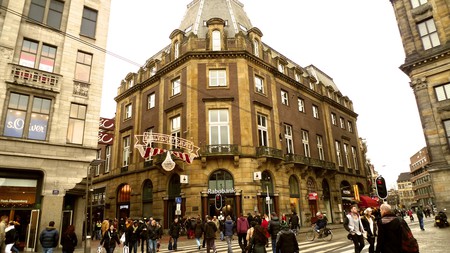 Alternatively, shoppers can venture over to Utrechtsestraat, a quiet, central road that flows between Rembrandtplein and de Pijp. Quaint, Dutch townhouses lean over the street’s main tramway and the area is astoundingly photogenic. Countless boutique stores are spread over Utrechtsestraat and the nieghbourhood also has several fantastic coffee bars where shoppers can relax during long afternoons wandering around Amsterdam. The Dutch fashion outlet We Are Labels has a large store midway down Utrechtsestraat and regularly holds massive clearance sales. 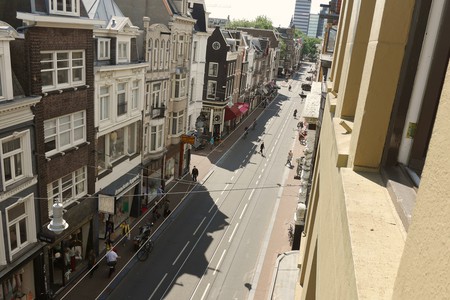 De Negen Straatjes is slightly larger than Utrechtsestraat but has a similar atmosphere. The neighbourhood is contained within Amsterdam’s Western canal ring and covers nine idyllic streets. Since the early 90s, designers have flocked to De Negen Straatjes and have successfully created a distinctive boutique economy. Many smaller Dutch labels have storefronts inside of De Negen Straatjes and personally curate their showrooms. The area also has an abundance of fantastic vintage shops and houses the largest Episode in Amsterdam. 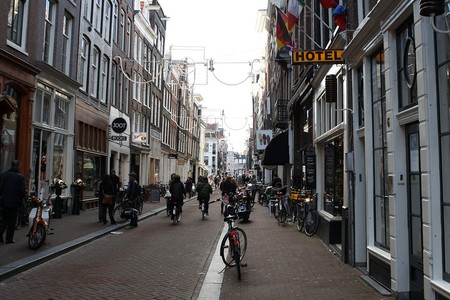 P.C. Hooftstraat is Amsterdam’s most famous shopping area. This street is colloquially known as The P.C. and attracts scores of shoppers each day. Its stores are exclusively high-end, meaning that shopping on the P.C. is naturally expensive. Nonetheless, the area is the best place in Amsterdam to pick up luxury brands and is recognised as the third best shopping street in the world due to its outstanding service, relaxed footfall and beautiful architecture. 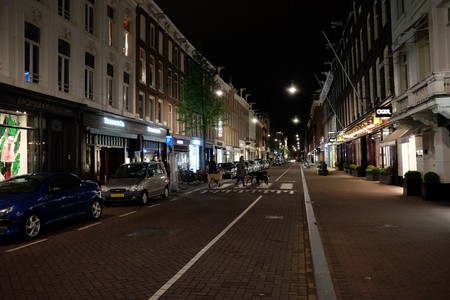 The P.C. at night | © Franklin Heijnen / Flickr
Give us feedback