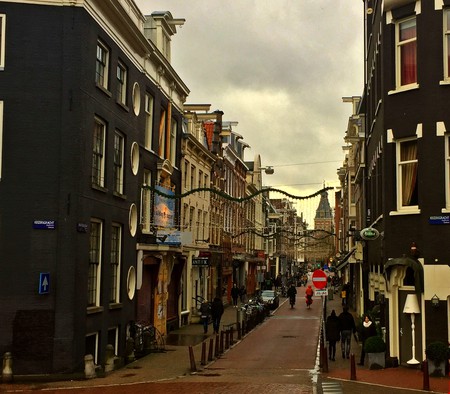 The Rijksmuseum visible through Nieuwe Spiegelstraat | © the Culture Trip

Amsterdam’s Nieuwe Spiegelstraat lies on the the southern axis of the city’s historic canal belt and houses an impressive roster of antique stores. These charming, yet mysterious establishments contain countless curios and other alluring historic items.

The street in question runs through a southern quadrant that stretches between Prinsengacht and Herengracht canals. This picturesque neighbourhood is among the most well-preserved parts of the city and still features dozens of narrow town houses with high gables and pointed roofs. Over the past three centuries, many antique dealers have established showrooms on Nieuwe Speigelstraat, creating an almost uninterrupted line of stores that are dedicated to collectibles, decorative items and objet d’art.

Although every antique store on Nieuwe Spiegelstraat has an unique collection, many have comparable selections and sell classic items associated with the Netherlands like blue Delft tiles, ceramic tulip vases and memorabilia related to the county’s aristocracy or mercantile history. These stores include several iconic establishments that have remained in business for generations, including Toussaint Bonnet, which sells many stunning pieces of period furniture, and Kramer Art & Antiques, which has an astounding collection of ceramic tiles. 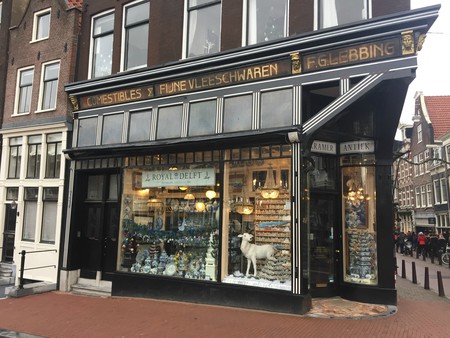 Although the street’s mainly known for its antiques, there are also several private, contemporary art galleries located on its banks. These establishments often have quite exclusive collections and artworks items that were created by particularly famous figures such as Banksy or Picasso. Aside from art and antiques, Nieuwe Spiegelstraat features one of the largest second hand clothing stores in Amsterdam, Episode, which houses two floors of vintage threads, ranging from old military jackets to Ralph Lauren button-down shirts. 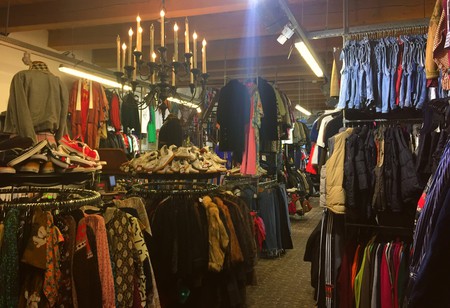 Inside Episode | © the Culture Trip

Visitors to Niuewe Spiegelstraat can also sit down for (or pick up) meals at several lunch spots. Stach, for example, makes seriously tasty homemade sandwiches and coffee, whereas Soup en Zo sells some of the heartiest soup in the entire city.