A Cheese Lover's Guide to Amsterdam 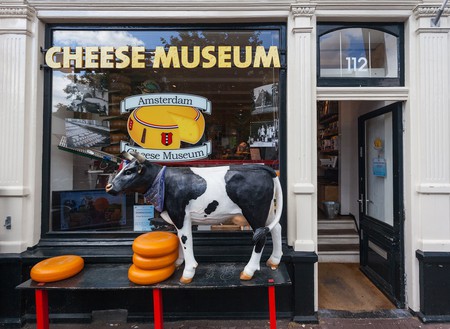 The Dutch are passionate about cheese. It’s a cornerstone of the national diet and each province has its own particular specialty. Amsterdam is the center of the dairy trade in the Netherlands and is surrounded by fertile farmlands where world famous cheeses have been produced for centuries. There’s an abundance of cheese vendors in the capital, and to help you navigate through the city we’ve put together the following guide.

The Cheese Museum Amsterdam is just around the corner from Anne Frank House on the Northern side of the Prinsengracht. The museum’s friendly staff are trained in the art of cheese making and are happy to share their wisdom on the time-honored techniques behind the Dutch dairy industry. Each guide is dressed in traditional Dutch clothing and will help you choose from their fine selection of products, cutting off chunks of cheese from huge wheels to provide tasters. There are some real delicacies inside the cheese museum, including a vintage gouda that has been matured for four years. 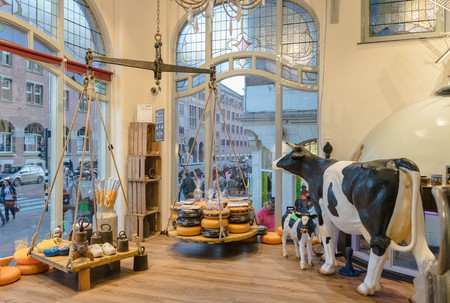 From there it is only a short walk to Singel and its long row of cheese vendors. On the street adjacent to Amsterdam’s floating flower market there are many shops dedicated to cheese. Big names such as Henri Willig and Old Amsterdam sell their produce on this canal side passage, and serve free samples from enormous bowls. Old Amsterdam is particularly popular in North Holland making a variety of gouda that is exceptionally tangy and has a distinctive crumbly texture. The cheese has a delightful mix of sturdy flavors and is somewhere between a strong cheddar and a firm parmesan. 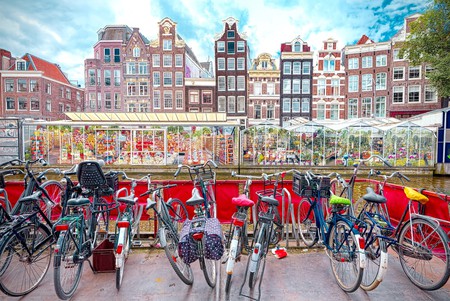 More cheese shops can be found in de Jordaan and de Kaaskamer is less than a kilometer north of the flower market. This store is chucked full of cheese and sells both imported and local varieties, meaning that it is a great place to chow down on some French, or Belgian specialties.

Kaashuis Tromp is also nearby and employs an knowledgeable team of cheese connoisseurs to help customers choose between their organically produced stock. 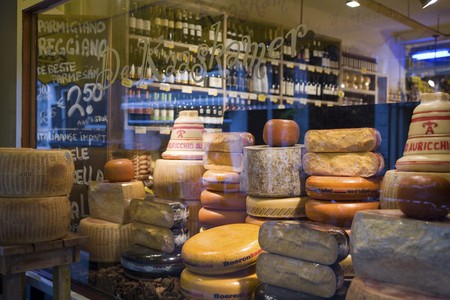 During the night time restaurants serve a plate of local cheese as either entrées or desserts. Dutch beer and cheese are perfectly matched and most bars in Amsterdam have some sort of cheese plate on its snack menu. Typically, Dutch pubs offer a large cheese board to accompany drinks- a platter that is usually served with a side of mustard for dipping.

Outside of the city center, it’s always worth visiting one of Amsterdam’s daily markets to find a good cheese hit. Albert Cuyp and Dappermarkt have an impressive array of cheese stalls and most vendors are dedicated merchants with strong ties to local farms and distributors.

Towns such as Gouda, Edam and Alkmaar are also relatively close to Amsterdam with cheese markets that make for a great day trip. In these towns it is common to see cheese-merchants dressed up in traditional outfits while trading their produce at weekly markets. 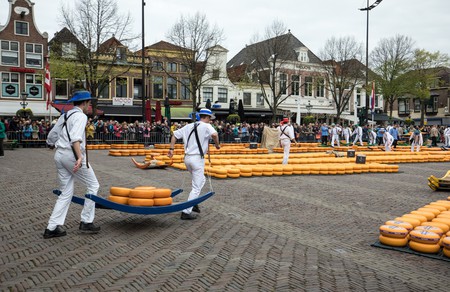 Dutch cheese market in Alkmaar, The Netherlands | © wjarek/Shutterstock
Give us feedback