A Brief History of Viktor & Rolf 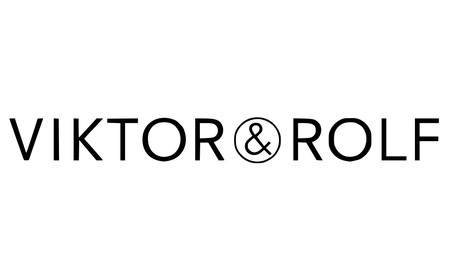 Dutch fashion designers Victor & Rolf recently unveiled their latest collection, aptly named Vagabonds. Their work uses haute couture techniques to repurpose found materials and fabrics into astounding collages. Many outfits contain elements from Viktor & Rolf’s earlier designs and the pair scoured their back catalogue for inspiration, tearing apart older clothes and then weaving them together. Consequently, their designs appear ad-hoc or improvised, resembling handwoven clothing that was produced out of necessity. This ‘primitive’ aesthetic represents the designer’s unique sense of nostalgia, and coincidentally, their maturity’s relationship with the past.

Victor & Rolf have always been daring fashion designers. In 1998, they put on an unauthorised catwalk presentation during Paris Fashion Week. This show parodied the late twentieth century’s fears and anxieties while challenging haute couture’s standard practises. Models were dressed in oversized outfits, stuffed with balloons, creating a silhouette that resembled the ominous outline of a mushroom cloud. One of these dresses made Time’s picture of the week, drawing Victor & Rolf directly into the limelight. 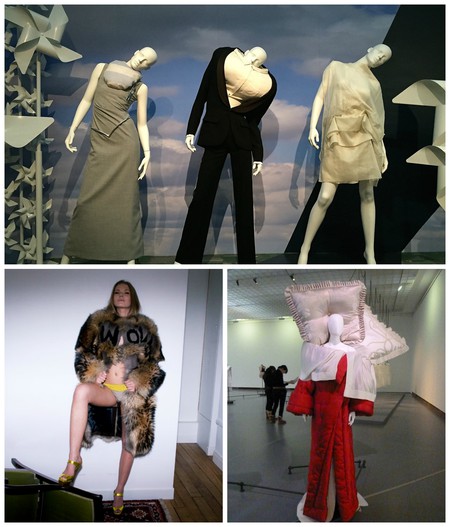 For them, the catwalk is a laboratory where ideas are tested rather than presented. Often, their contributions to fashion shows turn into full blown performance pieces that combine theatrics with experimentation. In 1999, they presented Russian Doll. This haute couture collection was slowly layered onto model Maggie Rizer, encasing her in dress after dress. Within minutes she was completely immobile and eventually began to resemble an elaborately decorated wooden doll.

While Victor & Rolf originally made clothes that were almost unwearable, they have designed for Nêt-à-Porter and in 2006 teamed up with high street fashion chain H&M. Victor & Rolf saw this collaboration as a marriage between two colourful partners and designed their commissions around this theme. The collection’s outfits are unanimously quaint, bearing heart-shaped motifs and flowing bridal lace. Today, this line has been discontinued but can still be purchased from other fashion dealers.

Faint traces of these older wardrobes can be found in Victor & Rolf’s latest collection, demonstrating that these idiosyncratic couturiers are still ahead of their game while deeply indebted to their past.