A Brief History Of The Royal Palace Of Amsterdam 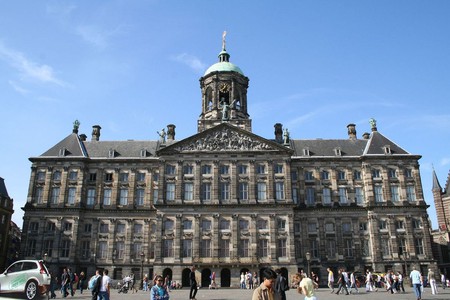 At the height of the Dutch Golden Age, Amsterdam’s municipality decided to construct an elaborate town hall on the western side of Dam Square. This massive building was intended to symbolize the Dutch Republic’s growing influence and administrative power. The architect behind this project, Jacob van Campen, was inspired by the Roman Empire’s palaces, believing that Amsterdam was set to become the greatest city in Northern Europe.

This ardor fuelled his work and van Campen used his skills to devise a building that replicated the magnificent glory of Rome’s palatial architecture. These designs were interpreted through a sense of democratic restraint and van Campen infused the town hall with an austere sobriety that has become synonymous with Dutch Golden Age architecture. His plans were completed in 1655 and the town hall operated as a communal center until 1806 when it was transformed into an imperial palace. 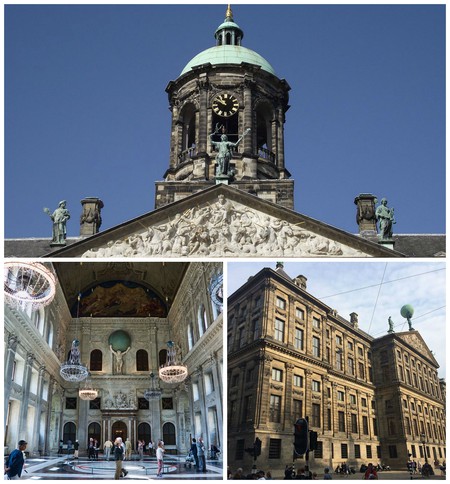 During this time the Netherlands fell under the rule of the French Empire and was forced to accept Louis Napoleon I as the king of Holland. This new monarch converted Amsterdam’s town hall into his own residency, effectively annulling its original democratic purposes. After the French were expelled from the Netherlands in 1813, King William I was instated as the first king of the Netherlands.

Realizing the town hall’s strategic importance William decided to keep it in the crown’s possession. Since then it has remained in the hands of the Kingdom of the Netherlands and continues to serve the Dutch royal family. Several important ceremonies have been conducted inside its halls, including the devolution of Dutch rule over Indonesia in 1949 and the investiture of Queen Beatrix in 1980. Today, the palace is open to the public and regularly hosts exhibitions that explore Dutch history.