A Brief History of the Rijksmuseum 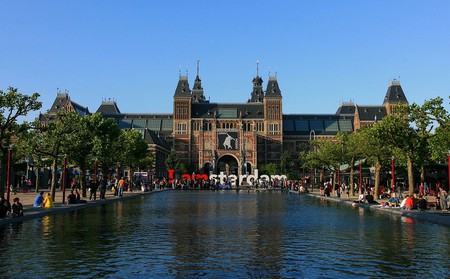 The Rijksmuseum from Museumplein | © marco.almbauergmail.com / WikiCommons

The Rijksmuseum in Amsterdam is the most visited museum in the Netherlands. It houses over 1,000,000 pieces of artwork, documents and other important items associated with Dutch history. Although the museum as an institute has existed since 1800, it was originally founded in the Hague and relocated to the Dutch capital a few years after its inauguration.

In order preserve their national heritage, The Dutch government formed another, older museum in 1795 that was modelled around the Louvre. Whilst based in the Hague, this institute was known as the Nationale-Kunst Gallerij and exhibited approximately 200 pieces of artwork that were mainly owned by wealthy, influential Dutch citizens. Over the next 60 years, the museum’s collection moved between locations in the Hague and Amsterdam due to political developments and other curatorial issues.

Eventually, the Dutch government decided to construct a purpose built museum in Amsterdam to permanently house the collection and held two design competitions. Although the first event was a failure, famed Dutch architect Pierre Cuypers won the second round and was commissioned to design the building. His Gothic, classically inspired design was completed in 1885, after around a decade of construction work. 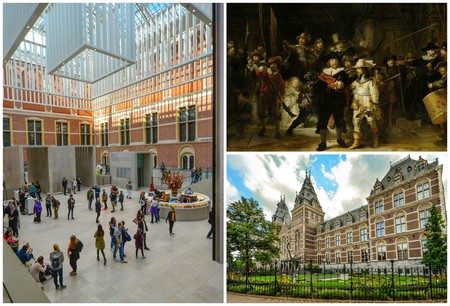 By this time, Rembrandt’s masterpiece, The Night Watch had been added to the collection, creating additional difficulties due to its immense size. In 1906, a special hall was built to accommodate The Night Watch, which allowed patrons to experience the painting in all its glory. Since then, many other wings and rooms have been added to the Rijksmuseum, including its Asian Pavilion which was unveiled in 2013.

The Rijksmuseum is currently able to present and display around 8000 objects at a given time and regularly changes its exhibitions throughout the year. However, many world-renowned artworks are permanently on display inside the museum including The Night Watch, Johannes Vermeer’s The Milkmaid and several important paintings by Vincent van Gogh.