A Brief History Of The Hermitage Museum, Amsterdam 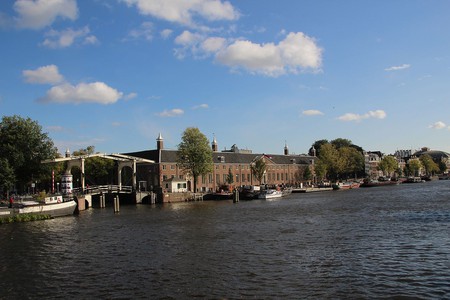 The Hermitage from the river Amstel | © A.A.W.J. Reitman / Wikicommons

The Hermitage Museum Amsterdam extends across the river Amstel’s waterfront and is located on the boundaries of the city’s Jewish Quarter. This palatial building is a classic example of Dutch Golden Age architecture, possessing a modest design that accentuates its magnificent proportions.

The museum’s symmetrical layout resembles many of Amsterdam’s grander buildings, including the Royal Palace and Zuiderkerk, suggesting that it was originally designed to meet magisterial needs. An inscription above the entrance, though, reveals its historical purpose, stating: ‘Diaconie Oude Vrouwen Huys anno 1681’ or in English: ‘Deanery Home for Old Women AD 1681’.

In 1680 a wealthy Dutch merchant bequeathed his fortune to Amsterdam’s deanery. This religious order decided to create a public home for elderly women, and were given a large plot of land by the city’s municipality. A year later, construction was completed and the home opened its doors to Amsterdam’s elderly population. The building sheltered upwards of 400 women and employed a large staff to care for its residents. At its heart lay an enormous church that contained one of the largest halls in Amsterdam. This building was often used for civic purposes, hosting feasts and receptions that welcomed foreign dignitaries to the city, and its guests have included the Dutch Royal family and Winston Churchill. 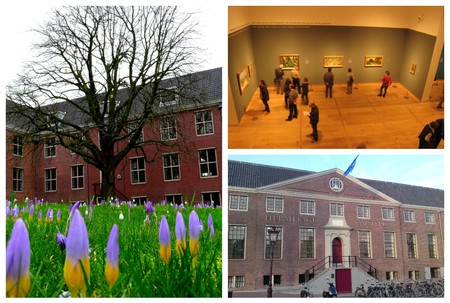 Over the years the home was renovated several times. In 1817, it began to admit men and built an entire wing to accommodate the new residents; later on, larger chambers were created for couples who wanted to continue living together. These changes significantly altered the building’s interior — meaning that most of its original walls have been demolished or replaced.

After 300 years of service the home was closed by its management, believing that residents would be more comfortable in contemporary facilities. Eventually the building was purchased by Amsterdam’s municipality and then leased to the Hermitage organization. This group refurbished the building in order to establish a branch of the Hermitage Museum, St. Petersburg, in the Netherlands. Their plans were completed in 2009 when Queen Beatrix and the Russian president, Dmitry Medvedev, opened the museum to the public.

Today, one of the museum’s permanent exhibitions honors the building’s heritage, documenting its unique place in Amsterdam’s history.