A Brief History of the Hague's Panorama Mesdag 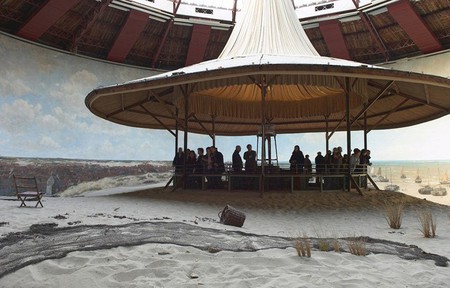 Inside the Panorama Mesdag | © Ferditje / WikiCommons

In 1880, Dutch marine painter Hendrik Willem Mesdag was commissioned to create an enormous, panoramic painting of the Hague’s coastal surroundings. A few years after completing this elaborate artwork, Mesdag purchased the painting from his sponsors and installed it inside a custom-built gallery in the Hague, where it has remained ever since.

Mesdag was already an influential artist before pursuing this mammoth project and was an active member of the Hague School – a close-knit group of painters who mainly created realistic, sombre portrayals of rural life in the Netherlands. Mesdag was among the most celebrated marine painters of his time and his portfolio included many sober seascapes that depicted the rugged Dutch coast. During his lifetime (1831-1915), panoramic paintings were popular in Europe and North America. This type of artwork allowed audiences to immerse themselves in specific historical or geographical scenes at a time when movie theatres were still incredibly rare. 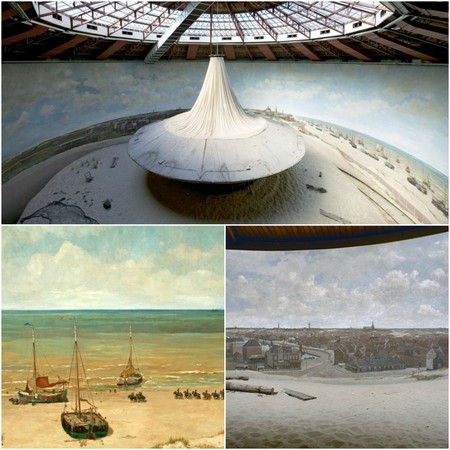 At some point around 1880, a Belgian company approached Mesdag and asked him to create a lifelike, 360-degree painting of the Hague’s coastal vistas. As this painting was too large to complete by himself, Mesdag delegated certain tasks to his wife, Sientje van Houten, and other members of the Hague School; namely Théophile de Bock, George Hendrik Breitner and Bernard Blommers. Each artist focused on specific details, creating an incredibly intricate painting that contains many tiny, yet compelling elements.

The panorama’s perspective places its audience on a sand dune near Scheveningen and the painting itself features many, different interrelated scenes, including cavalry patrols on the beach, villagers going about their daily business, and Mesdag’s favourite subject matter: boats floating beyond the shore.

Although Mesdag didn’t originally expect to own the panorama, he decided to buy it back from his patrons in 1886 after they went bankrupt. He then installed this 14-metre (46-foot) high and 140-metre (460-foot) wide piece in a concentric, tailor-made building in the Hague, that is now known as Panorama Mesdag.