A Brief History of Squatting in Amsterdam 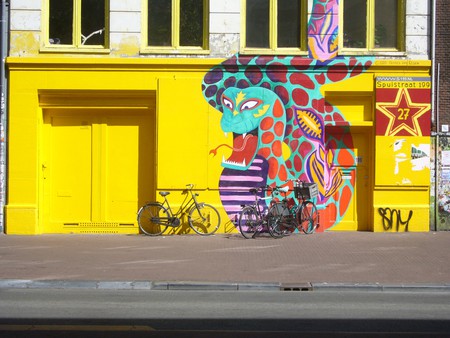 In response to Amsterdam’s housing crises, many people in the city have turned to squatting to secure themselves a home. This trend began in the early 1960s when a number of local activists started to draw attention to the uninhabited apartments that were scattered throughout the city’s central neighbourhoods, which were allegedly kept in disarray by landlords in order to limit affordable housing and artificially increase renting prices.

During this time many older, yet habitable, buildings were cleared away and replaced with more expensive housing projects. Entire neighbourhoods were put in jeopardy, whilst large sectors of Amsterdam’s populace were unable to find adequate accommodation. To combat this, left wing groups organised squatting movements, and started to reclaim unoccupied apartments – many of which had remained abandoned for several years.

After years of planning and development Amsterdam’s local government finally began constructing an eastern metro line through Nieuwmarkt during the late 1960s. This project meant that large parts of the neighourhood would be completely demolished – a decision that led to large-scale riots in 1975. Protestors contested the government’s actions, as many of the buildings in this area were still habitable. Several squats sprung up in Nieuwmarkt during these protests, including Het Fort van Sjakoo, which is now a legalised cultural centre that sells left leaning books and literature. 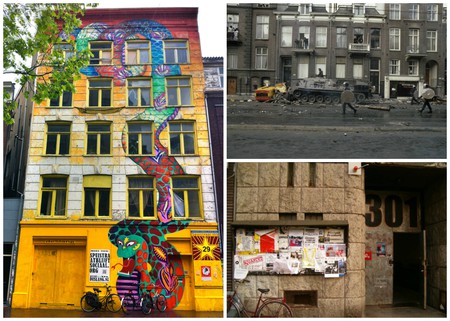 The squatting movement continued to grow during the 1980s and the police clashed with protestors several times throughout the decade. In early 1980, a controversial conflict took place on Vondelstraat, when police employed tanks to clear out a squat. Later that year, squatters set up demonstrations that challenged Queen Beatrix’s coronation, with dissidents uniting around the slogan ‘Geen woning, geen kroning’ (No housing, no coronation).

Although the squatting movement had subsided significantly by the late 1980s, the Dutch government decided to outlaw the practise altogether in 2010, and passed a law that made squatting a criminal offence, rather than a civil infraction. Since then, many occupied buildings have been cleared throughout Amsterdam, amidst demonstrations. However, the squatting movement’s legacy still lives on in Amsterdam, and many former squats have been legalised by the Dutch government, such as OT301, Vrankrijk and OCCII, which now operate as non-profit, cultural organisations.