A Brief History of Begijnhof, Amsterdam 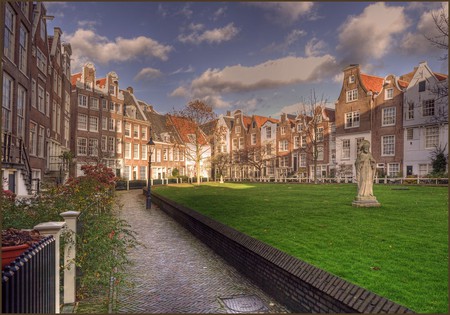 Begijnhof is among the oldest enclosed courtyards in Amsterdam and dates backs to at least the 14th century. This picturesque square features several important historical sites including one of the oldest townhouses in the entire city and Amsterdam’s English Reformed Church.

Begijnhof’s name derives from its original occupants – an order of semi-monastic women known as Beguines. Although it is unclear when this sisterhood founded the courtyard, historical records suggest that they started living in the area around the early 14th century.

Even though this order practised Catholicism they were allowed to keep most of their property after the Reformation – a time when most buildings that were owned by the Catholic church were confiscated by the Protestant Dutch government. However, the commune’s chapel was taken from them in 1578 and given to Amsterdam’s English speaking Protestant congregation, who then converted it into The English Reformed Church. 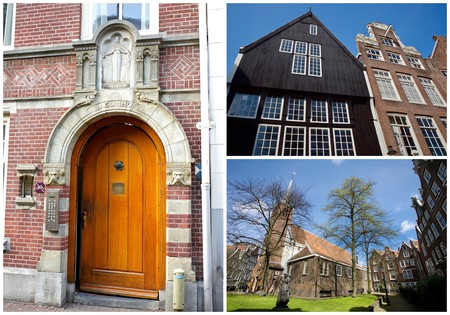 Beguines continued to live in the houses surrounding the courtyard for centuries and the last member of the order, Sister Antonia, passed away in 1971. Many of the houses inside Begijnhof still feature facades from 17th or 18th century, but actually date to much earlier times. The oldest surviving residential building in Begijnhof is known as het Houten Huys (the Wooden House) and has stood on the western face of the courtyard since the early 16th cenutry.

Today Begijnhof is accessible via two entrances on its northern and eastern sides. Its southern entrance was built in the 19th century and is concealed behind a large, wooden door which backs onto Amsterdam’s busy Spui square. The courtyard is open to the public most days between 08.00 to 17.00 and is recognised as one of the most popular historical sites in Amsterdam.