A Brief History Of A Master Forger: Han van Meegeren 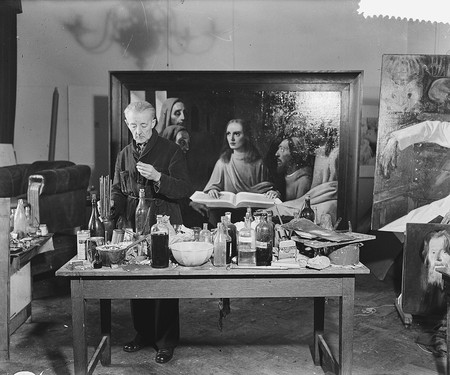 Han van Meegeren is a divisive figure. The master forger successfully fooled the entire art world for over a decade and proved to be a formidable con artist. He spent years studying Dutch Golden Age paintings in order to emulate their creators’ unique, time-honed, methods and used these skills to create elaborate counterfeits that were almost indistinguishable from work made by Rembrandt and Vermeer. Van Meegeren then sold these paintings to eager art dealers -consequently amassing a small fortune.

His exploits have earned him a peculiar place in Dutch history. For many, he was a cunning trickster; someone that preyed on high culture’s pretences and snobbery. While others believe that he was driven by greed and deliberately took advantage of his victims’ goodwill. Regardless of his intentions, van Meegeren was a fascinating character and, indisputably, the greatest forger of the 20th century.

Before his illustrious career, van Meegeren was an aspiring artist. He was inspired by the Dutch Masters’ genre paintings and created well-received homages to 17th century artwork. In 1917 he presented his collection and was accepted as a member of the Haagse Kunstring; an exclusive art club in Den Haag (The Hague). People were impressed by his ability to replicate historic styles and he received stately commissions from wealthy socialites.

Although his work was well-loved in the Netherlands, art critics began to chide his output as unoriginal, believing that van Meegeren could only produce derivative facsimiles. Scorned and insulted, he decided to retaliate. 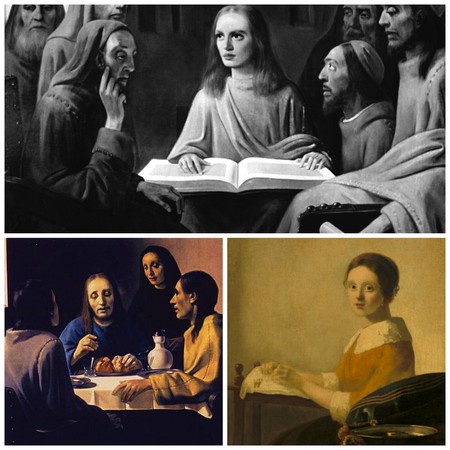 He retired to Southern France and devoted his time to researching Vermeer’s technique. After six years he was ready to reveal his masterpiece: The Supper at Emmaus. The painting was purchased by the Rembrandt Society for a hefty sum, and then paraded around as one of Vermeer’s lost religious artworks. Realizing his success, van Meegeren began producing more forgeries.

During the Nazi occupation of the Netherlands, one of van Meegeren’s forgeries fell into the hands of Hermann Göring. After the war the Allies found this counterfeit among a stash of Nazi plunder and traced the artwork back to van Meegeren, charging him as a collaborator. Threatened with the death penalty, van Meegeren declared that the painting was a forgery and admitted that he had been selling counterfeits all along.

The court acknowledged his confession and sentenced him to one year in prison. A few weeks later, van Meegeren died of a heart attack while out on parole.