9 Unusual Things to See and Do in Rotterdam 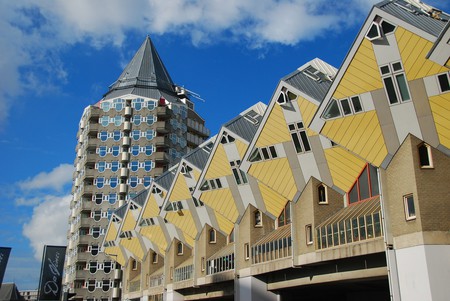 Among the many downright awesome cultural experiences on offer in Rotterdam there are several markedly offbeat or unusual attractions that deserve special consideration. To prepare travellers for their next excursion to Rotterdam, the Culture Trip has compiled a handy list that covers the city’s 8 most unusual museums, sights and activities.

After this public artwork was unveiled on Rotterdam’s Schouwburgplein in 2001, people almost immediately began referring to it as ‘Buttplug Gnome’ due to the suspiciously shaped object grasped within the statue’s right hand. Over the years, Rotterdam’s municipality has moved the statue to several locations around the city – partly because of complaints made by local businesses – and finally relocated Buttplug Gnome to Eendrachtsplein in 2008, where it has stood proudly ever since. 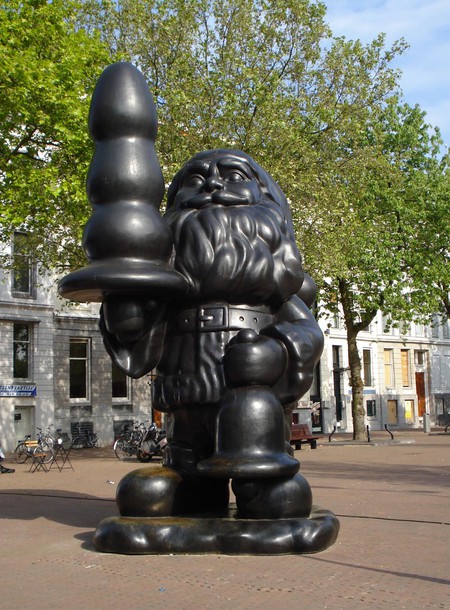 Rotterdam has many shining examples of modern, innovative architecture including a particularly unusual housing complex known as de Kubuswoningen (the Cube Houses). These right-angled houses were designed to resemble trees within a forest and form an continuous mosaic around Rotterdam’s Oudehaven wharf. Although most of these buildings are still occupied by tenants and homeowners, it is possible to experience living inside the cube houses by visiting an onsite museum called Kijk-Kubus. 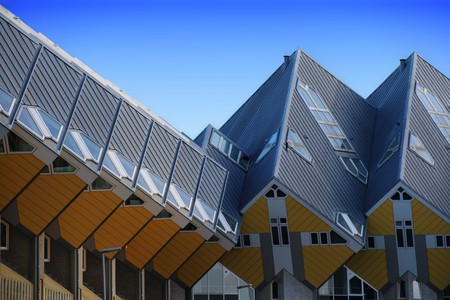 The technology behind modern, electronic pinball machines is almost 100 years old and incorporates elements drawn from even older games that predate the 18th century. Although the Dutch Pinball Museum restricts its collection to the last century, there’s still an enormous amount of new, old and antique machines to admire inside its walls including several prewar masterpieces. 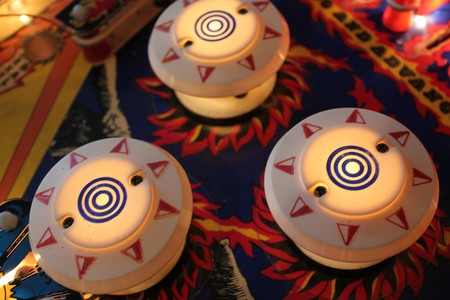 A few years ago, Dutch architectural firm ZUS decided to tackle an urban problem through crowdfunding and successfully amassed enough money to build a three-way, wooden pedestrian bridge to connect Rotterdam’s Centraal Station with several other previously separated areas. Thousands of Rotterdammers donated funds towards this project and ZUS acknowledged their contributions by inscribing their names onto the bridge’s wooden facade. 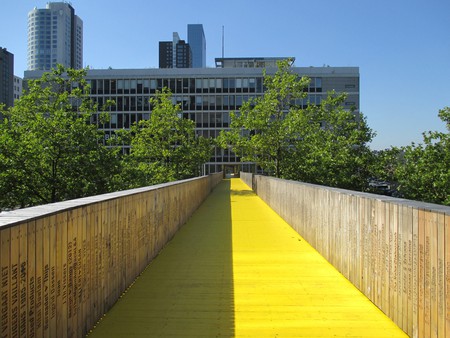 The SS Rotterdam was completed during the final years of transatlantic crossings and was among the finest ocean liner ever built. The ship is steeped in history and ferried many famous figures during its time upon the seas. In 2000, the SS Rotterdam finally retired after over 40 years of services and has since been converted into a luxurious hotel that is permanently moored in Rotterdam’s harbour. 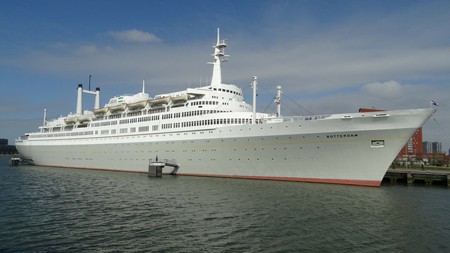 Passengers on this harbour-going vessel are treated to an unlimited supply of Dutch pancakes whilst they enjoy a cruise through Rotterdam’s waterside vistas. During this 75 minute tour, the Pancake Boat passes by several iconic locations around Rotterdam such as the Euromast, SS Rotterdam and Erasmus Bridge. Private cruises are also available upon request.

Le Corbuiser once described the Van Nelle Factory as ‘the most beautiful spectacle of the modern age’ and many other famous architects have exalted its elegant, yet striking design. Due to its cultural and historical significance, the factory was placed under UNESCO’s protection in 2014 and is now recognised as a World Heritage Site. Although the factory stopped manufacturing products in 1996, the complex was converted into offices soon after. The factory opens its doors to the public twice a year and it is possible to view its monumental facade from Schuttevaerweg. 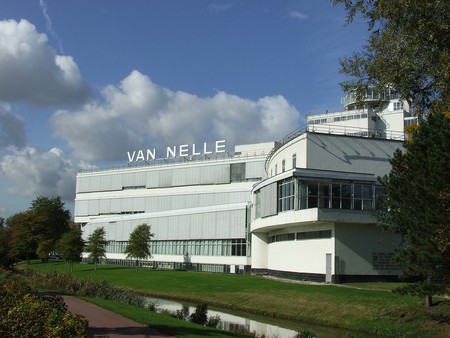 This sprawling indoor miniature village is largely inspired by Rotterdam and features many intricate replicas of the city’s famous port area, civic centre and suburbs. Miniworld Rotterdam is currently expanding its scope and plans to unveil a miniature version of Britain in the near future. Although this project is still under construction, MiniWorld allows guest to enter the exhibition to witness its development. 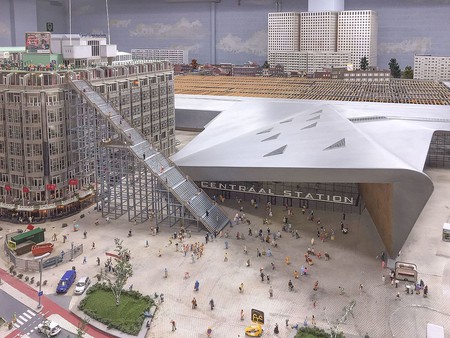 The fleet of yellow tour buses that roam through Rotterdam are actually fully waterborne and are able to slip into the city’s harbour without hesitation. These amphibious tour vehicles navigate through many of Rotterdam’s terrestrial and aquatic landmarks, and it’s even possible to hire out an entire bus for private events. 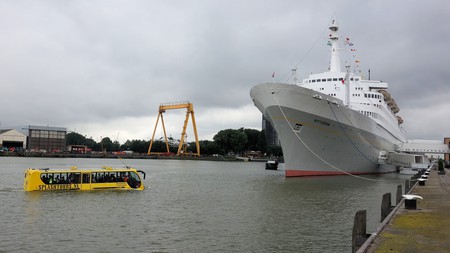 A Splashtour bus approaching the SS Rotterdam | © pixabay
Give us feedback