9 Things To See At Amsterdam's Museum Of Bags And Purses 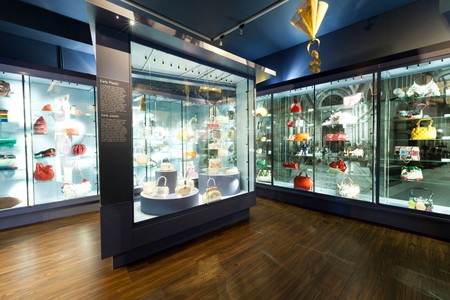 © Museum of Bags and Purses, Amsterdam

Amsterdam’s Museum of Bags and Purses is the largest institution in the world of its kind. The museum’s collection includes over 5000 individual objects and houses many bags and purses dating back to the Middle Ages. Each of these objects has an unique stories to tell, exposing their time’s fashion, culture, and costumes. To help plan your trip to this fascinating museum we have put together a list of its must-see bags and purses.

Madonna was seen carrying this bag to the premiere of her 1997 film Evita and Versace made her a matching dress and shoes for the occasion. The handbag is decorated in leafy, green, pattern, and has a kissing lock. 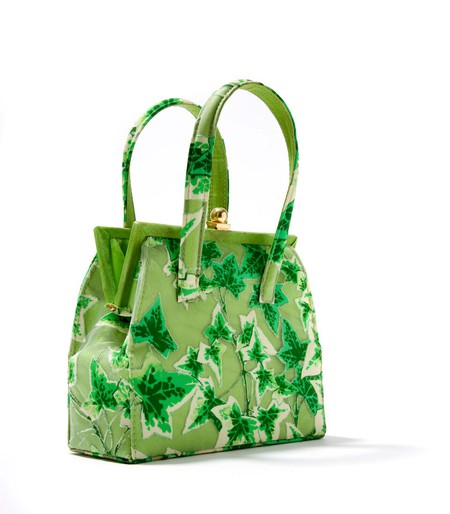 Beaded Coin Purse Showing the Arrival of the First Giraffe in France, 1827

In 1826 a giraffe named Zarafa was shipped over the Mediterranean to Marseille. The animal was a gift to the French King Charles X from the Egyptian government and spent six weeks travelling through France to Paris. Zarafa attracted huge crowds along this journey, including the person responsible for this coin purse. 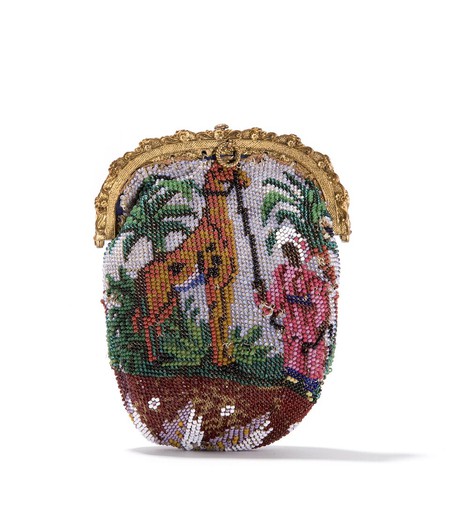 This rectangular aluminium handbag is a product of industrial design techniques and represents the beginning of the modern age. Its exterior is decorated in a style that is reminiscent of art deco or de Stijl, making it a timeless object that is still beautiful today. 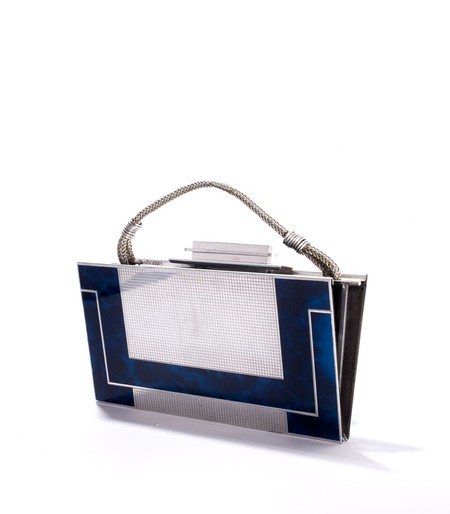 While most of the bags in the museum were designed for women, this example was actually a status symbol worn by a noble gentleman. Clothing during this time had no inside pockets, making it necessary for people to carry their belongings in bags. This pouch would have attached to someone’s belt and contains 18 pockets. 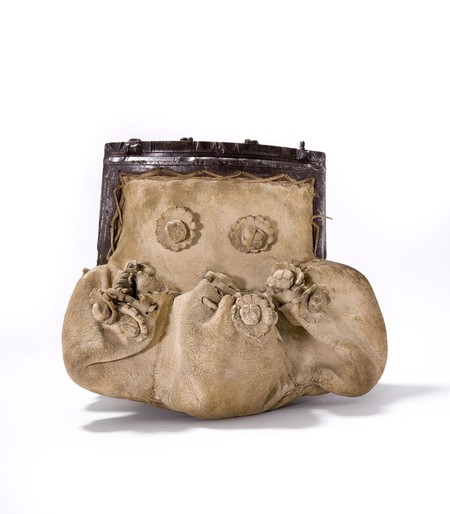 This bag was created by acclaimed designer Judith Leiber and is studded with Swarovski crystals. Its unusual design became popular after a replica of the bag appeared in Sex and the City. The museum has several other bags designed by Leiber, but this example is likely her most famous. 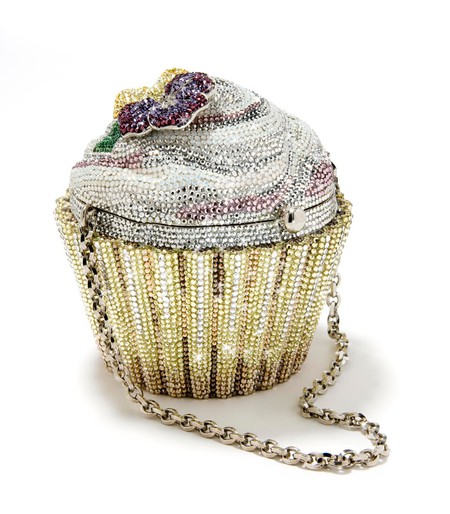 In the 1970s many designers created bags in the shapes of everyday objects. This purse resembles a rolled up French magazine, an illusion that is completed by its clutch design. Recently bags like this have been re-appearing on the catwalk. 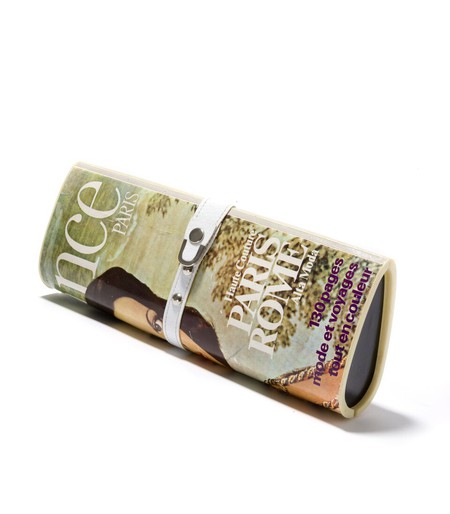 This bag was likely a gift given to a member of the higher nobility. As it is made out of silver the bag would have been extremely expensive and its intricately designed motif, featuring the Goddess Victoria, represents the highest standard of craftsmanship during this period.

During the late 18th century it was typical for wealthier Dutch women to carry these types of clasp bags. This example is decorated with beads, and was likely owned by a member of the merchant class in Amsterdam. Because of their price, these bags were handed down from mother to daughter, and altered according to the fashion of the time.

Until recently backpacks were almost exclusively utility items and were underrepresented in the fashion world. Alongside other designers, DKNY began to challenge this perspective in the early 2010s, creating a range of bags suited for the catwalk. This example is made from dyed green leather and is both stylish and practical.