The tantalizing tales of Dutch artist Guido van der Werve (b. 1977, The Netherlands) exist somewhere between feature films and video art. He creates mesmerizing works that are either grounded in history or explore universal, philosophical themes. Informed by a romantic sensibility, Van der Werve possesses a worldly outlook that is both quizzical and ironic. Here are some surprising facts about the artist who makes logistically complex videos that hover between surrealism and reality. 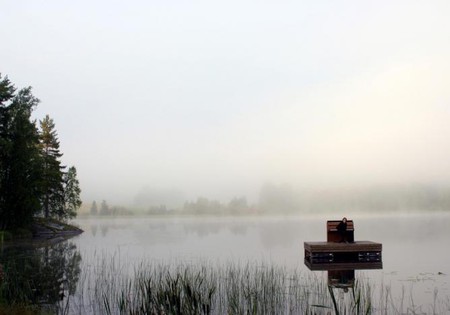 Guido van der Werve seemingly stumbled upon a visual arts career. He was originally trained in classical music and composition and possesses a penchant for noted composers Frédéric Chopin, Wolfgang Amadeus Mozart, and Sergei Rachaminov. Working predominantly in film and video, his works almost always involve famous or self-composed romantic musical scores played either by Van der Werve himself or an orchestra.

In addition to his classical training, Van der Werve studied industrial design, classical archeology, and Russian language, culture and literature at numerous universities in the Netherlands. This varied educational past drives his subject matter that is both dated and timeless. Van der Werve transforms romantic historical references into modern-day epics and pressing philosophical questions into sublime experiences. 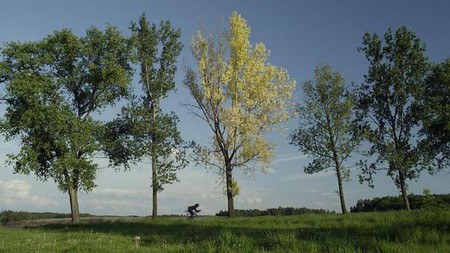 Interest in history and time

Despite the unique narratives that drive each piece, Van der Werve’s works contain underlying, overarching themes. He grounds his practice in conceptual philosophy by exploring the ambiguity and malleability of history and time. In his 54-minute film Nummer veertien, home (2012), Van der Werve retraces the steps that Chopin’s sister, Ludwika, traveled from Paris to Warsaw when she was returning his heart to their home country. Moving backwards from Warsaw to Poland, accompanied with a requiem, Van der Werve questions notions of linear time and definitive history. 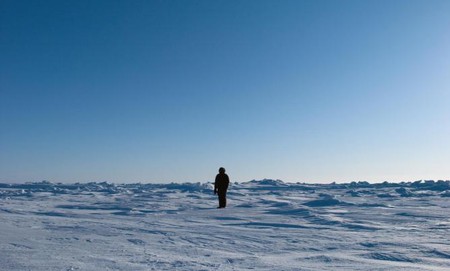 Even though his works deal with weighty subject matter, they are tempered with underlying irony. Visualizing the solitary nature of existence and absurdity of life, his romantic epics almost always include traces of humor. In his nine-minute film, Nummer negen, 24-hour performance at 90-deg latitude, 00 def longitude (2008), Van der Werve defies the passing of time by standing on the North Pole for 24 hours and turning against the Earth’s rotation. Dwarfed within this melancholic, sparse landscape, Van der Werve reminds viewers to appreciate life, but to never take themselves too seriously. 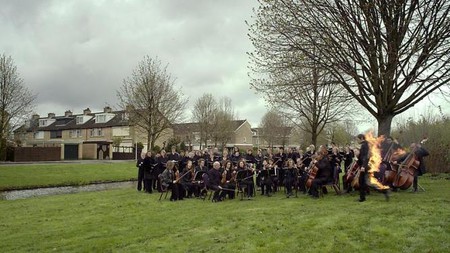 Van der Werve’s videos and films are logistically complex endurance pieces; however, he always appears stoic, relaxed, and natural. Contemplate the difficulty of standing in the artic for 24 hours or running, biking, and swimming 1,200 miles. Van der Werve has even lit himself on fire, walked on an ice field in front of an icebreaking ship, and played piano on a raft atop a lake. Provoking emotion through ambiguity, these lonely endurance tests, punctuated by romantic music, exist somewhere between art and poetry. 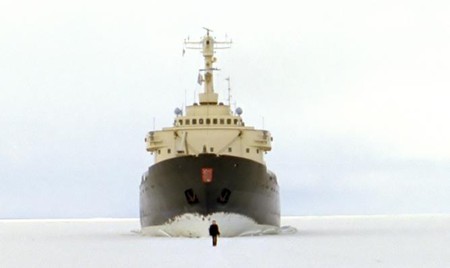 Guido van der Werve, Nummer acht, everything is going to be alright, 2007, 16mm to HD, from an edition of 7 and 2 artist’s proofs, duration: 10 minutes 10 seconds | © Guido van der Werve; Courtesy of the artist and Luhring Augustine, New York.

Enveloped into the art world almost unexpectedly, Van der Werve did not originally identify as an artist, famously saying, “I’m not trying to be an artist or to make art.” He began documenting his performances around 2000 and, even though he gradually became known as an artist, is identified more as a visual philosopher who is interested in daydreams, nostalgia, and melancholy. Van der Werve’s works explore modern romanticism, or the lack thereof, through nonlinear narratives that allude to collective memories, histories, and mythologies. 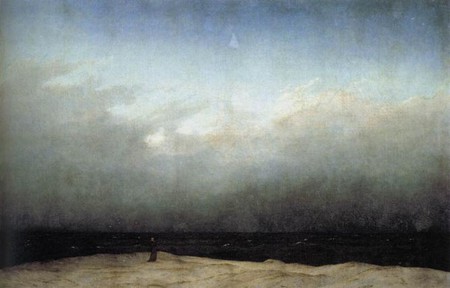 Grandiose videos that illustrate the beauty of the natural world and the ephemerality of life have earned Van der Werve comparisons with German Romantic painter Casper David Friedrich. Known for his ability to illustrate the power and force of nature, Friedrich embodied the romantic sublime, a notion that aimed to illuminate the intense emotions nature can evoke. Van der Werve, whose empty landscapes celebrate untamed nature, employs modern technology to provoke visceral emotions from viewers. 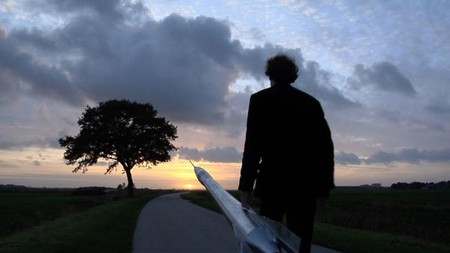 Touched upon throughout each of these interesting facts, Romanticism is a cornerstone to Guido van der Werve’s work. This intellectual movement originated in Europe at the end of the 18th century as a response to the Industrial Revolution. At a moment when science and mathematics had precedence, Romanticism predicated that intense emotion and aesthetic experience were not only valid but also important attributes to life. Van der Werve’s work is layered with romantic ideologies. His allusions to epic tales, celebration of the sublime, and manipulation of music create stunning works that transport viewers to a transcendent reality.