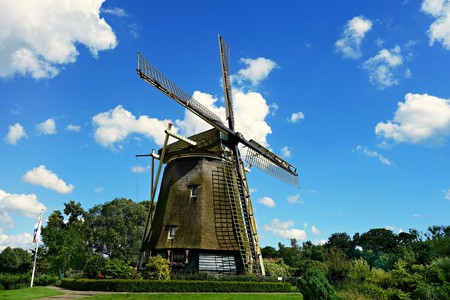 Dutch windmills enjoy an iconic status abroad and are commonly listed alongside clogs, gouda cheese and bicycles, as the most recognisable symbols of the Netherlands. Read on to discover more about these fascinating, historic machines.

Although windmills are commonly associated with crushing grain or other food stuff, in the Netherlands their rotator power was also employed to drain waterlogged land throughout the country. By diverting water away from swamps and marshes, these windmills reclaimed pockets of low-lying land that could be farmed or built upon, thus reshaping large parts of the Netherlands.

As De Gooyer reaches 26.6 meters at its peak, it is recognised as the tallest windmill in Amsterdam. However, for most Amsterdammers the windmill is mainly associated with another important attribute, namely its proximity to an exceptionally popular craft brewery called Brouwerij het IJ. 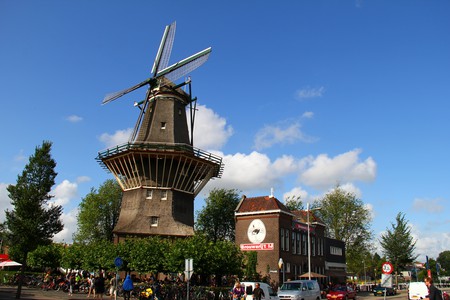 There Are Only 8 Windmills in Amsterdam

Among the dozens of windmills that once stood in Amsterdam, only 8 have survived until the present day. Many of these machines were originally surrounded by other windmills, that have since been dismantled or destroyed. For example, De Gooyer formerly stood alongside 25 other grain mills on Amsterdam’s historic city walls, but was moved to its current location after its neighbours were demolished.

Historical records suggest that Grafelijke Torenmolen van Zeddam in Gelderland province is the oldest surviving windmill in the Netherlands. Like most windmills from this era, Grafelijke Torenmolen van Zeddam was originally owned by a local feudal lord, who exacted money from his subjects by forcing them to grind their grain inside his property whilst demanding a milling fee. 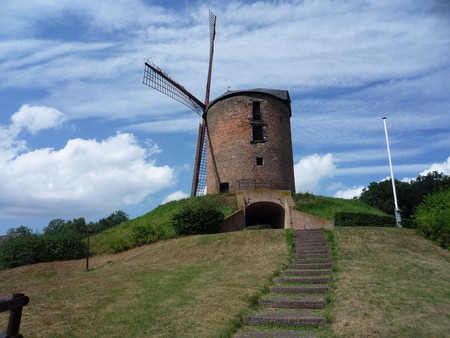 Before mass communication technology, Windmills in the Netherlands were among the main sources of information for thousands of people. In order to relay basic messages such as grief or joy, millers would move their mills’ sails to certain positions, that were almost universally understood inside the Netherlands. Even today, Dutch windmills stand in grieving position during times of national mourning.

The Windmill Network at Kinderdijk is an UNESCO World Heritage Site

Due to their historical and cultural significance, the 19 monumental windmills near Kinderdijk in South Holland are protected by UNESCO. These massive machines were mainly built during the early 18th century and were designed to form an ascending series of pumps that could successively transfer water towards higher ground. 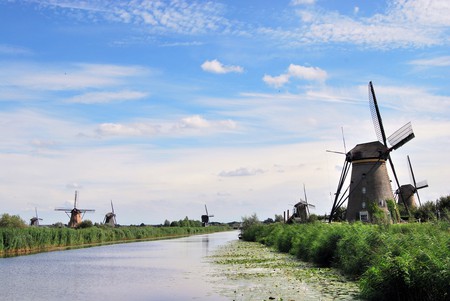 The Mill Network at Kinderdijk | © pixabay

There Are Currently Around 1000 Historic Windmills in the Netherlands

Over the past millennium, countless windmills have been constructed inside the Netherlands. Around 1000 windmills have survived until the present day and many are now protected as national monuments. Although these machines are now largely obsolete, several historic Dutch windmills have remained operational, including the mill network at Kinderdijk, which continues to pump water from the area’s marshlands, or de Valk in Leiden which still grinds grain.

Scheidam in South Holland has been synonymous with the Dutch jenever industry since the industrial revolution and during the 18th and 19th century over 50 gigantic windmills were constructed inside the city’s walls in order to quickly produce malt for nearby distilleries. Today, 8 of their number are still standing and are collectively recognised as the tallest windmills in the world. 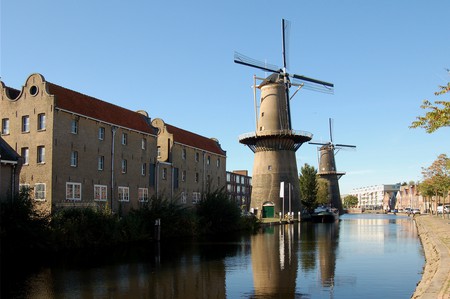