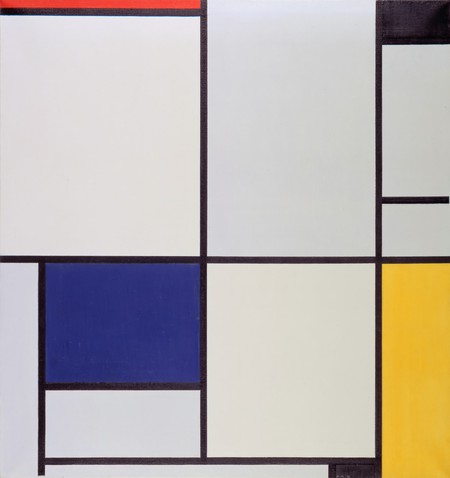 Tableau I, by Piet Mondriaan | © wikiart

2017 marks the 100th anniversary of de Stijl and to honour the movement’s vision, legacy, and influence many cultural institutions in the Netherlands will host events dedicated to Dutch neoplasticism throughout the year. To prep culturally curious travellers, we’ve put together the following list of interesting facts associated with De Stijl.

The movement took its name from an art magazine

In 1917, Dutch painter and publisher Theo van Doesburg issued the first edition of de Stijl Magazine. This journal contained work from several international artists that van Doesburg had befriended after World War I, who collectively worked within modern abstract art. Soon after, these like-minded figures united under the title de Stijl (or neoplasticism) and continued to promote their work through van Doesburg’s publication.

By employing asymmetrical structures, geometric lines and simple colours, De Stijl’s original proponents believed that they could abstract beyond the limits of conventional art. Although most of these artists agreed that their work should follow a set formula, they often argued over details and never produced a unified aesthetic theory.

However, they were clearly indebted to western philosophy and repurposed ideas from several important thinkers. For example, their work constantly alludes to conflict, resolution and synthesis, a theme borrowed from G. W. F. Hegel’s dialectic method, whilst many philosophers, including Plato, have argued that two-dimensional shapes are the most elementary, and therefore essential aspects of reality. 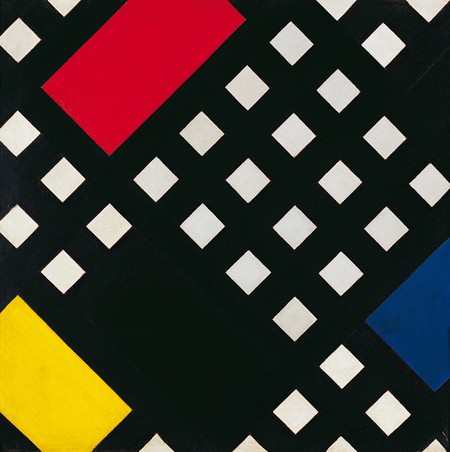 After publishing the first issue of De Stijl Magazine in 1917, Theo van Doesburg remained the movement’s chief ideologue and facilitator until his death in 1931. Around 1925, van Doesburg decided to begin including diagonal lines in his work and argued that other artists should follow suit, despite de Stijl’s former allegiance to right angles. Piet Mondrian vehemently contested this new direction and subsequently broke from de Stijl.

Despite its iconic status, Gerrit Rietveld’s Red Blue Chair wasn’t originally designed according to De Stijl’s principles. In fact, his first model was made from unstained beech wood and remained unpainted until the early 1920s, when Bart van der Leck suggested its current colour scheme to Rietveld. 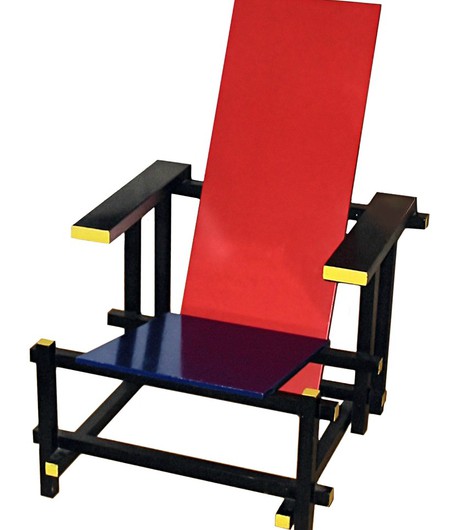 Although Piet Mondrian and Gerrit Rietveld were among the most famous members of de Stijl, they never actually met but corresponded by letter. In fact, despite Theo van Doesburg’s ongoing efforts to promote de Stijl, the movement never really unified and its members rarely communicated in person.

Before relocating to Paris in 1911, Piet Mondrian worked in the Netherlands as a Post-Impressionist painter. During this early phase in his career, Mondrian painted many exceptional pieces that hint at his eventual shift towards abstraction. Several of these paintings utilise primary colours to emphasise natural patterns and demonstrate that Mondrian was clearly influenced by cubism. 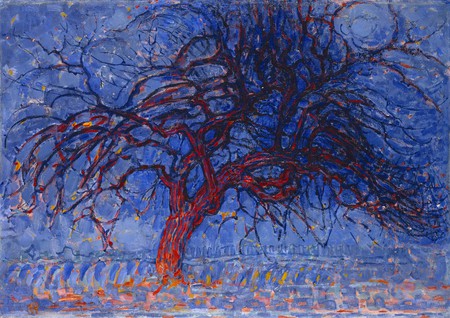 During the early part of the twentieth century, many architects in the Netherlands began to experiment with structural design. Members of de Stijl were at the forefront of this movement and designed several impressive buildings that adapted geometrical shapes into three-dimensional compositions. Although only a handful of these buildings were actually constructed in the Netherlands, de Stijl’s ideas eventually travelled beyond Dutch borders and influenced countless architects.

In the 1920s, Gerrit Rietveld was commissioned to design a house for a wealthy Dutch socialite called Truus Schröder-Schräder. This project led to the construction of the Rietveld Schröder House in Utrecht, which is currently owned and managed by the city’s Centraal Museum. The interior of this building is divided by adjustable panels which were used to separate or merge living spaces. Today, this wonderful building is open to the public. 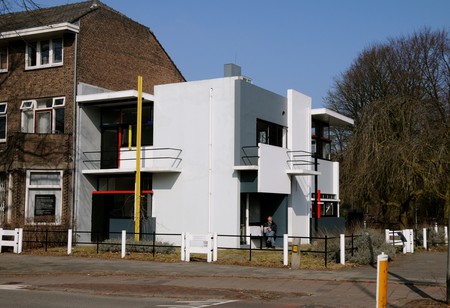