8 Dutch Snacks You Need to Try 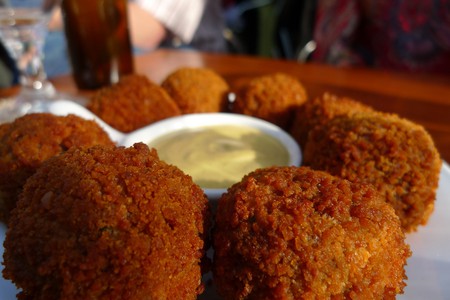 Nothing beats chowing down on some local delicacies whilst abroad, and in the Netherlands hungry travellers can try out a wide range of delicious, greasy and creamy snacks, including famous Dutch staples such as pickled herring or super crispy french fries. Here’s the low-down on our favourite Dutch snacks.

This skinless, brown sausage is commonly topped with curry ketchup and raw onions in the Netherlands, and eaten alongside a generous portion of french fries. Deep-fried frikandel are available at snack bars throughout the Netherlands and from the country’s notorious vending machine cafés. 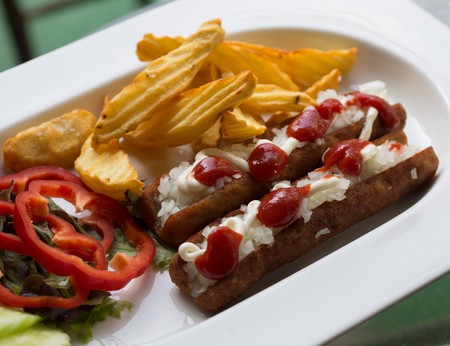 These delicious, greasy, meatballs are usually scoffed down in the Netherlands during heavy drinking sessions, and are renowned for their uncanny ability to dampen the intoxicating effects of beer or jenever. Most pubs serve bitterballen with a side of sweet mustard, and some will even decorate their creations with miniature Dutch flags. 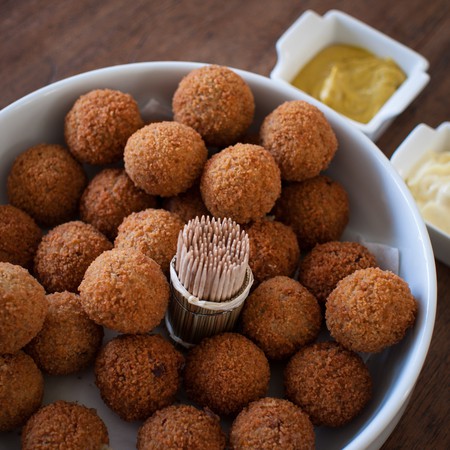 Although many foreigners associate fries in the Netherlands with mayonnaise, there is much more to this combination than often thought. Almost every chippy in the Netherlands actually stocks a massive variety of sauces, besides this yellow Dutch staple, and common toppings include fiery peanut saté concoctions, curry ketchup and a chilli-laced dressing called samurai mayonnaise. 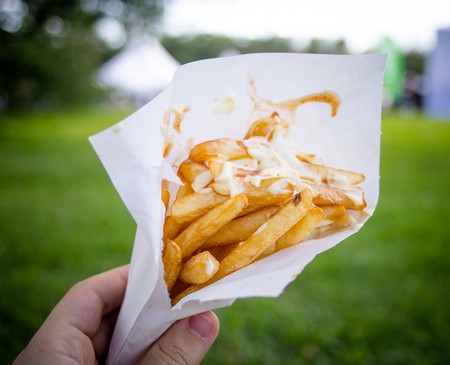 In the summertime it is not uncommon to witness Dutch people holding a tiny, silvery fish above their mouthes, and consuming their prey in a single ravenous bite. These minuscule creatures are actually a breed of herring that has been cured in a sweet broth and left to marinate in large barrels. While this dish’s appearance might be slightly off-putting, Dutch soused herring is actually a delicacy, and pairs wonderfully with sour pickles or onions. 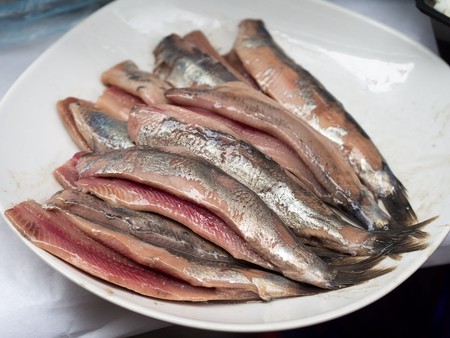 In order to stave off winter chills, Dutch people often turn to snert, a hearty, split-pea soup that is topped with various kinds of meat. According to tradition, snert is only ready once a teaspoon can stand upright in it, and the soup is renowned for its almost solid consistency. 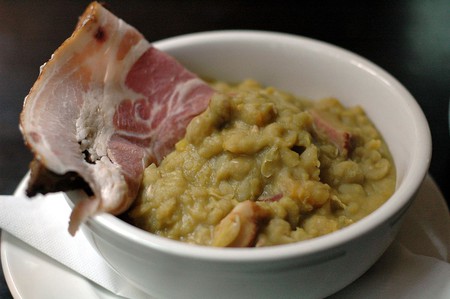 Dessert in the Netherlands revolves around dairy produce, with an emphasis on cream, butter and custard. Tompouce contains all three of these ingredients, alongside puff pustry, sugar icing and, occasionally, sprinkles. During king’s day, Dutch supermarkets tend to top their tompouces with orange icing, in order to pay tribute to the Dutch royal family. 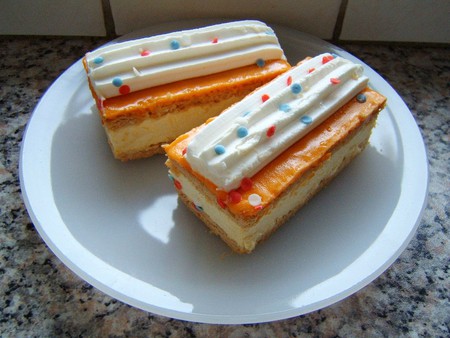 Liquorice candy in the Netherlands is usually called drop, and has a distinctively salty edge that may at first seem quite strange to most non-natives. This unusual combination of sweet, bitter and salty can be slightly overwhelming when eaten unexpectedly. 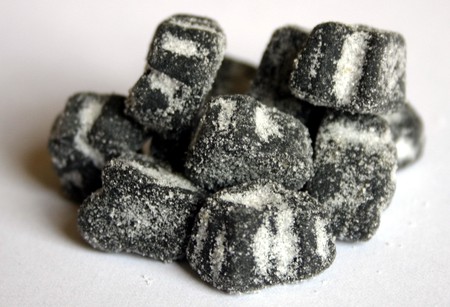 Kibbeling is an exceptionally simple snack that originally consisted of battered cod chunks, but has recently started to include other types of fish. These crispy nuggets are usually served with mayonnaise or garlic sauce, and are commonly sold at street kiosks throughout the Netherlands. 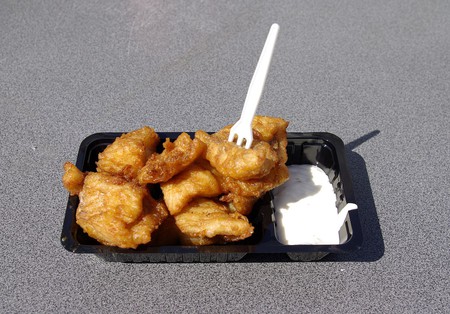 Kibbeling with garlic sauce | ©Janericloebe/WikiCommons
Give us feedback