8 Dutch Films You Should Watch 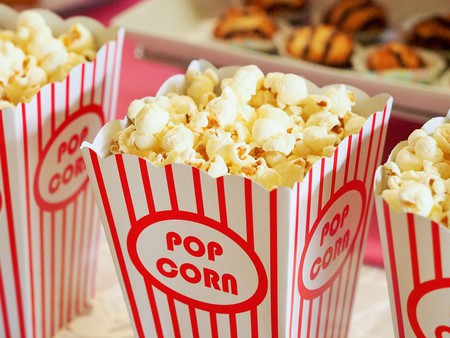 Despite being somewhat overshadowed by German and French cinema, the Dutch film industry has always produced a remarkable amount of excellent films, including many Academy Award winning features. Here’s a taster of Dutch cinema’s major highlights.

Paul Verhoeven’s directional breakthrough has successfully remained in the Dutch national conscious for over two decades, partly due to its uncompromising approach towards several highly controversial subjects. The film follows a group of teenage dirt-bike racers as they attempt to escape from their humdrum lives on the edge of Rotterdam, whilst confronted with defeat, shame and suffering.

Like all good slasher horrors, Amsterdammed faithfully follows the genre’s conventions while contributing original scares to its playbook. As its name suggests, the film takes place within Amsterdam and centres around the city’s iconic canal belt. By adding a lurking, aquatic terror to these charming waterways, director Dick Mass transforms Amsterdam’s beautiful, waterside vistas into a waking nightmare.

In 1996, Dutch director Marleen Gorris was awarded an Oscar for her fifth feature film Antonia’s Line. This intriguing period piece recounts a young widow’s journey home after World War II and her subsequent life among the townsfolk of an anonymous Dutch village, where she gradually establishes a thriving matriarchal community.

Out of Love by Paloma Aguilera Valdebenito

With two awarding winning and critically acclaimed films under her belt, Paloma Aguilera Valdebenito is already among the most important filmmakers working in the Netherland. Her second feature, Out of Love, recounts a young couple’s volatile, yet passionate relationship, whilst delving into the nature of attraction, devotion and love.

At the beginning of Nanouk Leopold’s sombre masterpiece, Wolfsbergen, an elderly patriarch announces that intents to die. His descendants react with varying degrees of sympathy or animosity, causing their already strained relationships to quickly unravel.

After a notorious bank enforcement officer is stabbed to death, a young lawyer named Katadreuffe is interrogated by the police and gradually reveals that the victim had repeatedly abused him since childhood. In order to prove his innocence Katadreuffe must confront his past and come to terms with the grave injuries inflicted on him throughout his formative years.

Known as Stages in English, Tussenstand follows a newly divorced couple as they attempt to reconcile with their failed marriage while dealing with their 17 year old son’s growing detachment from the world. This intimate portrait of shaky familial relations examines the enduring effects of divorce and the limits of love.