20 Must-Visit Attractions in Leeuwarden, the Netherlands 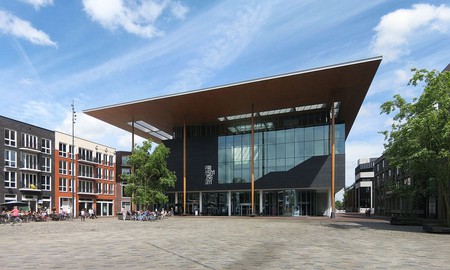 Friesland’s provincial capital, Leeuwarden, has more than its fair share of cultural and historical attractions, including some of the best museums in the Netherlands, several important ecclesiastical buildings, and a charming zoo.

Aquazoo Friesland ranks among the biggest zoo in the Netherlands and looks after a large menagerie of adorable critters from around the world. Although the zoo mainly accommodates aquatic creatures like beavers, sea-lions and polar bears, it also cares for land animals including tapirs, snowy owls, and wallabies. 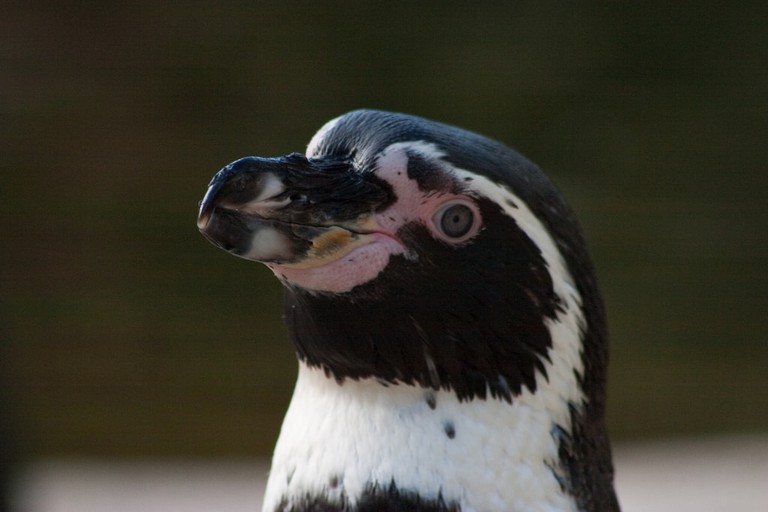 This iconic leaning church steeple has stood in the centre of Leeuwarden since the 16th century and is said to lurch further to its side than the Leaning Tower of Pisa. Although Oldehove was once attached to a nearby church, it has since become a free standing tower. 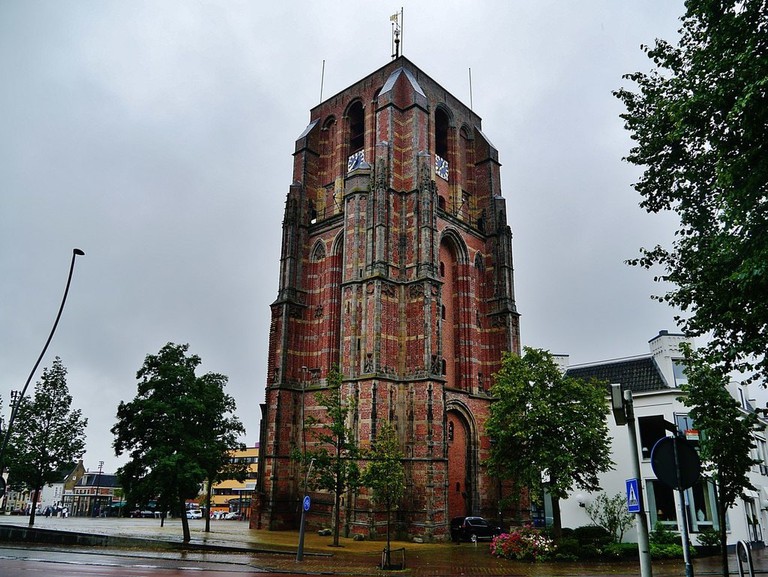 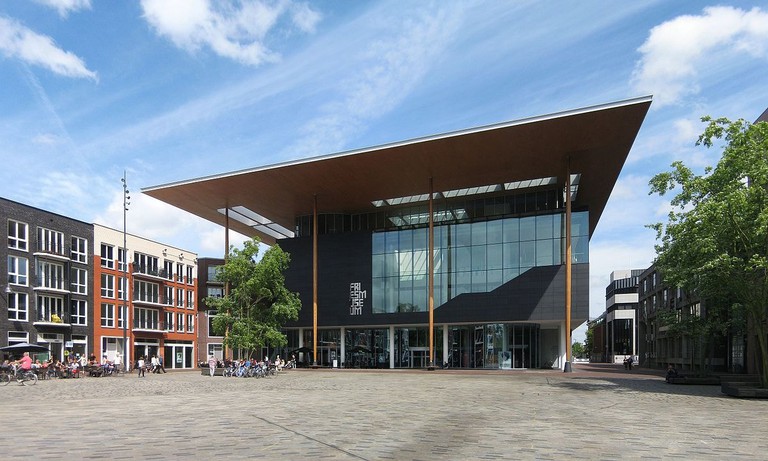 Fries Museum, Leeuwarden | © Wutsje / WikiCommons
Leeuwarden’s principle museum mainly collects items that are related to Friesland province’s past and organises exhibitions that revolve around specific facets of the area’s history or individual Frisians. In 2018, the museum will host exhibitions covering two of the most famous Frisians from the 20th century; Mata Hari and M.C. Escher.
Open In Google Maps
92 Wilhelminaplein, Leeuwarden, Friesland, 8911 BS, The Netherlands
+31582555500
Visit Website
Give us feedback

The Fries Verzetmuseum retraces moments from Frisian World War II history and examines the effects of the German Occupation of the Netherlands on the province’s people, culture and identity. The museum is part of the Friesmuseum and hosts several fascinating, temporary exhibitions per year. 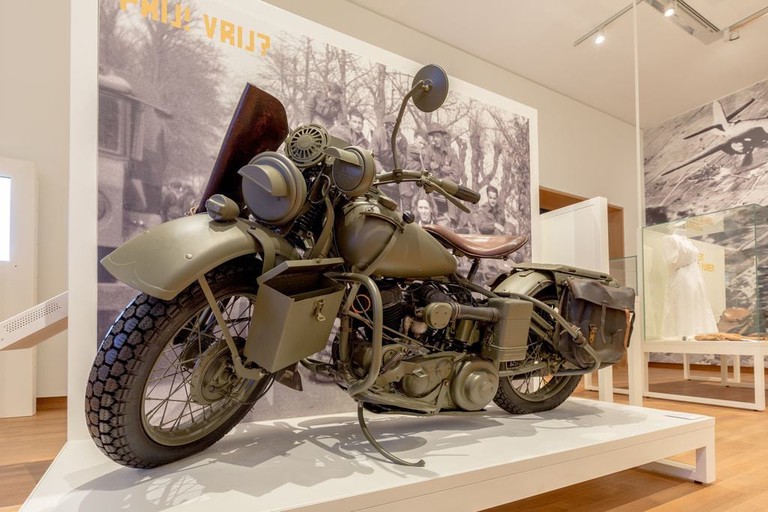 Boomsma has been distilling delicious traditional Dutch liquor for generations. It is possible to take a short tour around the distillery and discover its history at the onsite museum (before stopping by Boomsma tasting room).

Keramiekmuseum Princesshof is housed inside a former royal palace and another nearby building that once served as a fortress. The museum itself curates an impressive collection of ceramic items including many ancient objects from China as well as modern earthenware from the Netherlands and elsewhere in Europe. 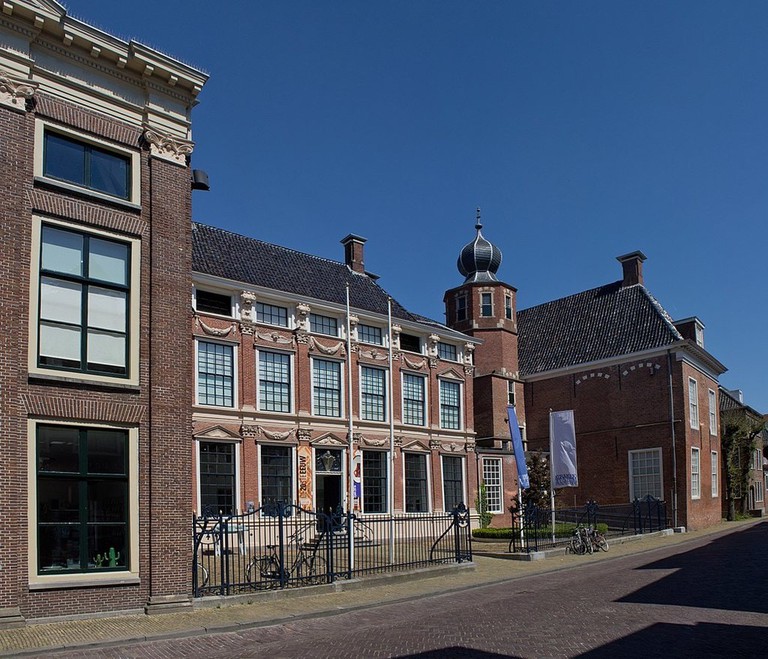 Infamous World War I spy and dancer Hata Mari was born in Leeuwarden and spent her childhood in the city. Her first home and birthplace on Kelders (which is now a hair salon) currently houses a small information spot dedicated to her memory.

This former prison currently houses dozens of cultural projects. Although most of the complex has been converted into offices, studios and other cultural spaces, several parts of the prison have been preserved to serve as a historical museum. 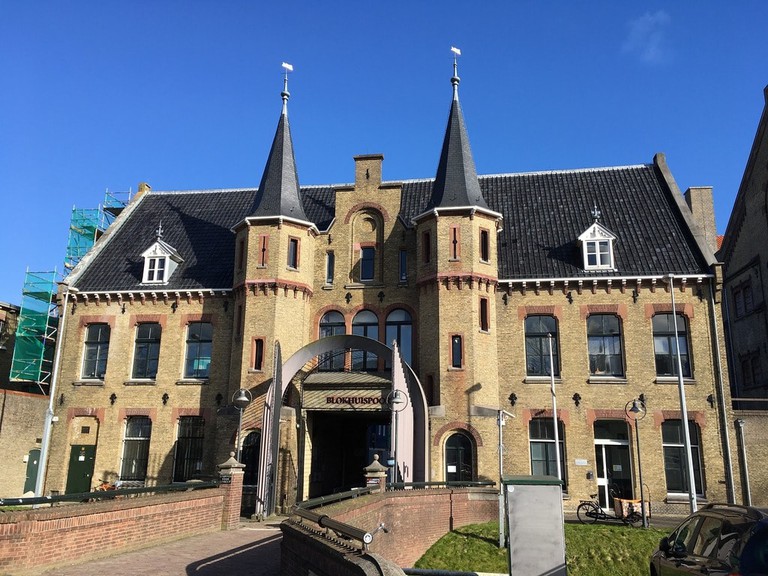 Leeuwarden’s medieval town centre (de Binnenstad) is surrounded by several historic canals that form a defensive ring around its borders. The whole area is steeped in history and features many iconic buildings including Oldehove, the Friesmuseum and Blokhuispoort. 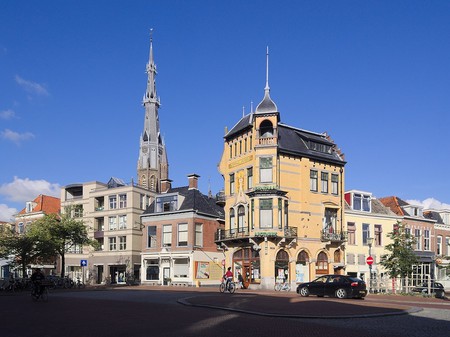 The Natuurmuseum Fryslânfeatures thousands of rare and important scientific specimens including mega-fauna skeletons, ancient fossils and historical scientific instruments. The museum is housed inside a renovated, 16th-century building and contains several interactive exhibitions that are perfect for kids. 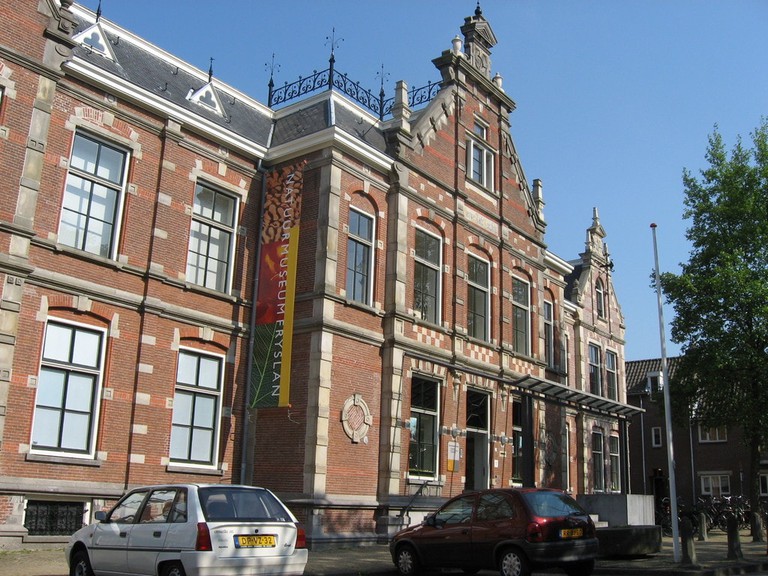 This charming local grocery store has been in business for over a century and was turned into a living museum in 1991. It is still possible to pick up groceries at the store or enjoy a cuppa in its tearoom. 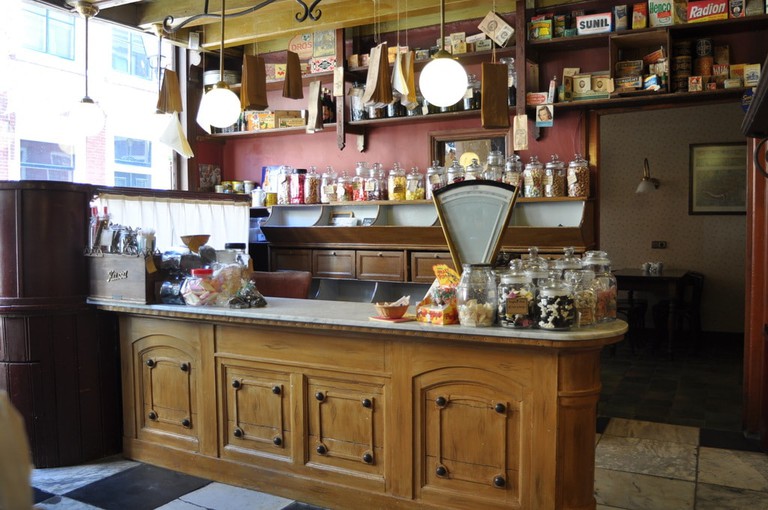 This stunning 19th-century church was designed by famous Dutch architect Pierre Cuiypers, whose work includes many other neo-classical masterpieces like the Rijksmumem or Amsterdam’s Central Station. Services are still given inside the church and it often hosts public events like concerts. 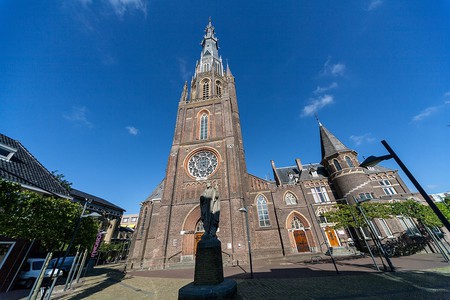 Leeiuwarden’s largest medieval church was constructed between the 13th and 14th centuries and was converted into a Protestant place of worship after the Dutch Reformation in the 1600s. The church has been expanded several times over the years and includes a stunning 18th-century organ. 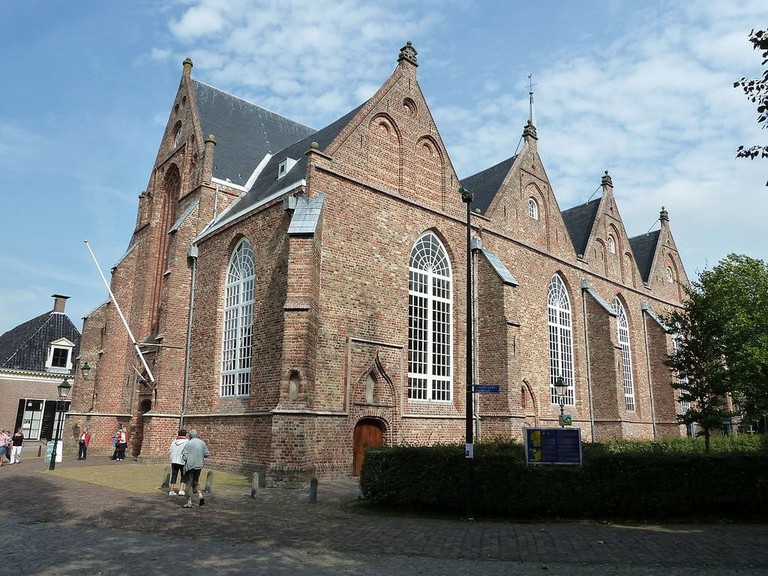 Prince Willem Frederik van Nassau commissioned the construction of this park in 1648. Although the gardens were closed to the public for almost 200 years, in the 18th century, the Dutch Royal Family bequeathed them to Leeuwarden’s citizens, creating one of the city’s most popular public parks. 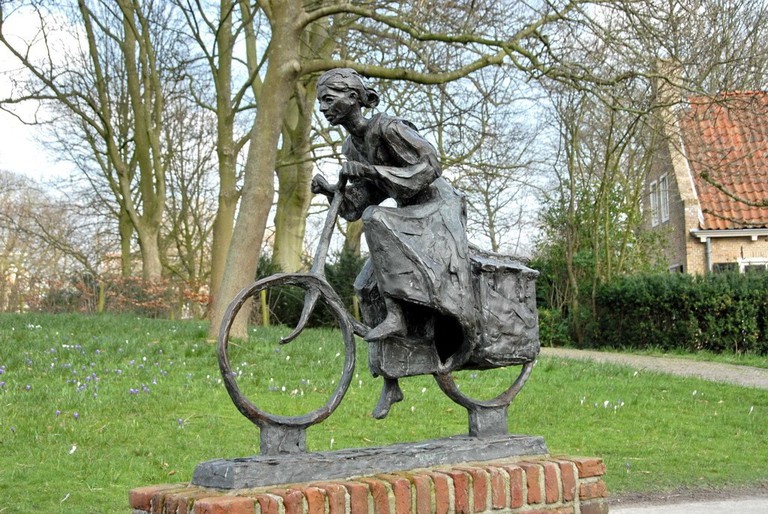 This unusual bridge appears to pull an entire section of road out from the ground and swing the intersection into the air in order to allow water traffic to pass beneath its deck. The bridge was completed in 2000 and bears Leeuwarden’s colors on its underside. 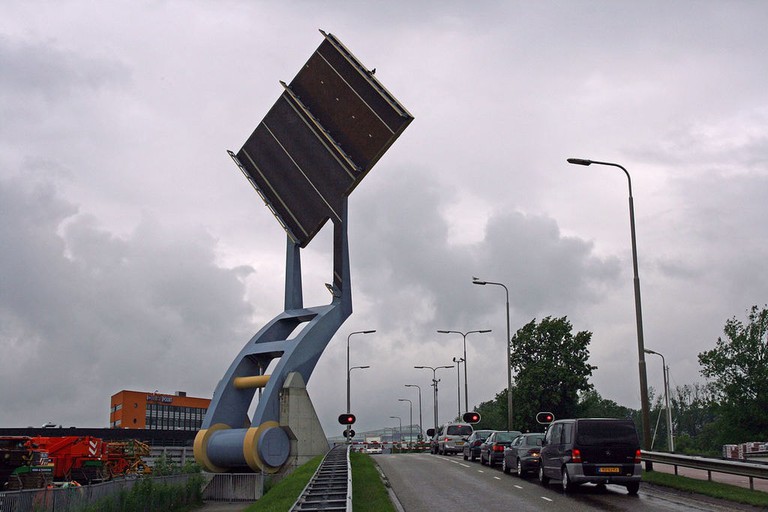 De Harmonie was originally established in the late 19th century as a private arts club for wealthy citizens of Leeuwarden but has since been converted into the city’s municipal theater. The theater hosts performing arts events throughout the week and has a charming café.

This incredible piece of architecture was built in the early 20th century at the height of the Art Nouveau period. The building features many elements that are clearly inspired by Art Nouveau including almost organic brickwork and a central motif that depicts the Greek goddess of medicine Hygena. The pharmacy still welcomes customers and is open from Monday to Friday. 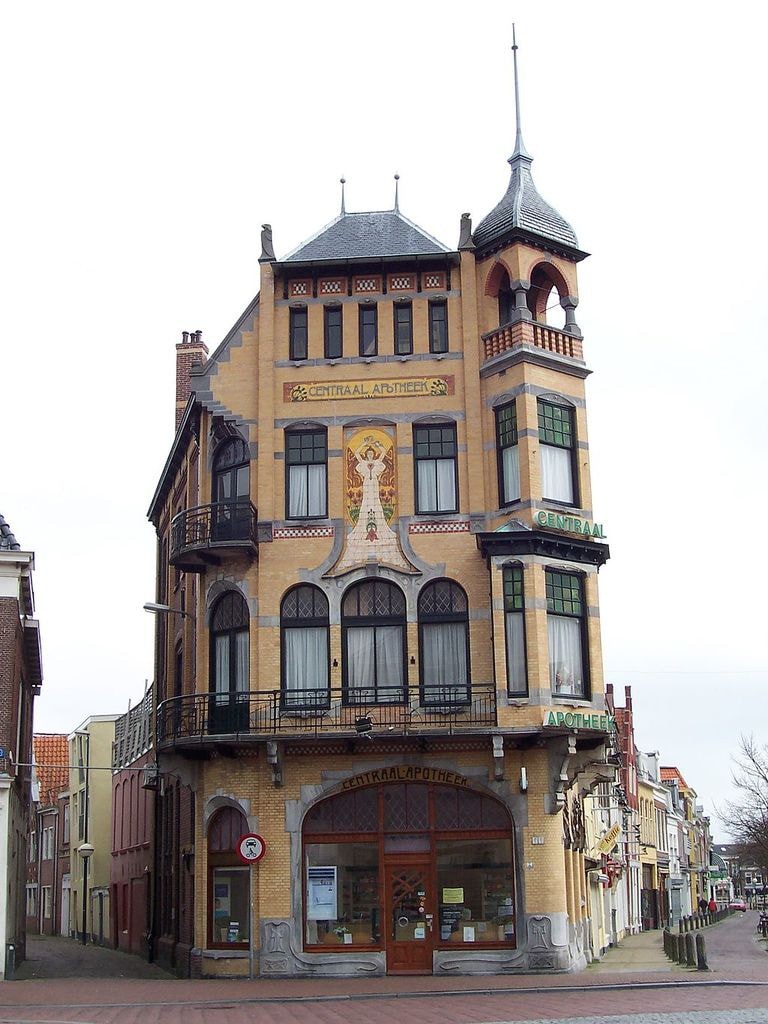 This awesome arthouse cinema is located inside the Friesmuseum and screens classic and contemporary movies every day of the week. There are several screening rooms inside Slieker Film and the cinema often hosts special film nights.

SC Cambuur’s home grounds are located around one kilometer east of Leeuwarden’s historical city centre. The football club was founded in 1964 and played in the first Dutch division until relatively recently. Their stadium seats 10,000 supporters and features an onsite fan store. 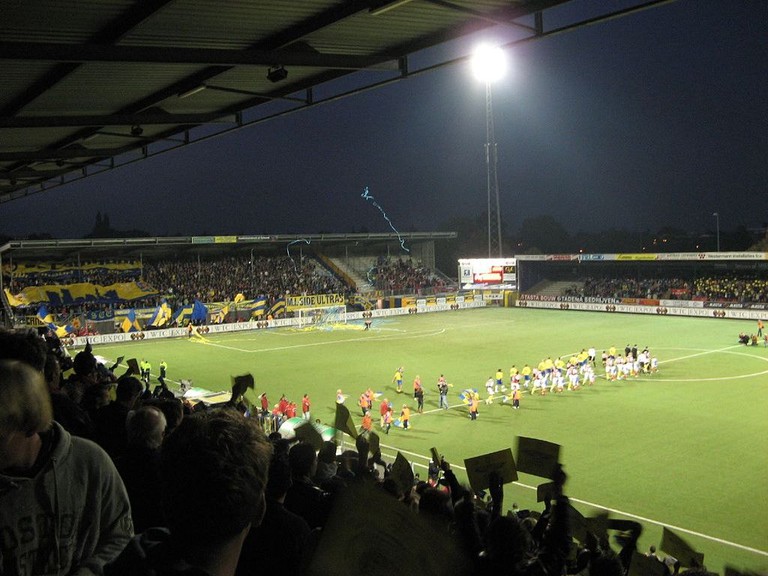 This small modern art museum on the northern side of Leeuwarden’s city centre is dedicated to the work and legacy of famous Frisian sculpture Pier Pander. The institute owns an impressive collection of Pander’s work including a series of five marble statues that are housed inside a custom-built temple in Prinenstuin park. 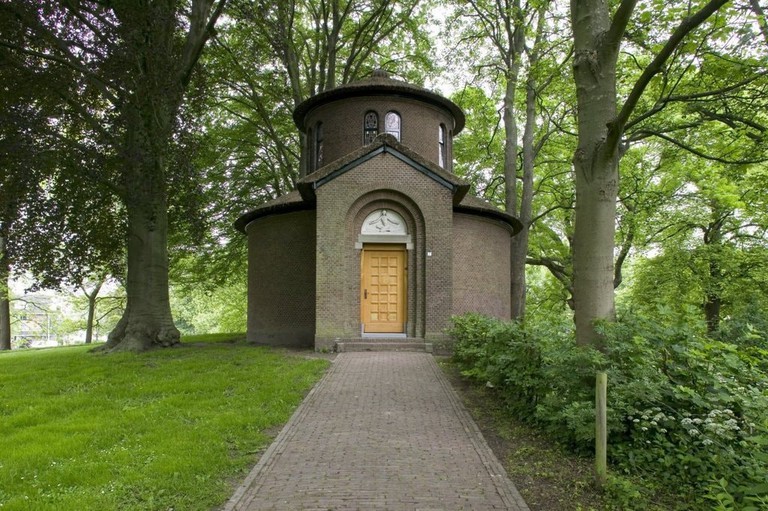