15 Beautiful Dutch Words and Phrases We Need in English

As with all languages, there are certain common Dutch words and phrases that simply don’t translate into English. Many of these linguistic curiosities beautifully capture specific aspects of Dutch culture, whilst others resonate with English speakers despite their cryptic nature.

Although gezelligheid is often equated to cosiness, this catchall concept has considerably more depth than its English counterpart. For the Dutch, gezelligheid represents a broad spectrum of fun, jovial or amicable situations that are united by their sense of personal comfort and togetherness. 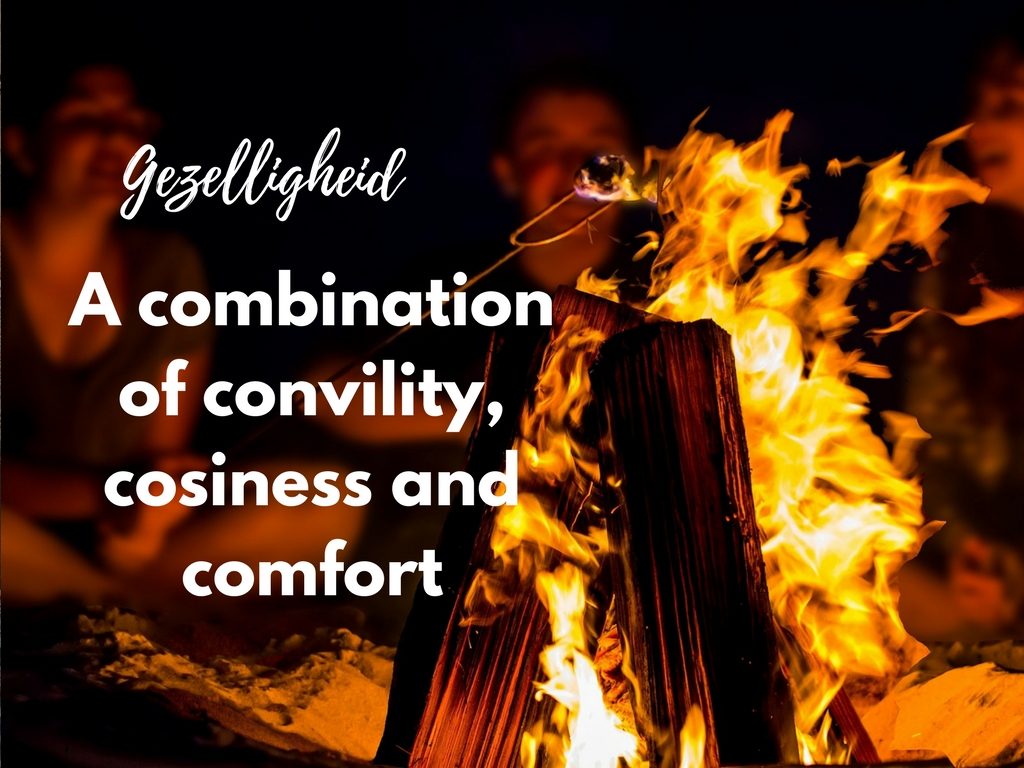 In Dutch, the adjective lekker connotes several positive attributes including nice, appealing and high-quality. Whilst tasty or hearty food is commonly called lekker, the word extends well beyond gastronomy and is often applied to attractive people, well-made clothing, nice weather or even a good night’s sleep. 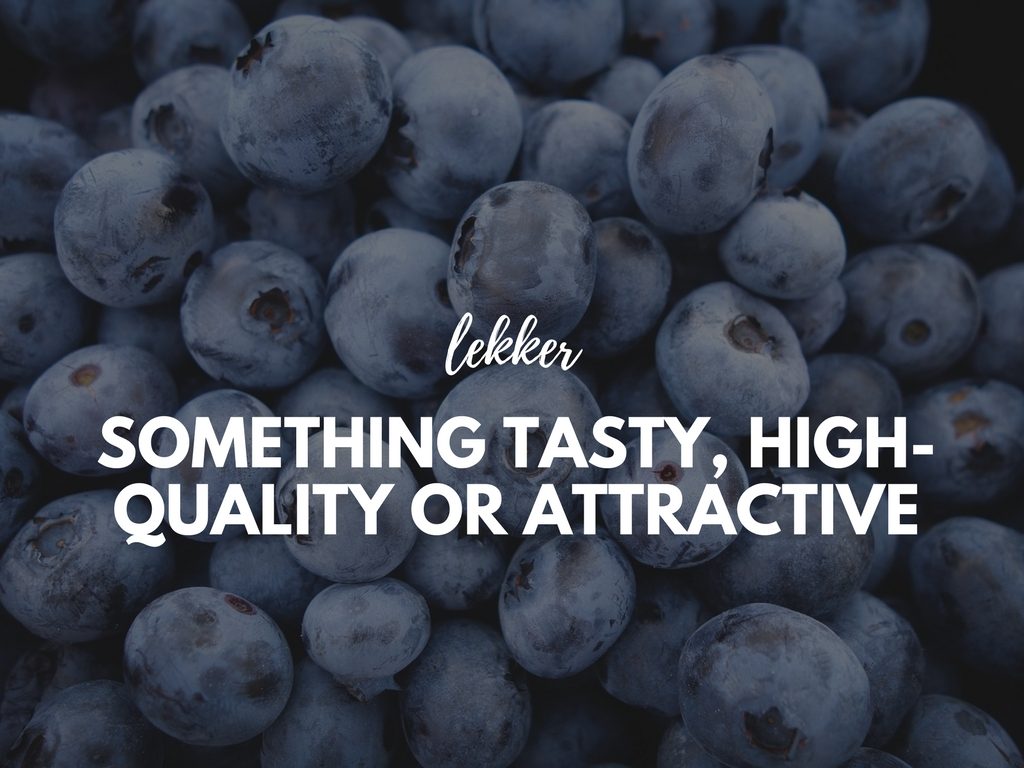 This short exhalation primarily denotes comfort, satisfaction or relief and is employed when someone wishes to relate their alleviation to others, e.g.  after completing a busy day at work. 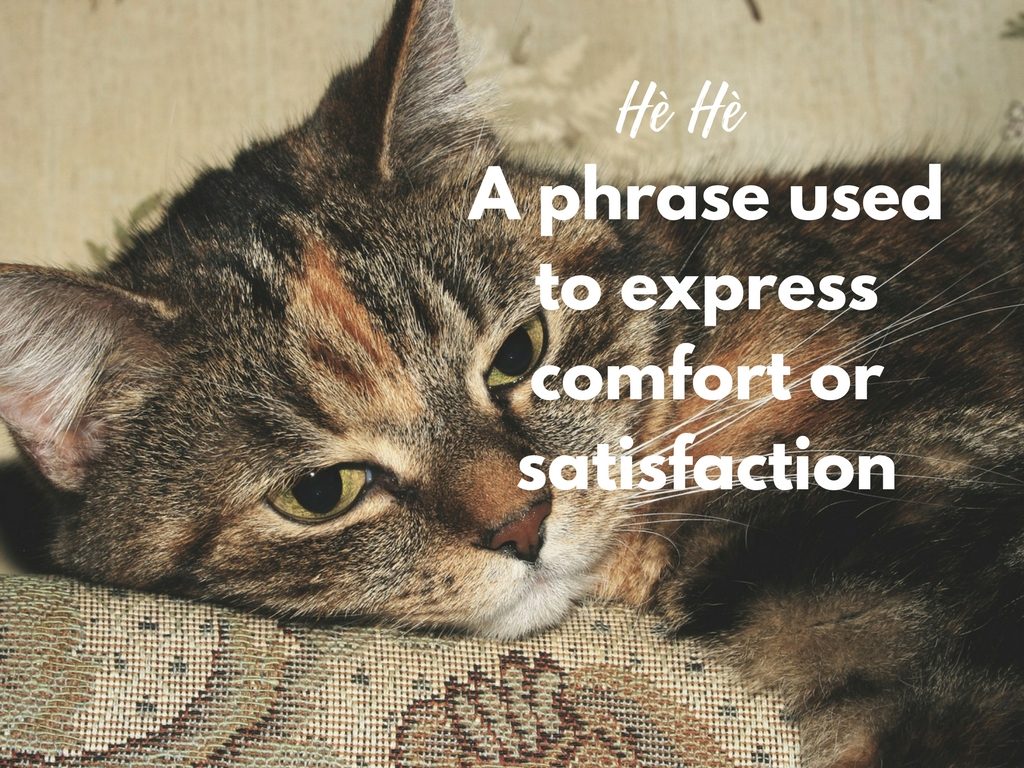 Lekker Bezig literally translates into English as ‘nice busy’ and denotes the feeling of accomplishment someone has whilst pursuing a particularly engaging activity. By announcing this phrase speakers provide moral support to their interlocutor whilst acknowledging that their labours are definitely worth the effort. 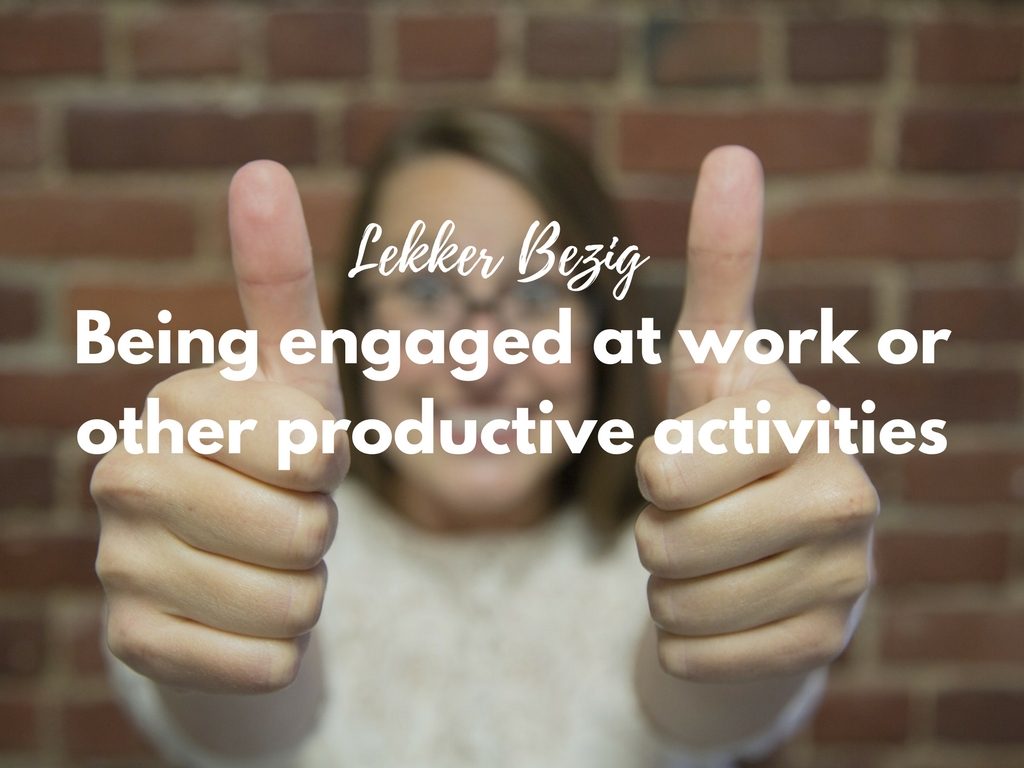 The Dutch have actually coined a word for informal gatherings at the pub and call this special time of the day a borrel. Although borrels often take place inside bars, many employers organise after work drinks in their offices on Friday afternoons, commonly known as vrijmibo. 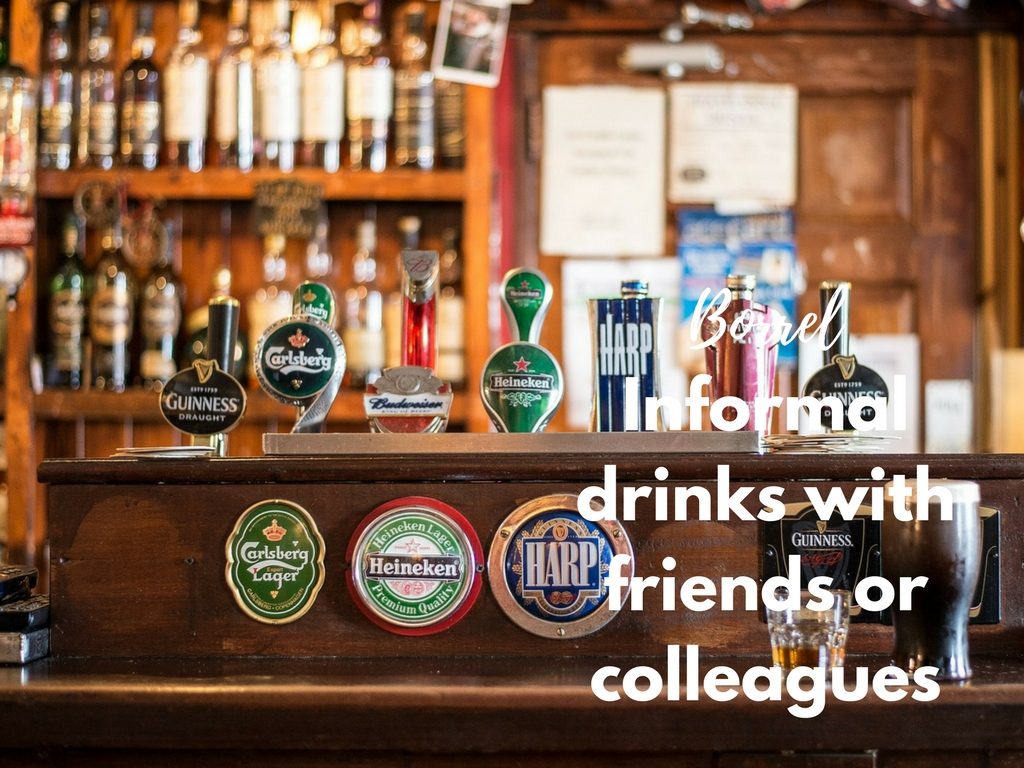 The Dutch employ diminutives considerably more often than English speakers and make words sound smaller, cuter or friendlier by adding the suffix –tje. A regular beer, for example, is called in biertje in Dutch, whilst a small dog is a hondje. 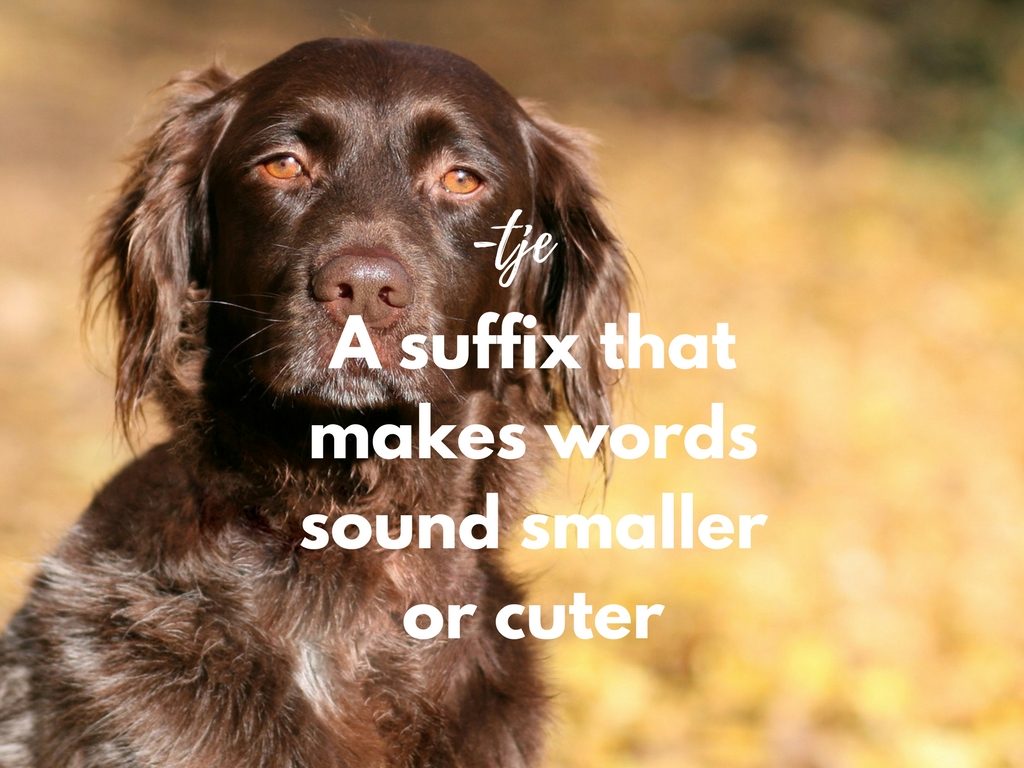 Although dictionaries state that overzichetlijk translates to uncomplicated or accessible, these words aren’t quite perfect stand-ins, as the adjective is generally applied to things that have a clear overview. A well organised city, for example, is overzichtelijk, as it is possible to easily imagine its layout. 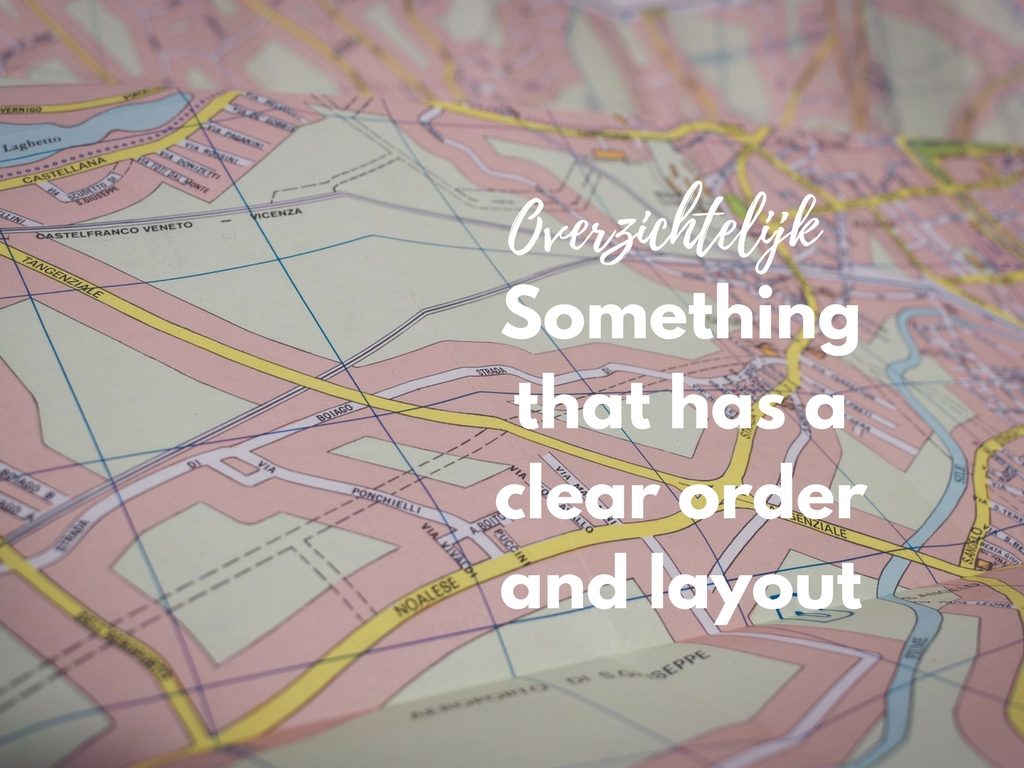 For the Dutch, delicious, filling meals induce uitbuiken, which literally translates into English as outbellying. Speakers employ this verb to express that their bellies need time to relax after a particularly hearty feast, and often proceed to unbuckle their belts, or loosen tight clothing in order to encourage healthy digestion. 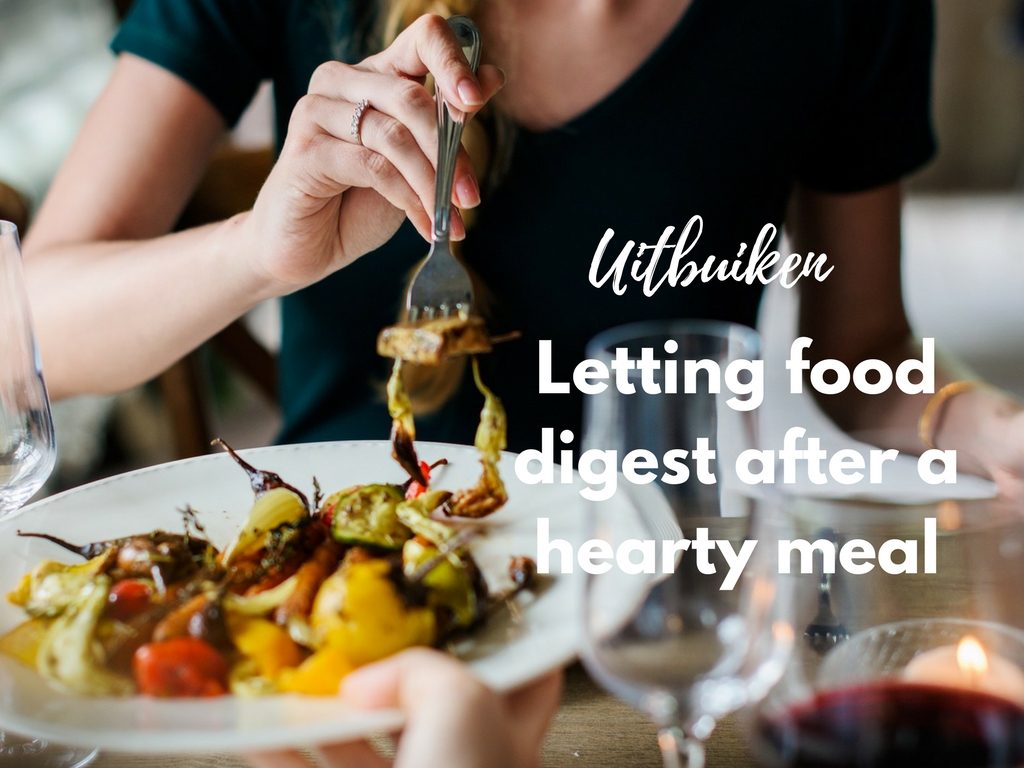 This exceptionally common adjective expresses absolute certainty and is added to sentences in order to strengthen their resolve. Answering a question with a phrase that includes zeker allows a speaker to express their conviction or strongly agree with another person’s statement. 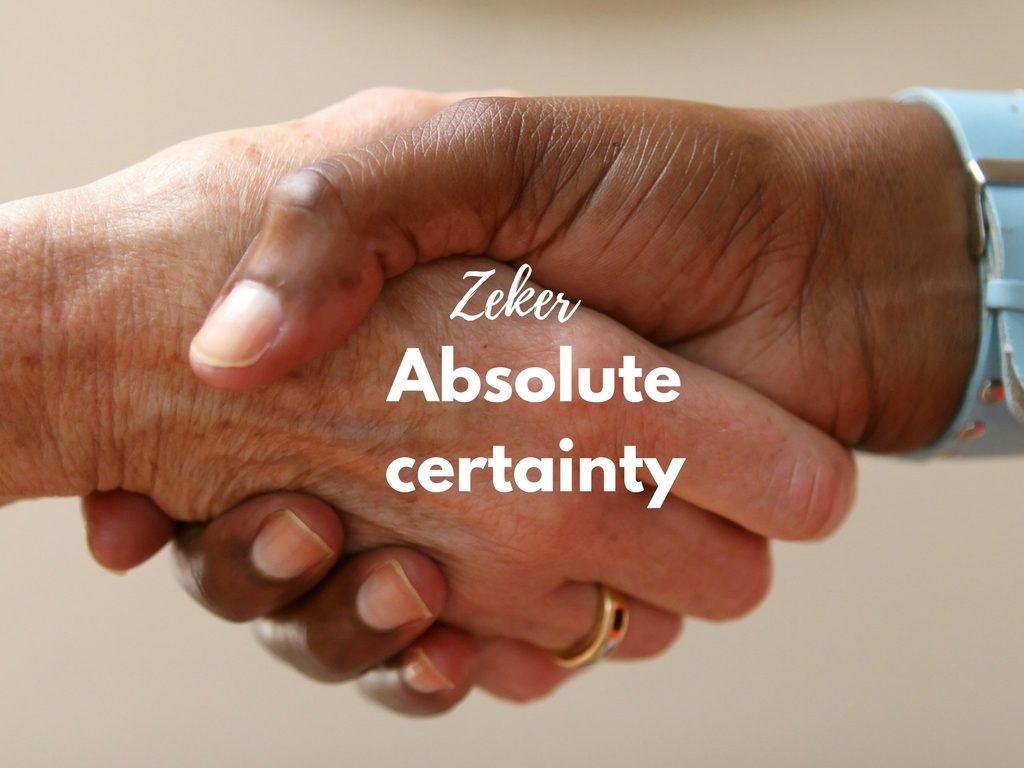 Voorpret represents the feeling of anticipation people commonly have before an exciting event such as parties or festivals. Whilst planning ahead or looking forward to something Dutch people will commonly state ‘Ik heb voorpret’ which roughly translates to ‘I have positive expectations’. 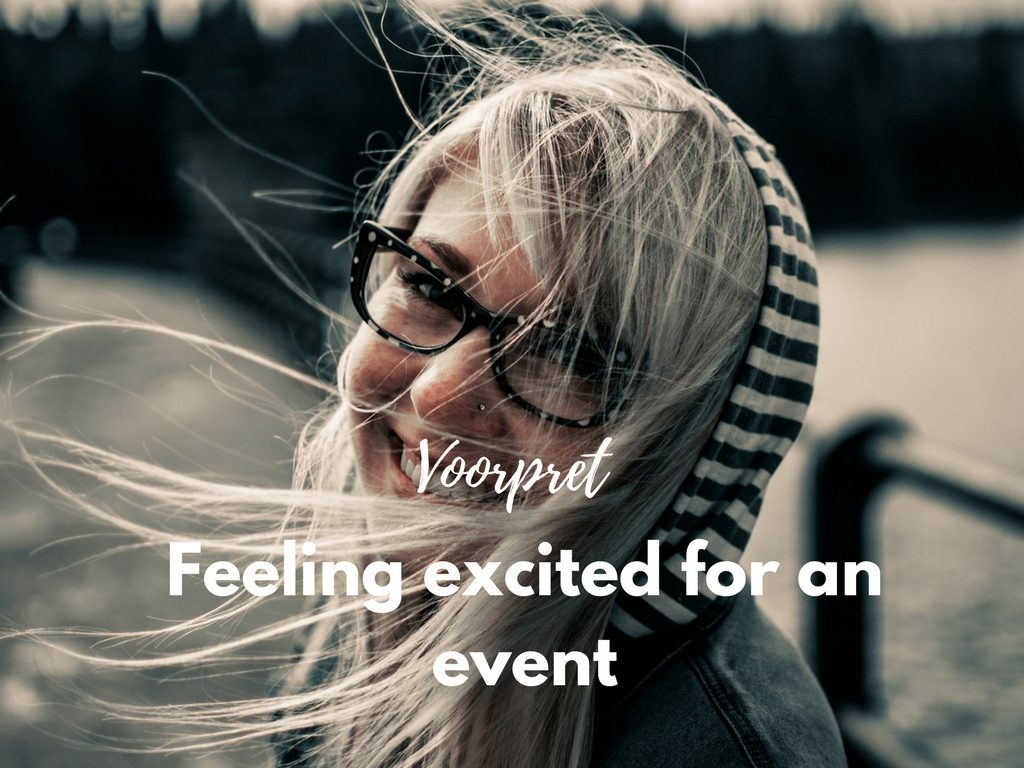 ‘Een ogenblik’ literally translates into to English as ‘an eye blink’ and denotes a short, indefinite amount of time. Although the word functions much like ‘jiffy’ or ‘moment’, by alluding to eye movements the word feels more elegant than its English equivalents. 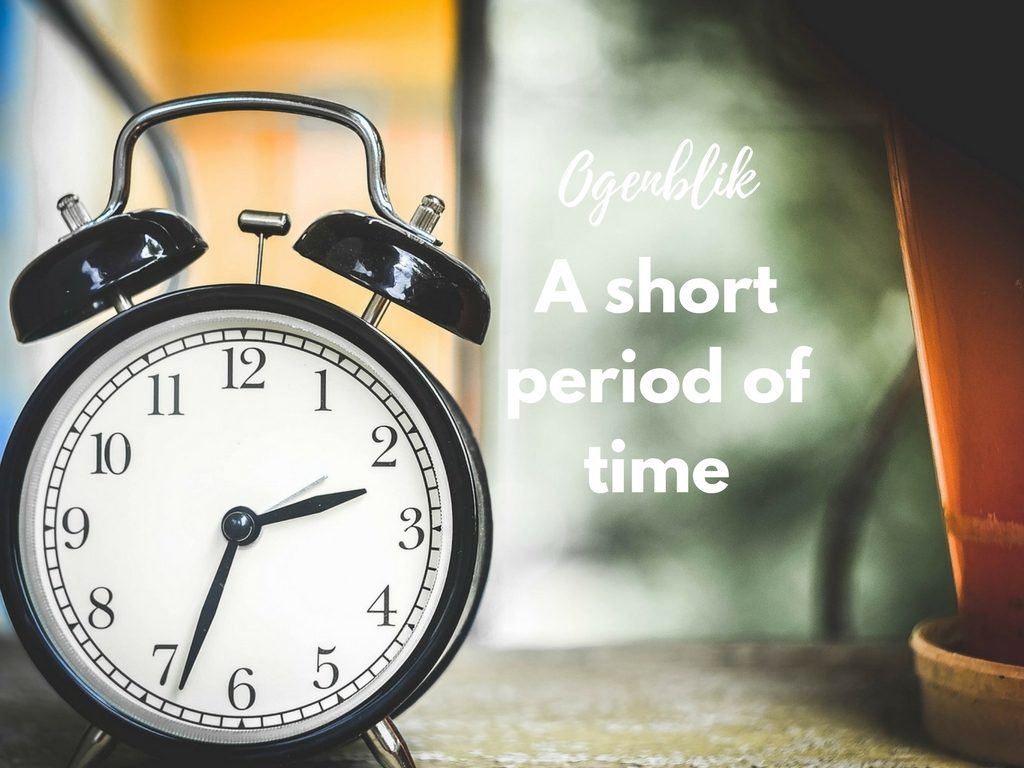 In Amsterdam people commonly call one another ‘schat” in order to express neighbourliness. Whilst translations usually render this words into English as ‘darling’ it shares more similarities with informal British terms of endearment such as ‘mate’ or ‘love’. 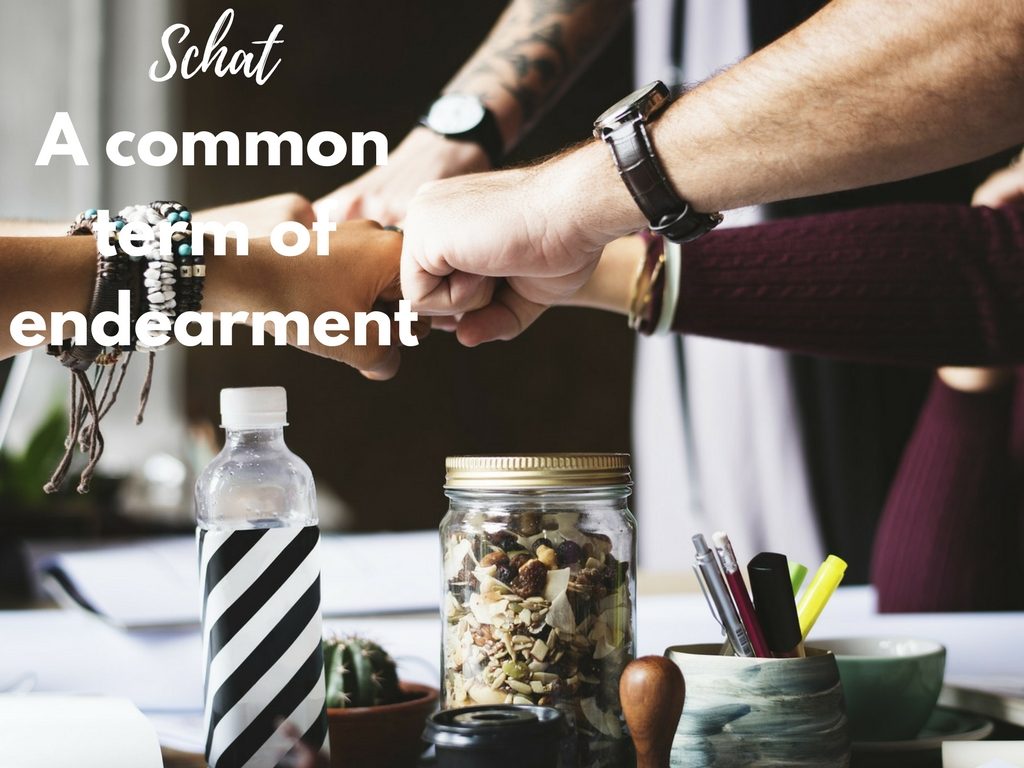 This clever verb literally translates into English as ‘to out sick’ and is employed when a speaker wants to express that they are resting in order to recover from a minor illness. 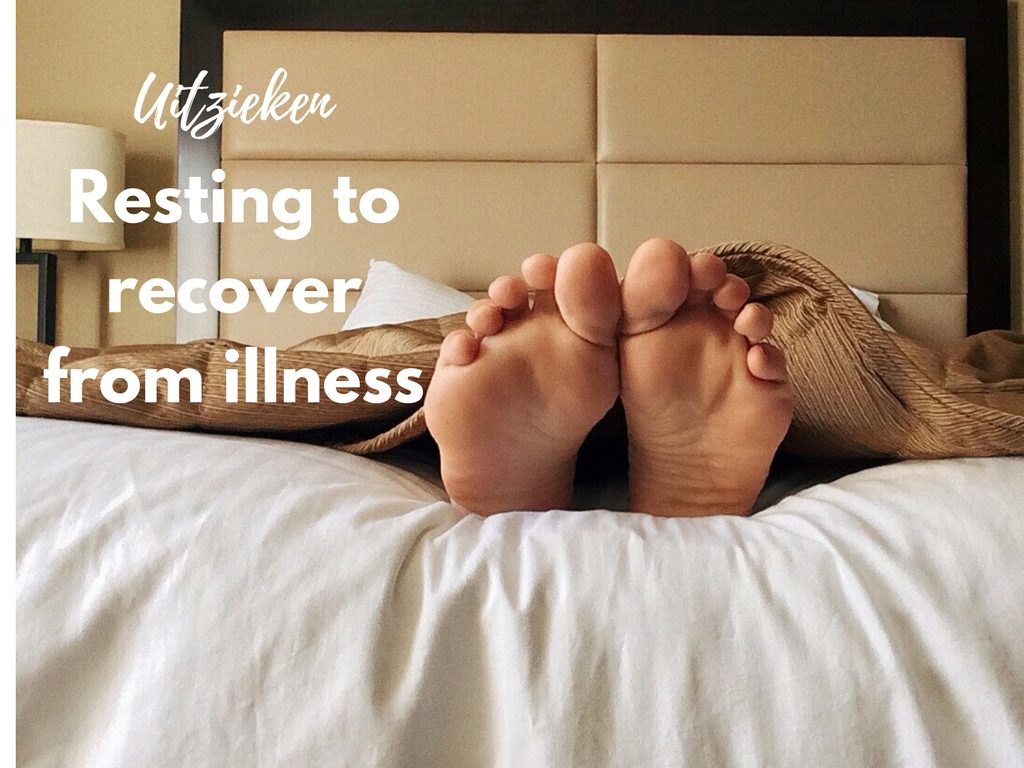 This beautiful verb represents walking outdoors to gain better insight or calm down after a stressful event. Although ‘uitwaaien’ usually connotes forest paths or windswept beaches, its possible to ‘uitwaaien’ in parks or even gardens. 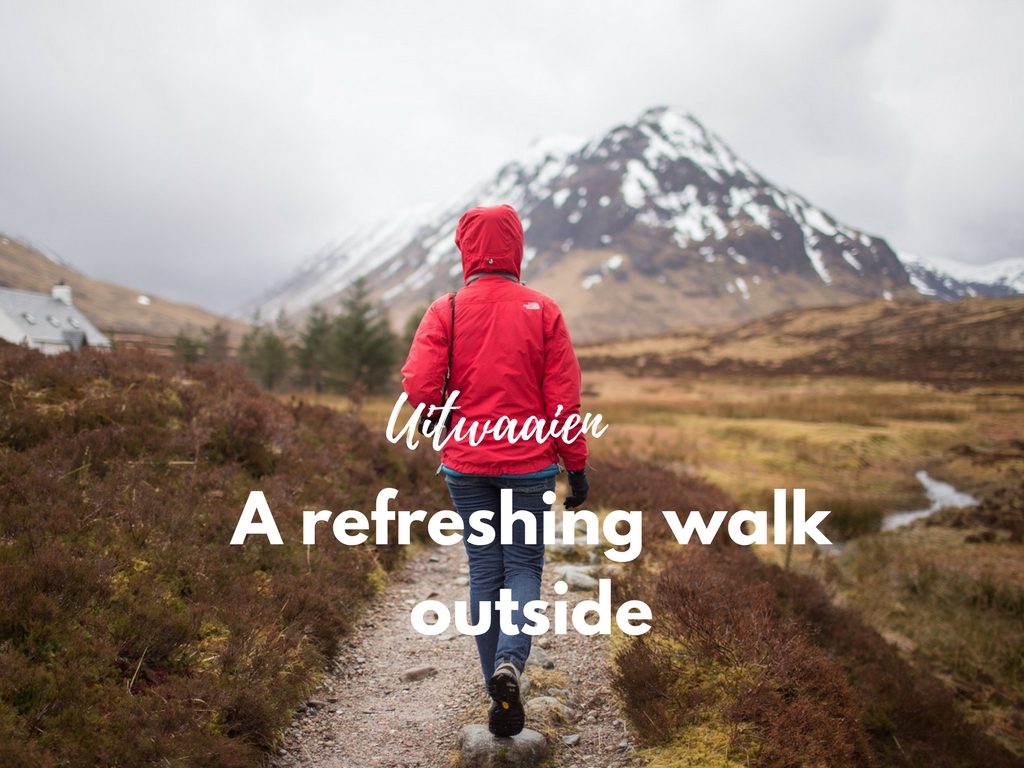 Like most idioms, ‘op die fiets’ barely makes sense when it is translated literally but conveys an obvious, useful message to native speakers. Taken literally this phrase means ‘on that bike’ whereas Dutch speakers understand that it actually signifies ‘Oh, that way’ or ‘I now understand how that happened’. 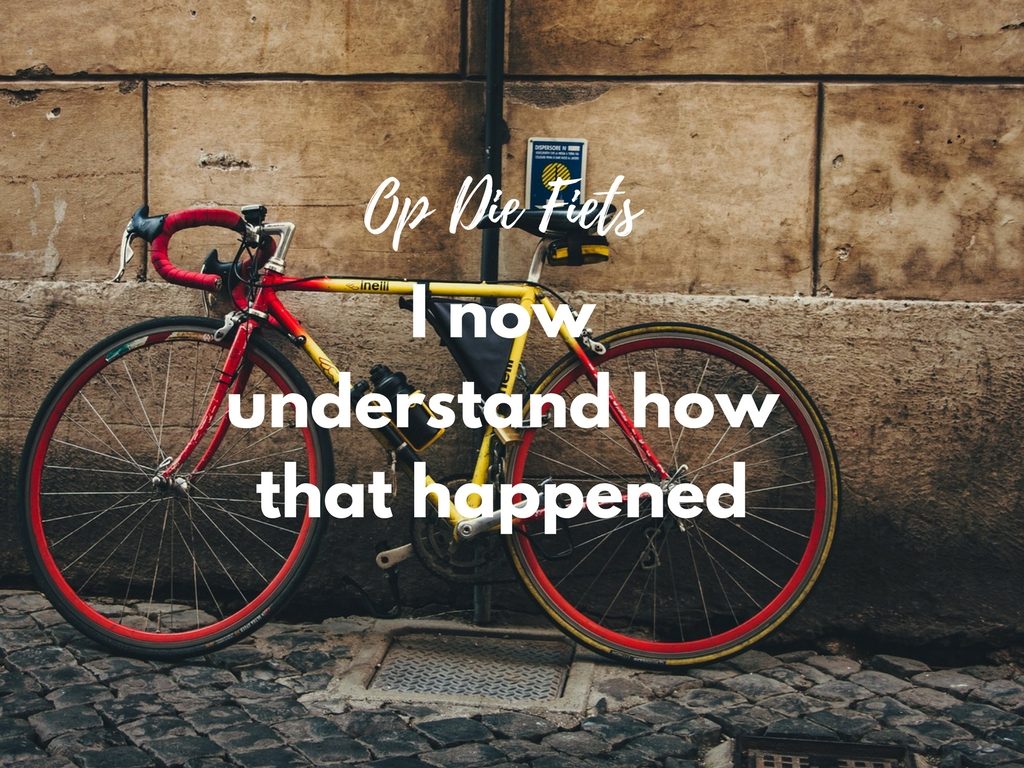