10 Unique Souvenirs to Pick Up in Amsterdam 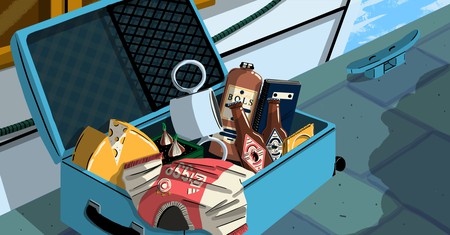 While it may be impossible to sum up Amsterdam’s unique charm succinctly, there are several items that are readily available in the city that capture some of its delightful history and culture.

To help you discover the perfect memento while you’re abroad, Culture Trip has put together a list of 10 distinctly Dutch souvenirs that can easily be found in Amsterdam.

A bottle of Bols jenever

Although jenever is often compared to gin, it actually predates its British counterpart by several decades and has a mellower, more aromatic flavour. Dutch people traditionally drink jenever straight, or alongside a small, blonde beer – a mixture that is colloquially known as a kopstoot, which translates into English as ‘head butt’. The drink has been produced in Amsterdam for centuries and the Bols distillery makes an exceptional range of jenever that can be bought straight from its headquarters on Paulus Potterstraat or at most off-licences in the city.

In the 1990s, Droog emerged as a leading name within the design world and became renowned for its innovative interior products, which commonly adapted prefabricated materials into knowingly sober items with a distinctive sense of playfulness. Today, many of Droog’s iconic products can be found at its headquarters on Staalstraat in central Amsterdam, including items that were designed by Marcel Wanders, Tejo Remy and Jurgen Bey.

Cheese-loving travellers are spoilt for choice in the Netherlands, as the country is renowned for its dairy products. In Amsterdam, there are a number of excellent cheese stores that offer a wide variety of tasty edams, goudas and boerenkaas (‘farmhouse cheese’). Old Amsterdam is known for its exceptional matured Gouda, which possesses a sturdy, full-bodied flavour and crumbly texture that pairs wonderfully with dark beer and pickles. 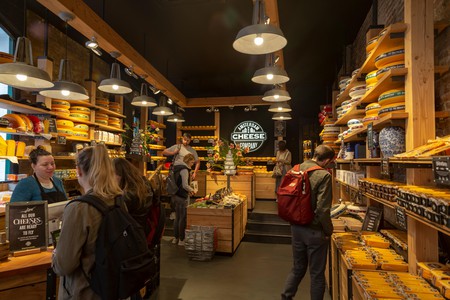 HEMA is a Dutch chain store that designs all of its products in-house. Instead of focussing on one aspect of retail, HEMA sells everything from clothing and homewares to traditional Dutch food, its own line of books and unique stationery. HEMA always keeps prices low, meaning that keen-eyed travellers can pick up chic Dutch design products without emptying their wallets. 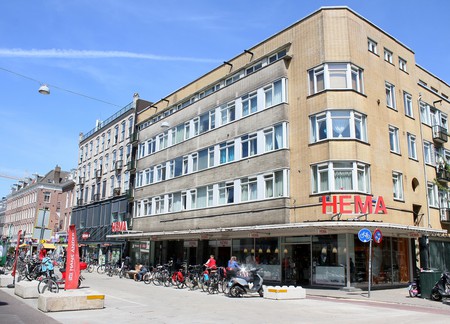 Brouwerij ’t IJ’s main brewery is located underneath the largest windmill in Amsterdam and brands its beers with a label that depicts the famous structure. The brewery’s wares are sold throughout the city and regularly appear on the beer menus of trendier pubs. The brewery is renowned for its potent speciality beers such as Natte and Zatte, as well as its traditional Dutch brews – most of which have a notoriously high proof. 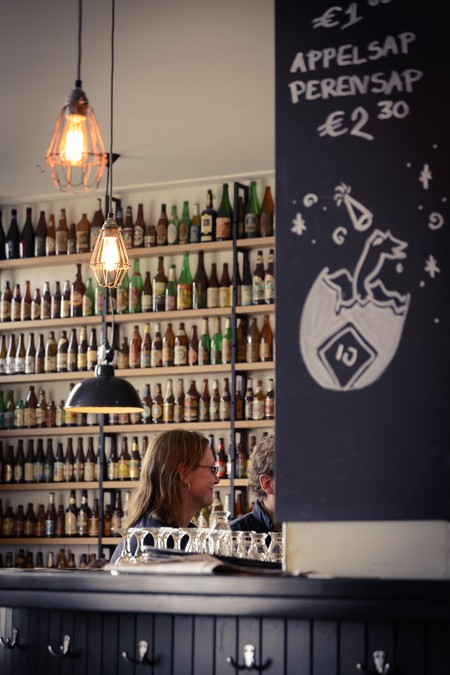 Ajax Football Club has its home grounds in southern Amsterdam and the team’s memorabilia can be found at sports stores and official retailers throughout the city. Since their inauguration, Ajax have always been at the top of the Dutch football league and have thousands of supporters around the globe. Their kit is emblazoned with a picture of the mythological hero Ajax, a figure that represents the team’s steadfast spirit and determination. 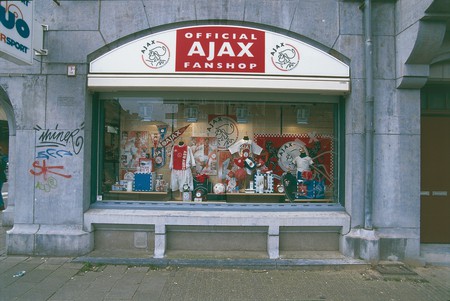 A basket of tulip bulbs

There are hundreds of florists dotted around Amsterdam, many of which sell tulip bulbs that can be taken home and planted. The Dutch have a long history with this colourful crop and Amsterdam is surrounded by several large tulip farms, including Keukenhof – a vast garden that plants over 7 million flowers every year. 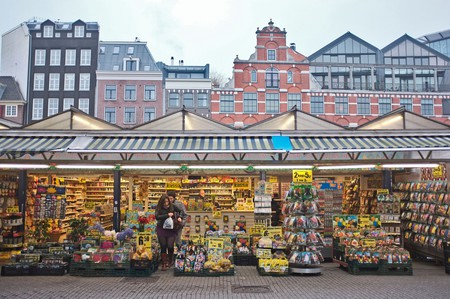 A map of the canals

Amsterdam’s city centre is shaped by a multi-tiered canal belt that encircles Dam Square. This historical feat of engineering was mainly constructed in the 17th century during a time of economic prosperity. Many stores around Amsterdam sell old prints of the canal system, and maps of the city can be found at most bookshops or tourist-oriented establishments. 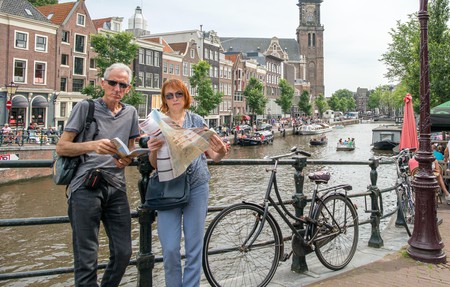 During the early years of the 20th century, Dutch author Nescio wrote several short stories about Amsterdam that present the city from various perspectives and challenge the presumptions that surround bohemian lifestyles. Today, these stories are considered classics and have been collected into a single volume called Amsterdam Stories (2012) that is readily available from English-language bookstores throughout Amsterdam.

Specialist condoms from The Condomerie

The Condomerie is the world’s first condom speciality store and was originally established to promote safe sex in the 1980s. The store sells a massive selection of novelty contraception as well as lubricants, gifts and hygiene products. As a dedicated condom specialist, the store encourages visitors to think more openly about contraceptives and acts as a research centre for fun, safe sex. 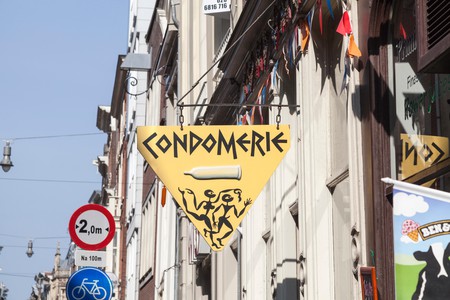