Why Everyone Should Visit Amsterdam at Least Once 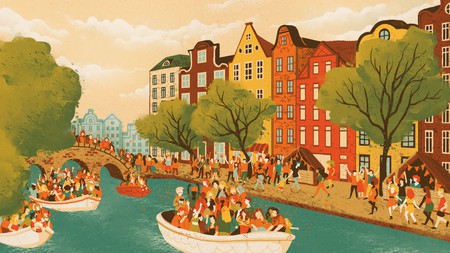 Even for the most world-weary traveller, there is something very special about Amsterdam.

The city’s olive-green canals and handsome gabled mansions are indeed beautiful, but perhaps above all, it’s the flavour of the city that appeals – its inhabitants a creative and imaginative bunch who quite simply bring the place alight.

In the 17th century, Amsterdam boomed as a trading city, its merchant fleet transporting goods to every corner of the globe. This was Amsterdam’s Golden Age, the age of Rembrandt and Frans Hals, and it witnessed the construction of the fine mansions that are such a feature of the city today. Yet, the grandeur did not last and, surprising as it may seem today, Amsterdam in the 1950s was a staid and rather provincial city with a hesitant future.

The 1960s changed all that. Suddenly, Amsterdam found a new counter-cultural voice, becoming a hotbed of hippy action and all that entailed – with sit-ins and love-ins galore. Neither were the hippies without humour, as their well-planned ‘happenings’ focused on playful games highlighting specific urban problems from pollution to a lack of social housing.

Young Amsterdammers were energized, and the hippy movement infused the city with an adventurous spirit that survives today: it’s reflected in a string of cultural events such as Pride and King’s Day, a platoon of inventive art and photography galleries, and a penchant for design, from designer toothbrushes to a speciality condom shop, which manages to stretch everyone’s imagination.

Amsterdam’s contemporary art scene is exhilarating – and intensely international. The city boasts the showcase Stedelijk Museum, which may look something like a giant bathtub from outside, but its temporary exhibitions are both avant-garde and highly rated. Amsterdam is also blessed with two top-ranking photography museums, Huis Marseille and Foam, a hipster hang-out popular with the young creatives who have made such a mark on the city. These same creatives also support a string of sleek, private art galleries; however, if you are looking to buy, prices are predictably eye-watering. 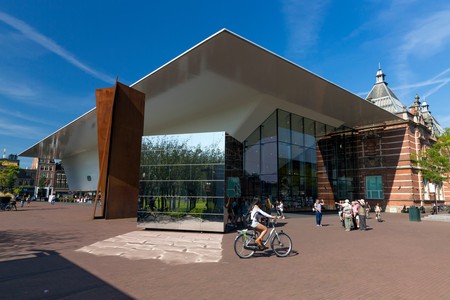 Works of art from Amsterdam’s Golden Age are world-renowned

Amsterdam’s Golden Age witnessed an extraordinary flourishing of the arts – and much of it is displayed here in Amsterdam, adding greatly to the city’s allure. The most famous Golden Age painter was Rembrandt, arguably one of the greatest artists of all time, but there were many other talented figures, too, such as Johannes Vermeer, Frans Hals and Jan Steen. In the particular, the city’s premier art museum, the capacious Rijksmuseum, holds a wonderful, world-class collection of paintings from the Golden Age, most notably a hatful of works by Rembrandt, with its closest rival being a specialist art museum, the remarkable Van Gogh Museum. 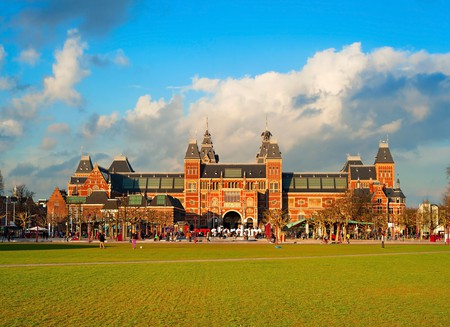 The Koningsdag (King’s Day) celebrations are something to behold

Nominally, this riotous festival is held in honour of the king – Willem-Alexander, who looks very much like a stereotypical banker – but it’s really more of a national knees-up in which even the most sensible of Amsterdammers seem to throw caution, and sometimes self-respect, to the wind. Wear something orange: it’s the national colour, and everyone else does, from hats and wigs through to capes and shoes. There are outdoor concerts, boat parties and a parade or two – if you can squeeze through the multitudes. Held on 27 April – or on 26 April if the 27th falls on a Sunday. 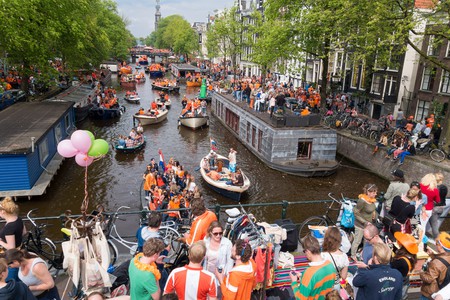 One word: Jenever (for the uninitiated, that’s ‘gin’)

When you visit Amsterdam, be sure to try Dutch gin (‘jenever’), which is a bit weaker and a little oilier than English gin. It is served in small glasses and sold at a number of specialist gin bars, but is widely available elsewhere. Choose from oude (old) or jong (young) or korenwijn, which has a malty, oaky flavour. A glass of beer with a jenever chaser is called a kopstoot – and it will soon lay you low or incoherent. 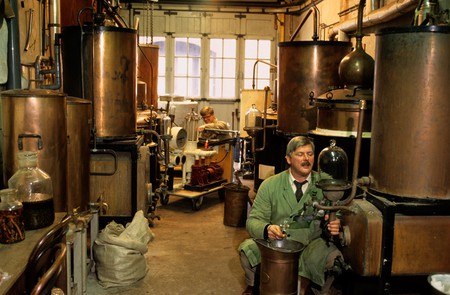 The Dutch capital is a cyclist’s haven

There is no getting away from it – Amsterdam is pancake-flat. The great bonus is that this makes it perfect for cycling, and that’s exactly what city folk do by the thousand. This is citizen cycling – so no need for figure-hugging lycra and other specialist clobber – and, even better, Amsterdam has a legion of bike-hire outlets. Cyclists can relax, too – well almost: motorists are especially keen not to clip cyclists; this is not to do with an excess of kindness, but rather highway rules that favour the pedallers. 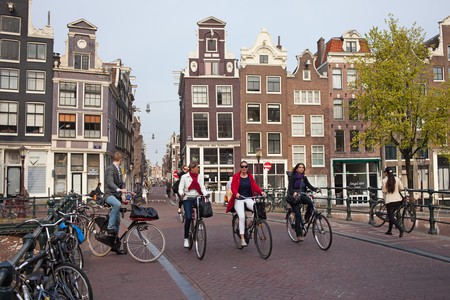 Almost without exception, and this is one of its main appeals, Amsterdam has dodged the soaring skyscrapers that have scarred so many cities, opting instead for a much more organic approach – citizen-sensitive development at its best. In the city centre, the prime example is the Eye Film Museum, housed in a graceful, shimmering structure with sleek angular lines. Away from the centre, the Het Schip municipal housing estate is a high-spec, early 20th-century development in a flourishing Expressionistic style, while the reclaimed islands of the Oosterdok abound with stylish houses and apartments offering gentle canal and river views. 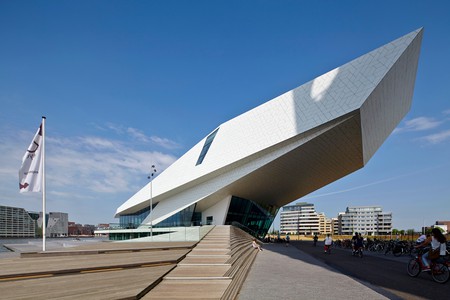 The days when it was hard to get any beer apart from pilsner in Amsterdam are long gone, and although Heineken still rules the alcoholic roost, you are now spoilt for choice: a brigade of small, specialist bars sell all manner of domestic and imported beers – Belgian beers are especially popular – and there are also half a dozen city-based craft breweries: try, for example, the brews of either Brouwerij ‘t Ij or Brouwerij De Prael. 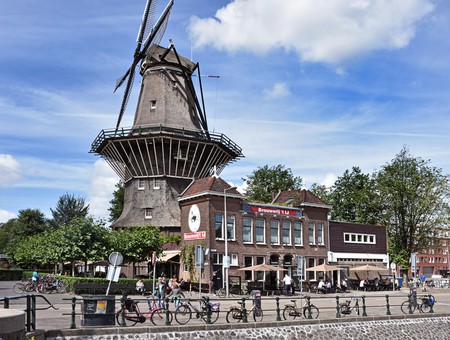 Amsterdam’s parks and green spaces are a great escape

You don’t associate Amsterdam with green spaces, but on a hot summer’s day, there is nothing better than joining the locals at their favourite park, the Vondelpark, whose lush greenery drapes itself around a serpentine canal and its dinky little footbridges. For something a little wilder, take the tram to the wooded parkland of the Amsterdamse Bos, or catch a ferry over the River IJ and cycle to the small towns of the Ijsselmeer – rural Marken is the prettiest. 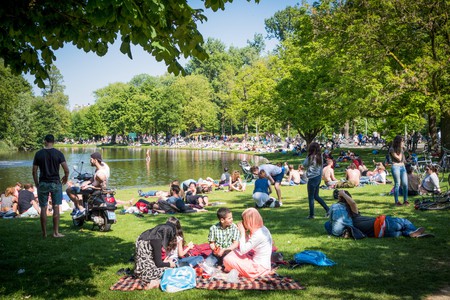 The city’s canal system has an interesting history

With every justification, Amsterdam is famous for the beauty of its canals, a network of narrow waterways that surpass every expectation and rival Venice in their historic charm. Most visitors opt for a canal cruise, but there are other, better ways of enjoying the waterways: the canal hop on-hop off service escapes much of the tourist throng to explore quieter parts of the city, while the energetic can hire a four-seater pedalo and thrash away to see exactly how far they can get. 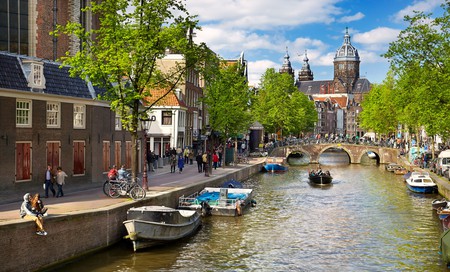 Amsterdam’s Pride celebration is one of the year’s happiest

The flourishing LGBTQ community in Amsterdam is a real boon to the city, and the high point is Pride, held in late July and early August. There are street parties, exhibitions, a parade and scores of supporting events spread across the city centre, not to mention a lively and elaborate canal parade with decorated floats jamming the waterways. 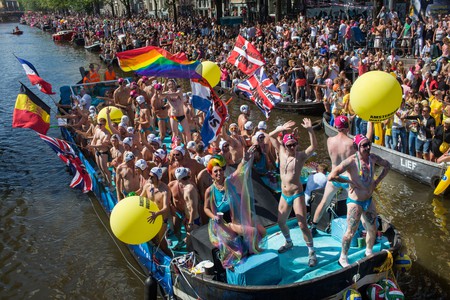 Discovering unique and immaculately designed products in Amsterdam is simple. Surprises include a specialist shop devoted to the humble toothbrush, but the pick of the lot is Droog, a design shop par excellence. The emphasis here is on the domestic, but – as they so aptly put it – “We treat serious matters in a playful way.” Hard to beat. 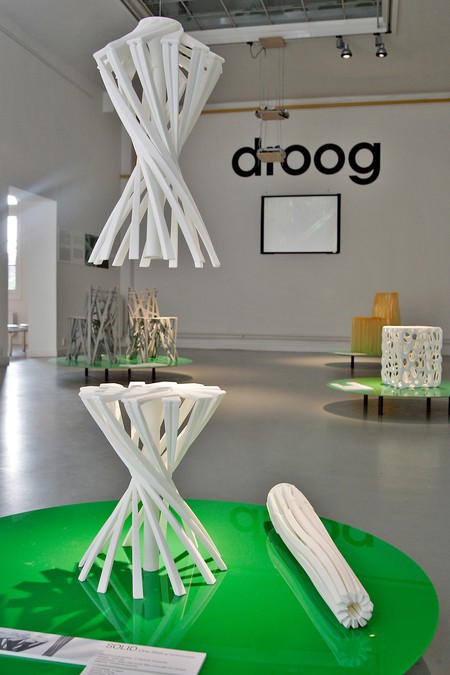