10 Dutch Architects You Should Know: Design From Holland

In the 19th century, Dutch architects were at the forefront of Modernism and De Stijl. Now, their contemporary counterparts are contributing to cityscapes throughout the world. Here, we showcase our favorite ten architects. 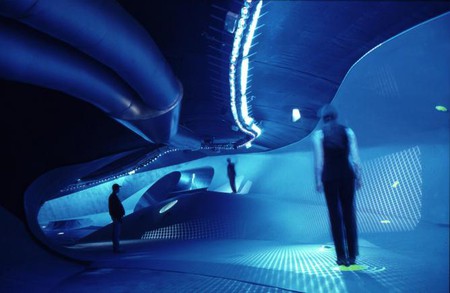 The author of various books including The Sympathy of Things, Lars Spuybroek certainly connects to his works. ‘HtwoOexpo’ is an interactive museum that reflects the ever changing nature of water. The great flowing space in intangible: floors become walls and ceilings and the lighting effects can be changed as the viewer moves around the building. Resembling a glacial ice cave or a gentle stream ‘HtwoOexpo’ is the perfect manifestation of a water pavilion. 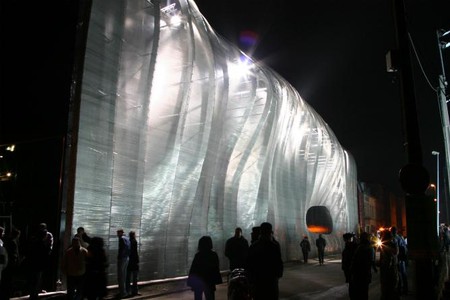 Architect and urban planner Kees Christiaanse has worked on numerous high-profile urban design schemes including a building known as ‘The Red Apple’. This imposing apartment block is created from six interlocking geometric shapes. The building is streaked with crimson, vertically on the tower and horizontally on the main body of the building creating a binary rhythm of line and geometry.

Born in Amsterdam, Erick van Egeraat has also gained a great reputation in Russia and Germany. ‘Leipzig University’ is one of his many stunning German works. With a clear influence from the surrounding Gothic architecture, van Egeraat creates a Modernist Gothic Revival. Soaring arcades and delicate stone tracery are mixed with dazzling blue glass and sleek tiled surfaces. The power of the original Gothic style is not diminished in this work; rather it is amplified through the striking modern perspective.

Jacob van Rijs has been described as an Urbanist. His love of modern cities has allowed him to create stunning works of architecture for a new age of contemporary architecture. Turqouise by day and fuscia by night, ‘Chungha Building’in Seoul is elegantly futuristic. Colorful planes push outwards from the center of the building creating a dynamic building pulsating with life. 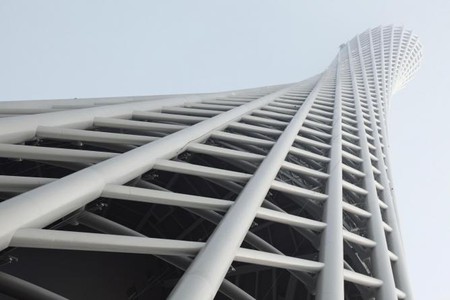 Rem Koolhaas creates ‘beautiful ambiguity’ in his work. His CCTV Headquarters in Beijing is scored with layers of lattices, but this is not its show stopping characteristic. Almost unreal in its interplay of void and form, at the heart of the building is emptiness, like a great angular bridge. Round windows on the ground level provide dizzying glimpses of the world below. Whether you’re inside or outside, this architecture will take your breath away.

Founder of Information Based Architecture, Mark Hemel was the perfect candidate to create the ‘Guangzhou TV Tower’ in Guongdong, China. While most towers are overtly masculine with strong, straight lines, Hemel defines this work as ‘sexy complexity’ with its sensuous, feminine curves. The tower has been nicknamed—‘Xiao Man Yao’, meaning ‘young girl with tight waist’. Not only has Hemel succeeded in creating the world’s tallest TV tower, but he has created the most feminine amongst so many phallic symbols. 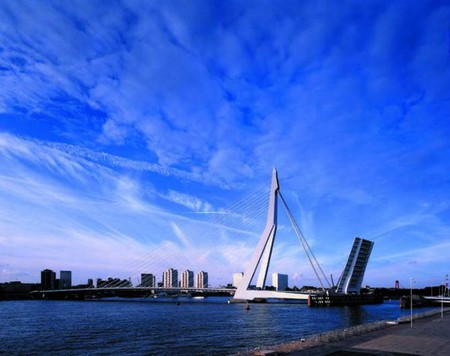 A master of both curved lines and faceted structures, Ben van Berkel is a truly dynamic architect. The asymmetrical Erasmus Bridge in Rotterdam possesses a monumental white pylon, 139 meters high. It is this elegant, geometric structure that gives the bridge its unofficial name ‘The Swan’. Costing over 163 million euros, this bridge features the largest and heaviest bascule bridge in Western Europe.

Rene van Zuuk embraces the flowing forms that modern technology allows him to create. Architecture Centre Amsterdam (ARCAM) is the embodiment of elegance. From the prismatic-comma form to the glass wall overlooking the placid water, ARCAM expresses its unique character. The juxtaposition of the curved faces and straight walls create a beautiful and refined vision of contemporary architecture. 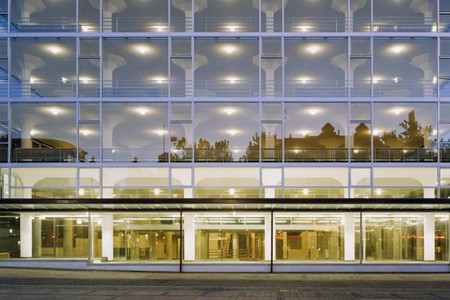 With ‘the stealth of a chameleon’ and polished curtain walls, Wiel Arets is one of the leading figures of contemporary Dutch architecture. H’ House is a suburban, residential project on the outskirts of Maastricht. Designed for a couple of landscape architects, H’ House fits seamlessly into an existing formal garden. The highly polished exterior reflects the foliage uniting the two areas further. Inside is a minimalist interior with white walls and flexible living space, however the most ephemeral aspect of this whole house is a staircase that floats, never touching the downstairs concrete floor. 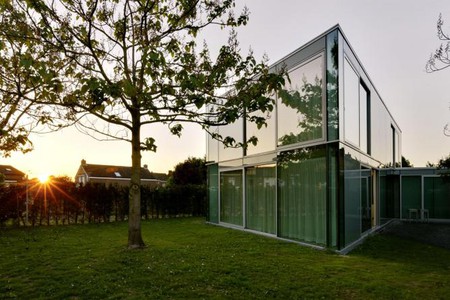 Neutelings’ architecture has ‘a playfulness of form’, and this is clearly apparent in his Mediacenter at Hilversum. The interior comprises of textured grey surfaces punctuated with scarlet squares—with an effect that is rhythmic, yet abstract. In contrast, the exterior is a riot of color. The work of graphic designer Jaap Drupsteen, hundreds of colorful relief glass panels illustrate famous images of Dutch television in a unity of form and function.