Why Are There Four Languages Spoken in Switzerland? 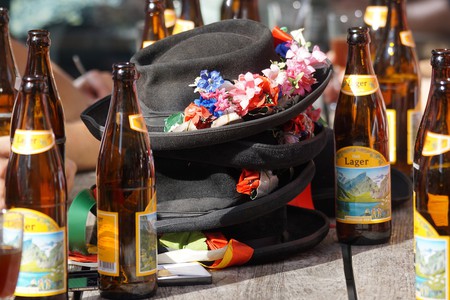 Switzerland has four official languages; German, Italian, French and Romansh. How did this come about and why is there not a single, unified ‘Swiss’ language?

In many countries, language developed as a tool to unify populations around a national identity. Take Spain and Catalonia for example. Over the years, Catalonia was repeatedly repressed by governments who tried to quash it, seeing it as a threat to national unity.

In Switzerland however, this didn’t happen, as it isn’t like other European countries and didn’t follow the same course. Instead Switzerland is a Willensnation, or nation of the will, as the whole state is based on the country’s 26 ‘cantons’, or administrative blocs, each agreeing to work with one another.

In this sense, Switzerland is a federation, rather than a nation. Going back through history, these cantons were fully sovereign states, each with their own borders, armies and customs and language.

Apart from the failed Helvetic Republic (1798-1803), there has never been a strong centralised government in Switzerland, which allowed the cantons to retain some level of self-control over their own affairs. This meant they were able to continue speaking their various languages without any attempt to impose one uniform ‘Swiss language’ on them. To keep the peace, each canton has the ability to decide its own official languages.

The particular languages spoken by each canton represents both the geographical and cultural boundaries of Switzerland and the influence of the closest countries to them. Towards the south and across the Alps, Italian is spoken; to the west, French; while German is spoken in the central and eastern parts of Switzerland. Romansh is predominantly spoken in the southwest, in the Canton of Graubünden, where Italian and German are also official languages. The cantons of Valais, Fribourg and Bern are also officially bilingual, speaking both French and German. 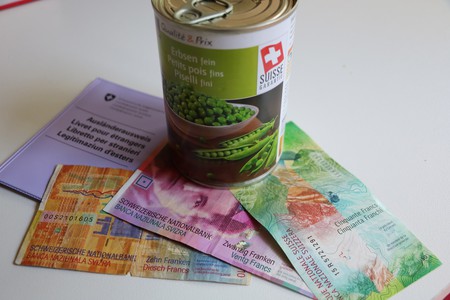 Quadrilingual branding is the norm in Switzerland | © Sean Mowbray

In fact, it’s said that there is an invisible line that splits the French and German speaking parts of Switzerland. It’s known on both sides as Röstigraben, literally meaning the Rösti line (Rösti being a potato dish eaten on the German side, but not the French).

If you are planning a trip across the cantons of Switzerland, don’t fret, as English is widely spoken so you don’t necessarily need to become a polyglot. However, picking up two or three phrasebooks will certainly help you along the way.