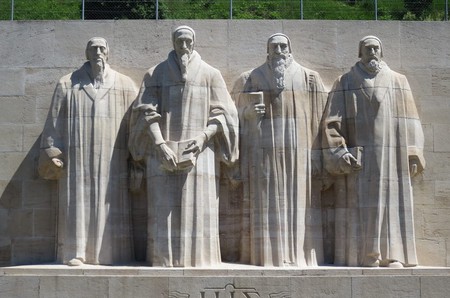 Inside Geneva’s St. Pierre Cathedral, one of the highlights of the city’s old town, you’ll see a high-backed wooden chair that is given pride of place. The rather plain chair was used by none other than John Calvin, the city’s Protestant preacher who led Geneva’s religious reformation from this very spot. Learn more about this firebrand who was instrumental in shaping the course of his city’s history and is considered a great man by some, and a tyrannical religious zealot by others.

A home in Geneva

John Calvin arrived in Geneva during the summer of 1536. He happened to stop there on his way to the safe-haven of Fribourg after fleeing Catholic France, fearful that his reformist ideas would have him branded a heretic.

Calvin planned to stay in Geneva for only one night but was persuaded by William Farel, a fellow Frenchman in exile, who had plans to reform the church there but had so far failed to sow many seeds of Protestantism. Farel’s method of persuasion was to invoke a curse from God, lest Calvin not help him. In a time of suspicion and uncertainty, it was enough to freeze him in place: “Terrified by his words, and conscious of my own timidity and cowardice, I gave up my journey and attempted to apply whatever gift I had in defence of my faith,” Calvin later said of the incident.

Born Jehan Cauvin in 1509, in northern France, Calvin was a precocious young man, trained initially in law at his father’s behest. He excelled at his studies and spoke fluent Latin and Greek, despite his heart not being in it. It was only when the winds of change began to blow across Europe, with Martin Luther’s ideas sweeping into France that the young Calvin found himself inspired. 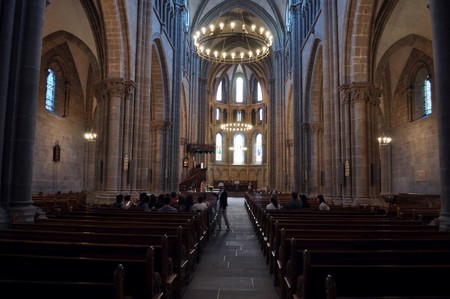 Branded as a reformer, at a time when such a label was incredibly dangerous, Calvin fled to Basel in 1534 after violence had erupted. Undeterred, Calvin went on to write and publish Institutes of the Christian Religion which laid out clearly his own beliefs.

By a circuitous route that took him via Italy, Calvin again found himself fleeing France. But after arriving in Geneva, he did not have long to settle as he was ousted by the city’s council after only spending a year and a half reforming the church. Tensions arose as the city council refused to loosen their grip on Church matters. Exile it was again. After travelling to Bern and Zurich to request re-entry into Geneva (which was duly refused), Calvin eventually turned towards Strasbourg where he took up a position as a minister, continued to preach, write and even married.

It would be a further three years before Calvin again set foot in Geneva. This time upon his return he was given license to carry out the reforms he desired. From his pulpit in St. Pierre Cathedral, Calvin preached hundreds of times, doing so twice every Sunday, turning Geneva into a pseudo-theocracy. Sexual morality was enforced, gambling, dancing and singing were reigned in, among other reforms, which were understandably not popular amongst everyone.

The celebrated French writer Voltaire wrote a rather scathing review of Calvin and other reformer’s work in the city: “If they condemned celibacy in the priests, and opened the gates of the convents, it was only to turn all society into a convent. Shows and entertainments were expressly forbidden by their religion, and for more than two hundred years there was not a single musical instrument allowed in the city of Geneva.” 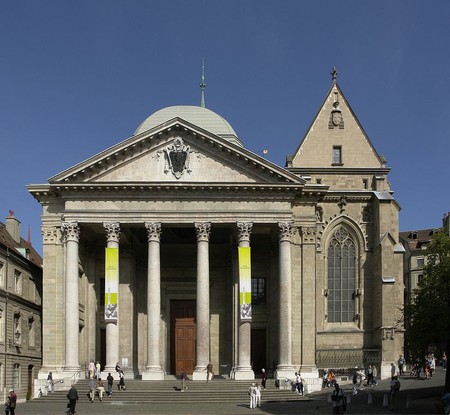 Calvin’s hold over Geneva was strengthened when in 1553, Michael Servetus, a renowned Spanish radical reformer showed up. Servetus’ own brand of reform was widely considered heretical. Under Calvin’s watch, Servetus was arrested, convicted and burned at the stake (Calvin requested he be beheaded, a small mercy).

After this incident, Calvin continued to face difficulties in reforming Geneva, but they were minor in comparison. He continued to publish commentaries, preach and fight for the reform of the church until his eventual death. He succumbed to exhaustion and illness in 1564.