Where to Celebrate New Year's Eve in Switzerland 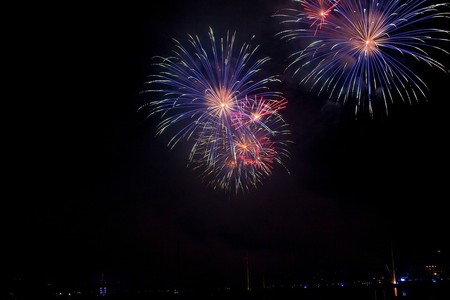 If you happen to be in Switzerland come the 31st of December, you’ll want to head to one of these places to bring in the New Year. Plenty of spectacular fireworks, music and dancing (and the odd scary mask or two) are just a few of the things you can expect to see.

Zurich is one of the most popular New Year’s Eve destinations. It hosts Switzerland’s biggest New Year’s party as over 100,000 people gather around the shores of Lake Zurich to hear live music, drink, eat and marvel at the huge fireworks display. At midnight, the city’s many churches ring out their bells and the party carries on until the wee hours, wrapping up at 3am.

Interlaken parties like the best of them on December 31st with music and fireworks. But the party doesn’t stop on January 1st, as another fantastic light display is held on the Höhematte as musicians and artists take to the lakeside in a festival atmosphere. If you stick around until January 2nd, you’ll witness the “Harderpotschete”. On this day, the streets become filled with the ‘Hardermann’ and his masked troupe of followers who charge through the city’s streets harassing spectators and pulling them into the chaotic fun.

Bring in the New Year in Basel, with a late night fireworks display over the Rhine and the beautiful medieval Mittlere Brücke, the historic bridge which is the city’s symbol. Before the fireworks, a traditional brass band sounds in front of the Cathedral. You can also pick up some free mulled wine between 11am and 1pm at points along the Rhine. 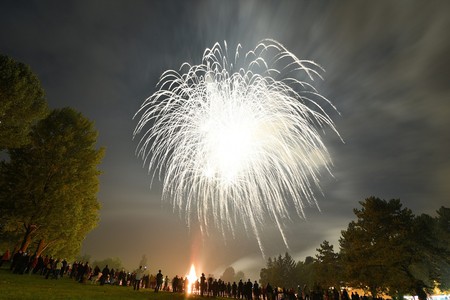 All the focus is on Lugano’s pretty Piazza della Riforma as Switzerland’s Italian speaking canton brings in the New Year in style. People flock here to eat, drink and dance to music by popular Swiss DJs. The party keeps on going well past the bells at 12pm.

Take advantage of Geneva’s ideal location, perched on the banks of Lac Léman, to watch one of the best fireworks displays in the country. Each year a different theme is honoured, in 2016 there was an ode to water. Aside from the show, there is music until the early hours at Plainpalais square, as well as late-night parties in the clubs.