What's the Difference Between Cheese Fondue and Raclette? 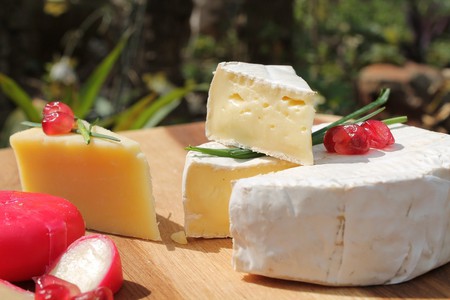 Both are staple foods of Switzerland and both are melted, mega-cheesy, so you might wonder what the difference between fondue and raclette actually is. It turns out that the answer is quite a lot and nothing at the same time. Read on to find out and arm yourself with the key facts to avoid any awkward dummkopf moments.

First the basics. Cheese fondue is cheese (or several different cheeses) melted in a pot with white wine and eaten with bread. With raclette, the usual custom is to take a block of cheese, grill it and then scrape off the melted, or slightly crispy, part. Raclette offers slightly more freedom to your meal. While there are variants of cheese fondue, such as with tomatoes or mushrooms, it is mostly the same: melted cheese with bread. With raclette you get to pick and choose a few more ingredients and it is usually enjoyed with cold meats, potato, gherkin and pickled onions. 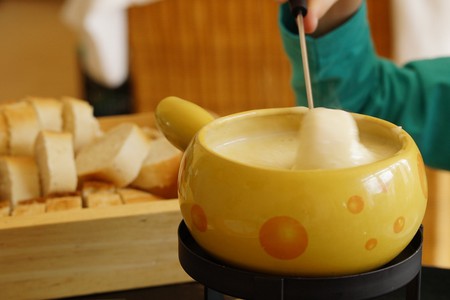 A cheese-themed pot is optional for fondue | © Efraimstochter/ Pixabay

Raclette is usually eaten with specific Swiss-made cheese of the same name, but can be eaten with others as well. Gruyère or Emmental cheese are most commonly used in fondue.

So, you could argue that the method of melting the cheese is a fundamental difference between the two, or you could also say that either way you’re are eating melted cheese, just with a few more bits added in. That really depends on how fanatical you are about your cheese melting techniques. If you really want to mix things up a little you could always dip a gherkin into the fondue pot but you may well find yourself ostracised from your dinner for it. 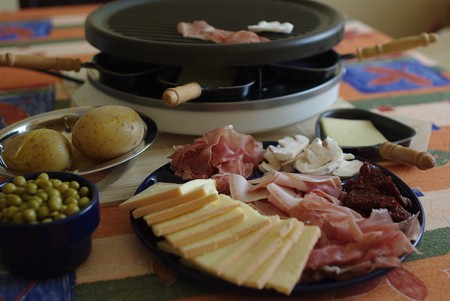 While there are some differences between the dishes, there are many similarities as well. Both came about as farmers scraped together a nutritious meal in the harsh winter months of the Alps. Raclette was first mentioned way back in the 13th-century, while the first fondue recipe, pops up much later in 1699. And, even though both of these dishes are today known as typical Swiss foods, it was customary for farmers, and others, from across the border in France and Germany to make them.

Above all, both dishes are an excuse for a hearty communal meal. You’ll understand why if you try to tackle a whole fondue pot by yourself. Just as you can buy special fondue making kits, you can also buy raclette making machines complete with small snow shovel-like cheese holders. You might want to make yourself aware of some of the, admittedly rather obvious, unwritten rules of eating fondue.