What is Romansh, Switzerland’s Least-Known Language? 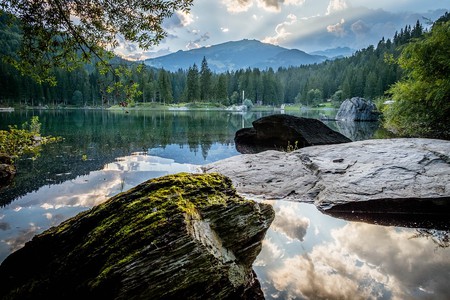 The beautiful canton of Graubünden is where most of Switzerland's 60,000 or so Romansh speakers live | © patmueller/ Pixabay

Across the 26 cantons of Switzerland there are four official languages: Italian, French, Swiss-German and Romansh. The last one might not sound so familiar and it’s unlikely that you’ll hear it since only around 60,000 people actually speak, and most of them live in the canton of Graubünden. Culture Trip reveals how this little known, but fascinating language of Switzerland came to be.

A little bit of istorgia (history)

First things first, Romansh isn’t exactly a single language. The language which we, as non-speakers, see is actually called Rumantsch Grischun and is a standardised dialect that was cobbled together in 1982 by a linguist from Zurich. In fact there are five regional dialects of Romansh divided up into Sursvilvan, Sutsilvan, Surmiran, Puter and Vallader.

All this diversity came about mainly because of Graubünden’s rather difficult geography, which made it easy for populations to become isolated from one another. Romansh first came to Switzerland around 500BC with the Rhaetian people, who had travelled across the Alps and thought Graubünden would be a nice place to settle. The language of today developed further after the Romans conquered the nascent Swiss territory several hundred years later and Romansh became a bastardised form of classical Latin.

Within the five dialects of Romansh it is clear to see how each has become so distinct. Towards the southern border, the Puter and Vallader dialects have felt the influence of the Italian language, as workers from both sides of the border mingled and mixed their language.

Across the other dialects however, German, and Swiss-German, has proven equally as influential and over centuries German words began to gain popularity amongst Romansh speakers. All this mixing and influencing leaves any listener today baffled at the array of different sounds and intonations that are emitted by Romansh speakers.

You may wonder how the different dialects discuss with one another, but almost all Romansh speakers are at least bilingual today and speak fluent Swiss-German or German, avoiding any issues of having to do sign language to a fellow countryman.

Romansh was officially recognised as a language by the Swiss federation in 1996, meaning that the government has to translate documents into the language (or the main dialect) for those who speak it.

Despite there being very few speakers of the language, it’s likely to be sticking around for a long time as schools in Graubünden teach one of the dialects to children up until the end of primary school. The organisation Lia Rumantscha has also been working hard since the early 20th century to preserve and protect the Romansh, in an attempt to stop it from becoming another dead or dying language. 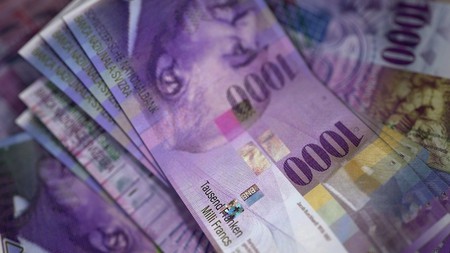 Romansh appears on all official Swiss documents, including the currency | © cosmix/ Pixabay
Give us feedback