Top Things to See and Do in Lucerne, Switzerland 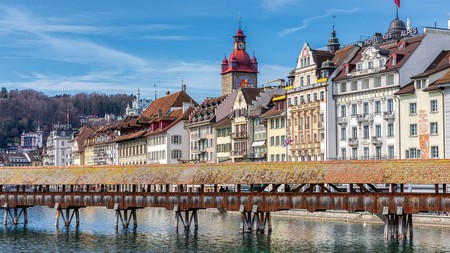 Tucked between mountains – including Mount Pilatus – and its eponymous lake, Lucerne has fairytale good looks, down to the pastel-coloured buildings of its Old Town. This compact city makes a great base for exploring some of Switzerland’s majestic Alps, but there’s plenty to keep you here, too. From fondue and locally brewed beer to regular music festivals, here’s our guide to Lucerne.

Grab tickets to the Lucerne Festival 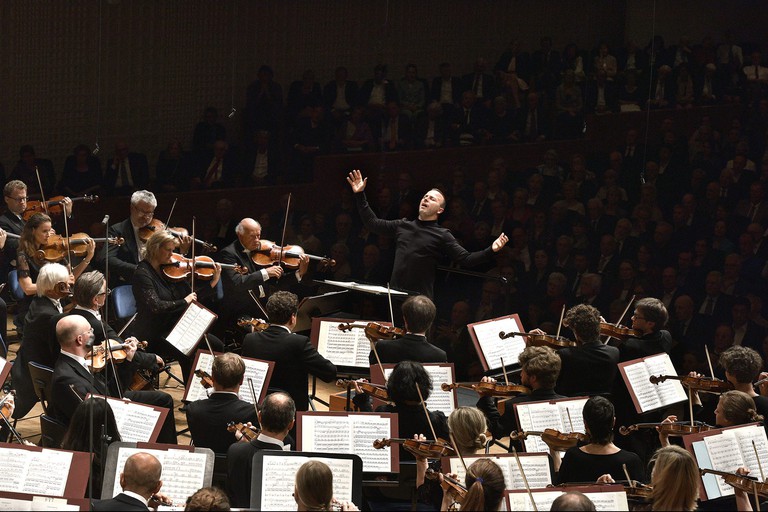 © Peter Fischli / LUCERNE FESTIVAL
One of the most exciting classical music festivals in the world, the Lucerne Festival in summer attracts top orchestras, conductors and musicians for a month of performances every August and September. One of three music festivals taking place throughout the year – with smaller ones in March and November – the summer itinerary always sets an abstract theme to inspire its artists. Past shows have featured the Vienna Philharmonic Orchestra and legendary pianist Martha Argerich. 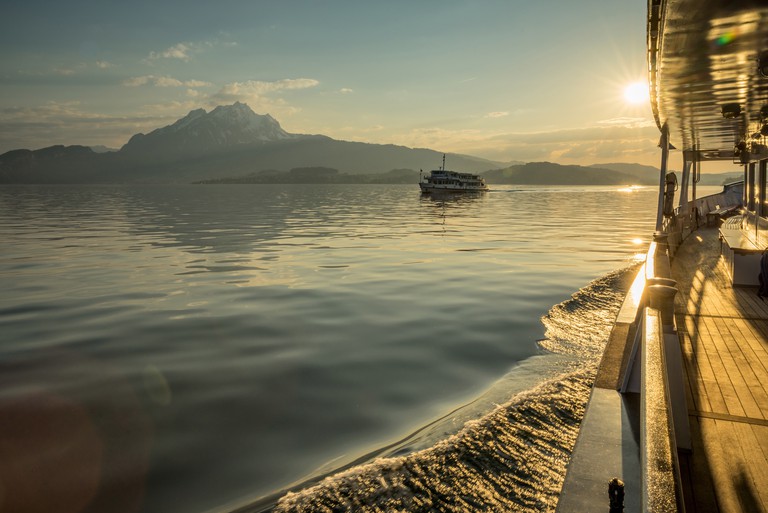 © Lucerne Tourism / Jan Geerk
The snowy peaks of Mount Pilatus don’t just beautifully frame the city – they provide an opportunity to enjoy the great outdoors just 20 minutes away. The world’s steepest cogwheel railway is an excellent way to take in the alpine scenery – and you can even ride in the driver’s cabin. Alternatively, take a panoramic cable car trip to the top from Kriens. On the mountain itself, a host of activities await year-round, including hiking, climbing and summer tobogganing.

Museum
Facebook
Email
Twitter
Pinterest
Copy link
Share
Map View
Inside a storybook-worthy house in Lucerne’s leafy suburb of Kriens is Museum Bellpark. It explains the history of Kriens through photos, sketches and drawings – but the biggest draw is the museum’s ever-changing displays of contemporary themes such as architecture, as well as striking Swiss art and photography. It’s also very child-friendly, with playful discovery sessions during the autumn.

Relax over a pint at the Rathaus Brauerei 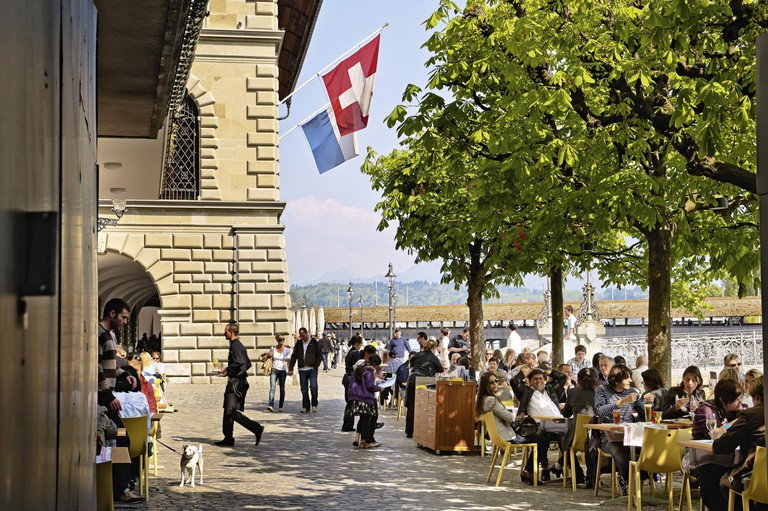 © Image Professionals GmbH / Alamy Stock Photo
The Renaissance-style building of Lucerne’s Rathaus (town hall) also contains a brewery and pub, which produces flavoursome beers that vary according to the season. In winter, sink a glass of full-bodied, fragrant Rathaus Bock – a strong beer with a hint of banana. An extensive menu of traditional food is also available: try the Weisswürst (spiced white sausage) or Luzerner Käsekuchen (a savory cheese tart).

Roam around the Old Town 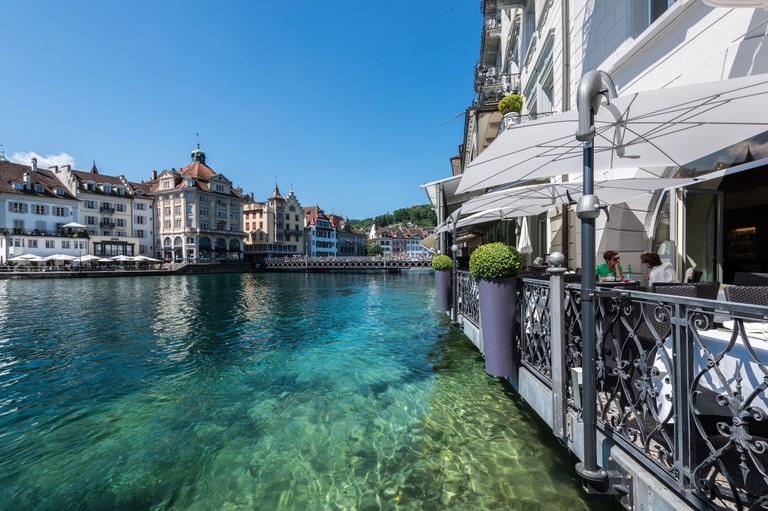 Turrets, archways and fresco facades – Lucerne’s Old Town bursts with historical flamboyance. The eclectic architecture includes buildings that date back as far as the Middle Ages. Among the most beautiful are Pfistern Guildhouse (at Kornmarkt 4), the Hotel des Balances (on Weinmarkt) and the Restaurant Fritschi (at Sternenplatz 5). Also carve out some time to visit the ancient St Peter’s Chapel on Kapellplatz.

Contemplate the meaning of life on Spreuer Bridge

Lucerne’s wooden Chapel Bridge might be one of the city’s most photographed spots, but don’t overlook its second bridge, the Spreuerbrücke. Built in 1408, it’s one of Europe’s oldest covered bridges and veers off at a peculiar angle. However, the most remarkable thing about it is only revealed once you start to walk across – the interior is decorated with a series of 17th-century paintings, depicting a Danse Macabre-style meditation on mortality and existence.

Dine with a view at Château Gütsch 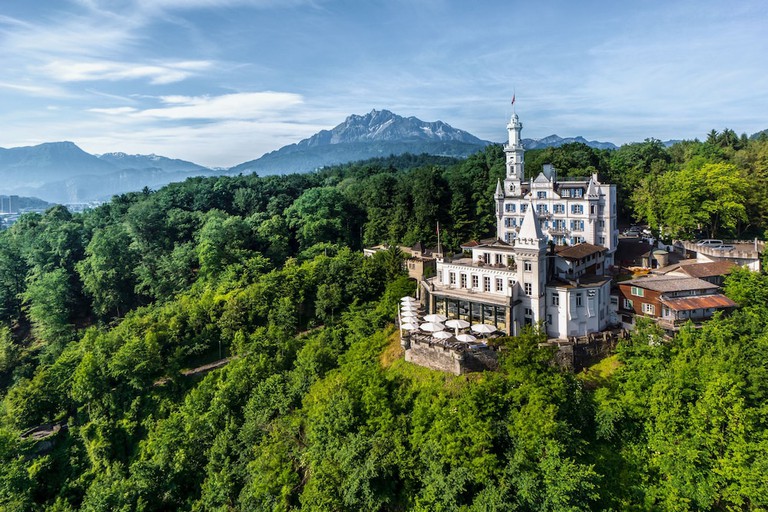 Courtesy of Château Gütsch / Expedia
View Rooms
Price Drop
Now from $365 per night
An epic Lake Lucerne view and opulent interiors make this castle-like hotel well worth the climb up Gütsch hill – or you can always take the funicular. At the restaurant – ask for a table on the terrace in summer – you’ll find an Italian menu such as veal tagliatelle and home-made mocha ice cream. Even a quick aperitivo at the bar is a sensationally glamorous experience, thanks to its blue-painted ikat walls, green velvet upholstery and panoramic windows.
More info

See the modern masterpieces of the Rosengart Collection

Museum, Art Gallery, Architectural Landmark
Facebook
Email
Twitter
Pinterest
Copy link
Share
Map View
Lucerne’s neoclassical National Bank has been reincarnated as one of Switzerland’s best collections of modern art. It has whole-floor collections of Pablo Picasso and Paul Klee, plus work from 23 other 19th- and 20th-century masters such as Cézanne, Monet and Miró – book a private tour to really get to know these remarkable works. Don’t miss the drawings and sketches by Picasso and Klee, which offer a rare glimpse into the artists’ methods.

Building
Facebook
Email
Twitter
Pinterest
Copy link
Share
Map View
As the world’s biggest civilian nuclear fallout shelter at its completion in 1976, the Sonnenberg Bunker was designed to house 20,000 citizens in the event of attack. Accessible from the Sonnenberg highway tunnel, you can tour the bunker on the last Sunday of every month. Venturing into this underground time capsule takes you past hospital facilities and decontamination stations, complete with retro washing machines and giant ventilation systems. It’s a fascinating insight into the very real Cold War fear of the era.

Indulge in cheese at Chäs Barmettler 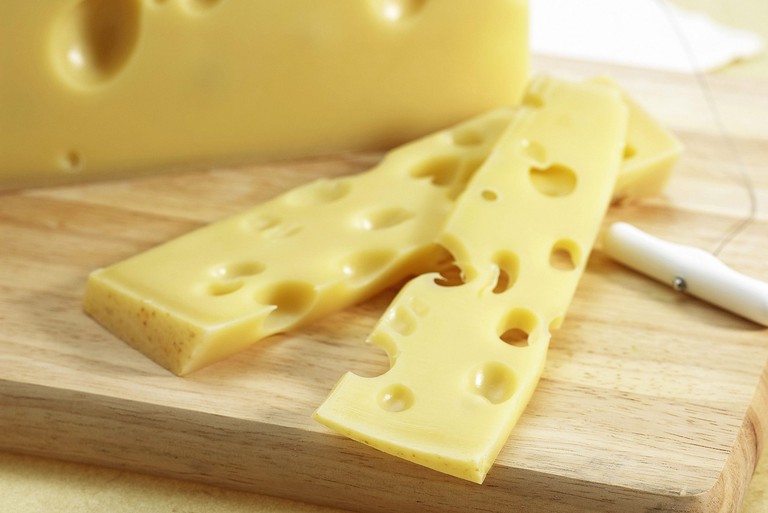 Get a whiff of the finest Swiss cheeses at this independent cheese shop, in the Old Town near Löwenplatz. The 100 or so varieties for sale include local favourites such as Emmentaler and Gruyère, plus international types not easily found outside of Europe, like raw milk cheese. You can also try a fresh-from-the-over cheese pie, fondue or raclette in-house, or pick up everything you need for your own gooey feast.