This Adorable Swiss Village Has a Population of Just 13 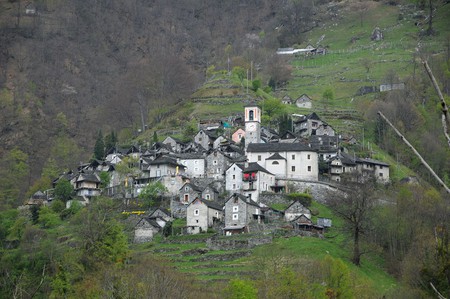 It’s doubtful you’ve heard of Corippo, Switzerland’s smallest municipality with a population of just 13 people, that lies in the Verzasca Valley in Ticino, a short distance from the Italian border.

Corippo sits on a rather steep hill at the north end of the Verazasca Valley. Its remarkably preserved homes are covered in slate roofs that are so well kept that the little town was named an “exemplary model” of conservation by the European Architectural Heritage Culture. Adding more praise, the writer Piero Bianconi described it as “Verzasca’s gentlest village.” 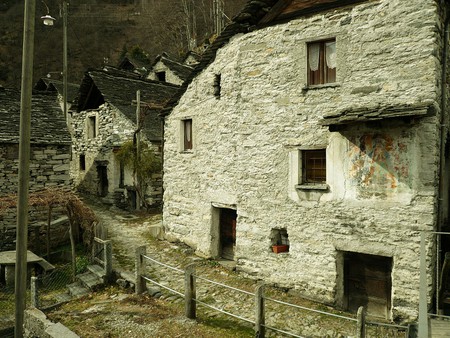 Through the ages, Corippo has been the home of farmers and shepherds who supposedly had to tie their chickens down to stop their eggs rolling off down into the valley. At one point the hemp trade was the top employer, but, as this faded, so did the town. In 1850 the population was at its highest point with 294 inhabitants, but by 1950 it had dropped to just 73. Another 50 years later there were only 22 people living there.

The depopulation of Corippo began not long after it was connected to the outside world in 1883. Its people spread out, supposedly heading as far afield as Australia and America to escape the lack of job opportunities. Today, rather unsurprisingly, the town boasts 0% unemployment amongst its 13 residents. 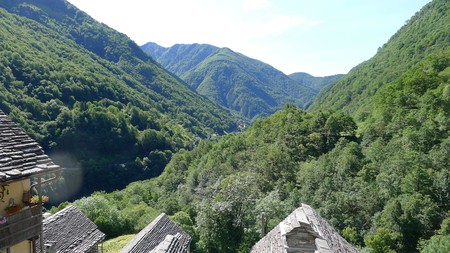 The views from Corippo to are also breath-taking | © Benediktv/ Flickr

Corippo has its own website, showcasing a local restaurant with a menu that shows the proximity of the Italian border. And despite its apparent demise, Corippo remains a jewel of a village, its splendid architecture and commanding position in the Verzasca Valley are unique.

To reach the village you can embark on the Verzasca Valley Trail, a signposted trail which will take you on old mule trails through the forest. Along the way, Corippo will appear as if from nowhere through the trees. Otherwise the village can be reached by car from nearby Vogorno.

At the Ethnographic Museum in nearby Sonogno you can learn more about the history of Corippo and the people of the Verzasca Valley.