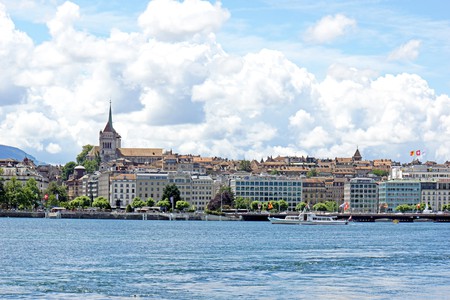 Geneva is a fascinating city, full of cultural and historical variety. One of the best places to get a taste of this is in the intriguing Old Town, a district that transports visitors to a tranquil past world. As well as great places for food and drinks, Geneva’s iconic Old Town boasts a vast range of cultural sites and activities, from a stunning cathedral to a large number of unusual galleries. We’ve selected the best. 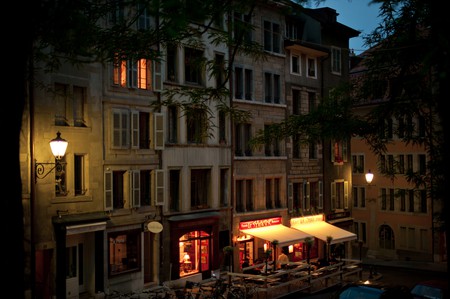 Founded in the 4th century, with the current structure dating back to 1160, this cathedral is an extremely important historical site, both architecturally and ecclesiastically. It is one of few cathedrals to feature the unusual neo-classical design, with iconic pillars that make it stand out from other European churches. It is also the site of numerous archaeological excavations, revealing some artifacts that are as old as the Roman empire. With regards to its importance within the history of Christianity, John Calvin, one of the principal figures in the foundation of Protestantism, spent much time preaching between its walls. Inside, travelers can still find a wooden chair that the man himself used. 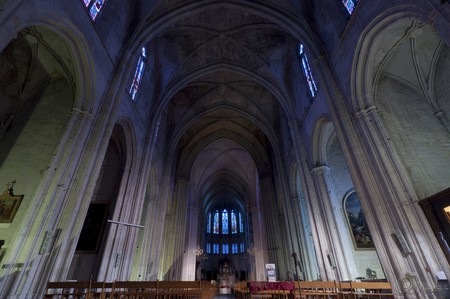 The Place du Bourg-de-Four is the oldest square in Geneva and therefore a great place to start any visit to the Old Town. There is some historical debate about what this pretty little courtyard was used for. There is some evidence to suggest it was occupied by an East Germanic tribe in the 5th century and perhaps once hosted a cattle market. Today, it is surrounded by lovely cafés and bars, many with terraces on the square itself, giving a constant hub of buzzing, local conviviality. The perfect place for both a morning coffee and a late-night cocktail, this square is the heart of the Old Town’s social scene. 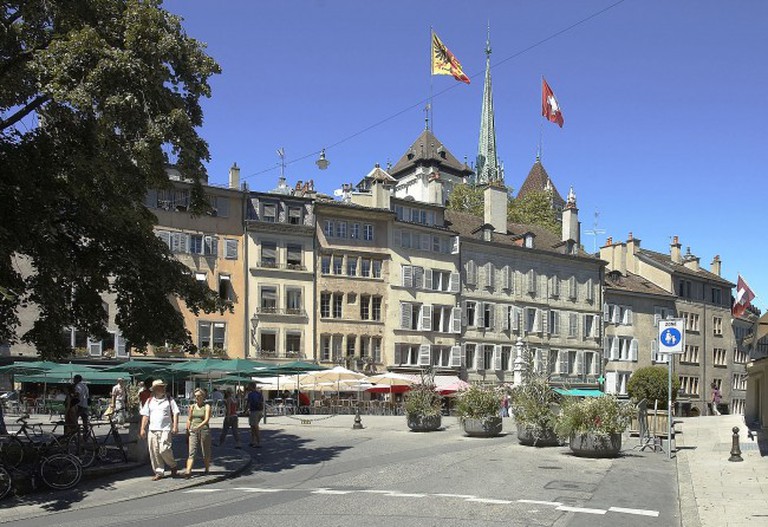 Situated in the center of the Old Town, the Maison Tavel is the oldest private residence in Geneva. It is a remarkable example of medieval architecture in Switzerland, having been rebuilt after a fire in 1334 to resemble its original 11th-century state. Since 1986, it has also housed the Museum of Urban History and Daily Life of Geneva, featuring in its permanent exhibition a number of relics from Geneva’s past, including engravings, paintings, and models. A particularly notable object within is the ‘Relief Magnin’, the largest historical relief in Switzerland, which presents Geneva as it looked before the destruction of its fortifications in 1850.

Just round the corner from the Maison Tavel is the intriguing Barbier-Mueller Museum, a great visit for anyone interested in antiquity. Founded in 1977, it now contains thousands of pieces, including fabrics, sculptures and works of art, all from the ancient world, both classical European and African. It is one of the few museums in Europe that unites two such different worlds so artfully and is, therefore, a truly unique experience.

This beautiful, tree-lined promenade offers a stunning panoramic view of Geneva. Originally used as a strategic post for military purposes, given its height and position, in the 16th century, it was transformed into a place of leisure around 200 years later. As well as the stunning views, it is worth seeing just for the wooden bench along the promenade, built in 1767 and measuring 120m, which is the longest of its kind in the world. It is also the site of a number of events throughout the year, including a music festival and the annual commemoration of the 1602 Battle of L’Escalade. 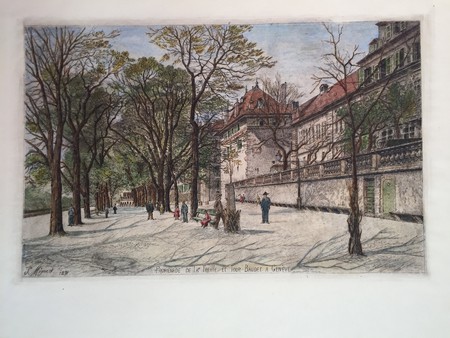 The International Museum of the Reformation

Geneva was one of the most important centers of the revolutionary Reformation that took place throughout Europe, as certain countries started to reject Catholicism in favor of Protestantism and other Christian alternatives. The International Museum of the Reformation, located appropriately right next to the significant St Pierre Cathedral, one of John Calvin’s refuges, displays the riveting history of religious change that swept Europe from 1536 onwards. What’s more, the exquisite building in which the museum is situated is a magnificent piece of history in itself. 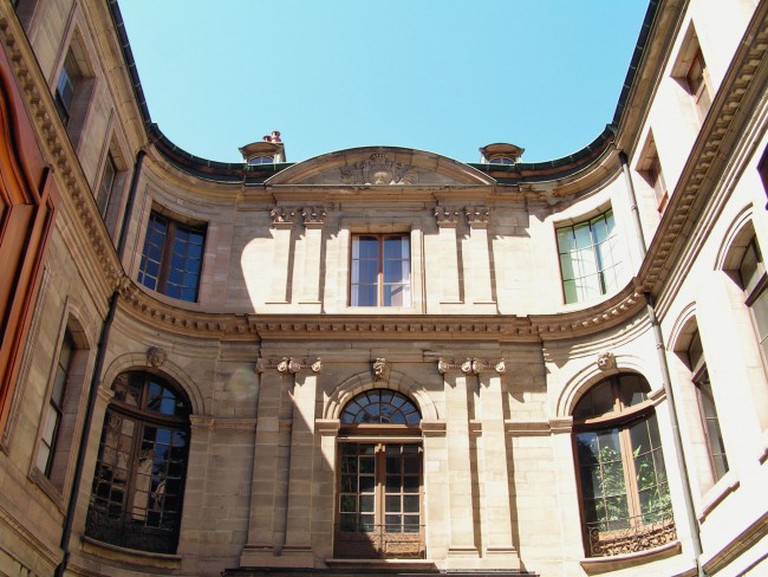 The International Museum of the Reformation | © Romano1246/WikiCommons

In the center of the Old Town, you will find five intriguing cannons, all used right up until the beginning of the 19th century. On the cannons travelers can spy out the Genevan Latin motto, Post tenebras lux, a Calvinist mantra that means “light after darkness”. The cannons are artfully displayed against beautiful mosaics, each depicting a different moment in Geneva’s history. Opposite the Arsenal is the striking structure of the Hôtel de Ville, or Town Hall, the center of Geneva’s municipal political scene. 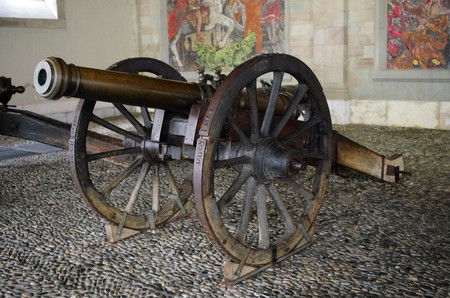 “Insolite” means unusual, quirky, or bizarre and La Galerie Insolite is certainly true to its name. Nestled in the iconic Place du Bourg-de-Four, this gallery contains an unusual collection of contemporary art, ceramics, jewelry and rare bottles of perfume. With regular exhibitions of local artists throughout the year, this gallery is a hidden gem of artistic creation. Examine at your leisure these stunning, personal pieces of art in the relaxed, cozy atmosphere of this boutique gallery.

Just a few hundred meters from the cathedral is situated the Galerie Jacques de la Béraudière. Boasting an impressive collection of paintings and sculptures from the 19th and 20th centuries, this gallery is a must for art-lovers, from amateurs to professional collectors. It is an especially good spot for those interested in the Surrealist movement, with a particularly good range of work from the likes of Magritte, Brauner, Dali, and Tanguy.

An intriguing vestige of the medieval period, the Passage de Monetier is a small alleyway that covers about a hundred meters at the foot of the ancient ramparts of the city, the entrance of which can be found along the historic Rue Perron. As a result of its darkness and narrowness, it is only open to the public once a year, during the commemoration of the Battle of L’Escalade, which takes place annually in the weekend preceding 12th December. For those who are lucky enough to find themselves in Geneva at this time, it is definitely worth visiting this symbolic passage that offers a rare opportunity to experience this important piece of medieval, Genevan history. 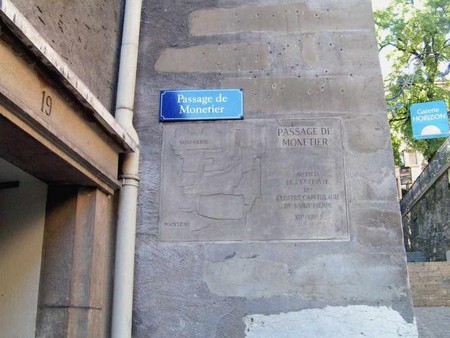